Born as László Elkán in 1910, the photographer now known as Lucien Hervé moved to Paris in 1929. His travels would embroil him in the upheaval of World War II, and bring him face-to-face with the political power struggles dominating Europe. Later, they would also unite him with the celebrated Swiss architect, Le Corbusier, and give rise to one of the most famous architectural collaborations of the 20th century. 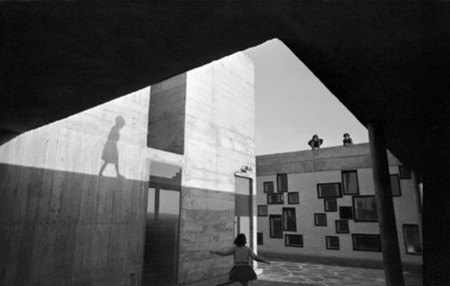 The journey from the humble son of a leather merchant, living on the remote corners of the Great Hungarian Plain, to one of the most celebrated architectural photographers of the entire 20th century, is – perhaps unsurprisingly – one laden with remarkable episodes and fascinating historical circumstances. But, like the photographic collections of Lucien Hervé himself, his life is a series of snippets best viewed in sequence, one that reveals the story of a man truly dedicated to his art, inseparably entwined and entangled with the zeitgeist of his time. 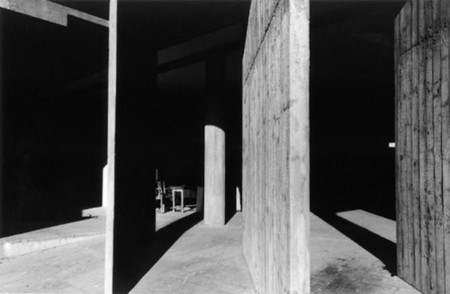 In Hungary between 1910 and 1928, László Elkán was a studious boy who seemed happy to shun the bourgeois lifestyle of his family. Following his father’s death in 1920, he took up classic Greek wrestling, throwing himself into competition with boys from all sorts of backgrounds, political alignments and societal standings. 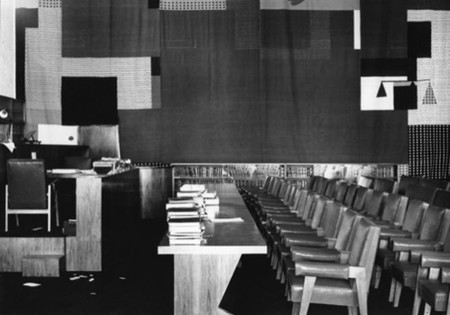 Perhaps it was here that he first discovered his innate socialist spirit, and combined it with his fierce love of contest and sturdy defiance. Later, when as a resistance leader, Hervé became embattled with the dark forces of Nazi Germany, or when, as a photographer, Hervé came to produce his famous depictions of Le Corbusier’s monumental buildings, it stands to reason that the same ideas were at work; here catapulting him to the highest echelons of the resistance movement in Vichy France; there shaping his grand portraits of even the most meagre internal archway, hidden crevice or shadowy wall. 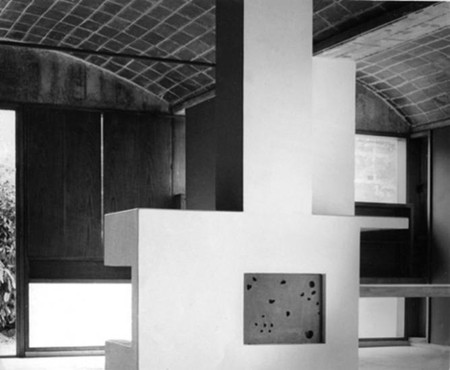 After settling in France in 1929, Elkán worked briefly as a bank clerk, and then in the administration departments of various Parisian haute couture companies. In 1938, he finally went to work as a photographer for the artistic and literary periodical Marianne. The tenure, though, was short lived and soon Elkán found himself conscripted as a military photographer in the tumult of 1939. By the end of 1940 he was in a German prisoner of war camp in Prussia, and by the end of 1941 he’d escaped the clutches of the Gestapo of Vichy France, where he promptly joined the French resistance and assumed the pseudonym Lucien Hervé. 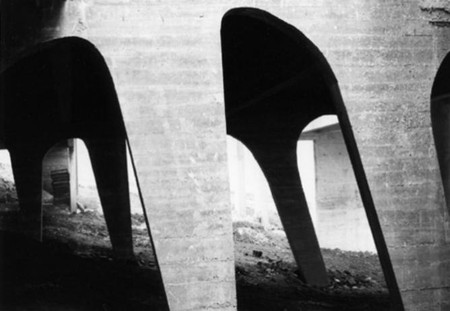 The period was perhaps one of the most formative in the young photographer’s life, galvanizing his resolve to struggle against fascism in Europe forever. However, Hervé would not take up his camera again until 1947, when he created his collection ‘Paris Sans Quitter Ma Fenêtre‘ — literally, ‘Paris without Leaving my Window’. Here, the geometric precision is so clearly present, and it famously caught Le Corbusier’s in 1949. Hervé is said to have cropped countless images in the series to isolate the stark lines and chiaroscuro of the space and create that inner image tension for which he has become known. Then there’s the curious human element — stark silhouettes of faceless figures that somehow become transformed into shapes in the negative spaces of the photograph; they seem consumed by the concrete and metropolitan body. Here, it’s easy to see Hervé edging towards the realm of architecture. 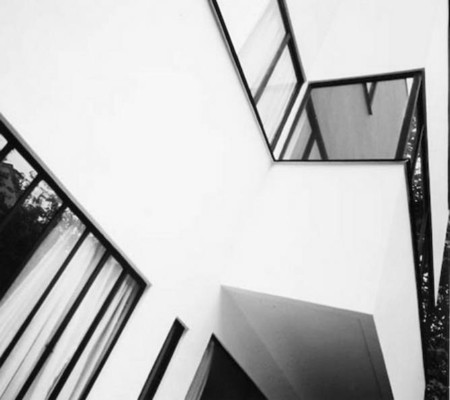 In 1949 came Hervé’s most definitive collection of photographs: A 650-piece sequence depicting the Unité d’Habitation building in Marseille — a stark, modernist conglomeration of housing tenements designed by Le Corbusier himself. Perhaps surprisingly, the pictures were rejected by the magazine that had commissioned them; sent back on the grounds that Hervé knew nothing about composing architectural shots. However, when Le Corbusier saw them, he immediately summoned Hervé to his flat in Paris and declared that the photographer possessed the very ‘soul of an architect’. 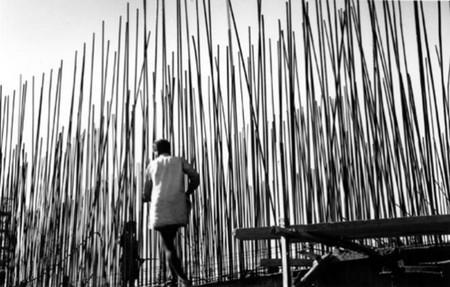 The Unité d’Habitation collection marked the start of a collaboration between Hervé and Le Corbusier that would last the next 16 years. It also did something to the status quo of architectural photography in Europe, repudiating the conviction that documentary pictures with simple broadside shots and head-on angles were the best way to communicate the style and character of buildings. 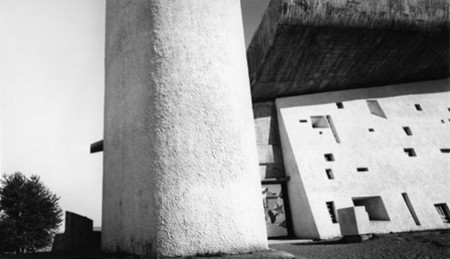 For Hervé, the work was a culmination of his ‘less is more’ philosophy, and also an amalgamation of the European avant-garde and contemporary photography. For the first time, architectural images were forcing the viewer to consider heavily cropped snippets of a building, rather than simply seeing ‘the whole’ with a wide shot. Thus, they create a sort of architectural experience, by moving through a space in intervals, isolating its integral parts, examining the shadows it casts and the geometry it manufactures.

The same style of oblique angles, heavy framing and hard-hitting contrast of light and dark was to inform Hervé’s work for Le Corbusier and other architects for the remainder of his career. He went on to photograph courthouses in India, archaeology digs in Syria and Lebanon, and UNESCO headquarters in Paris, all the while exploring spaces with his trademark vigor and intimacy; leaving no crevice or crack untouched by the narrow angled lens, and no geometric shape or alignment unexplored by the indiscriminate hand of his cropping tool.