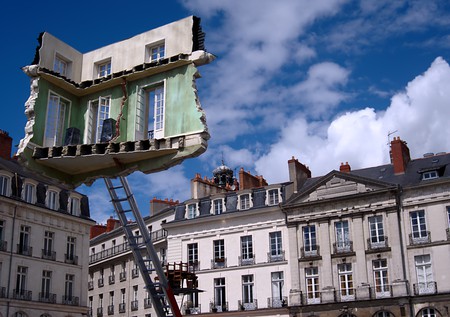 With its eclectic collection of art galleries, innovative contemporary art spaces, and bold street art, Nantes’ 21st-century makeover has earned the city a reputation as one of France’s artistic powerhouses – and the annual Le Voyage à Nantes (Journey to Nantes) festival has become its flagship event.

Held every year since 2011, the pioneering art and culture festival takes place over two months each summer and features dozens of art installations, performance pieces, and fun activities at up to 50 different sites all around the city. 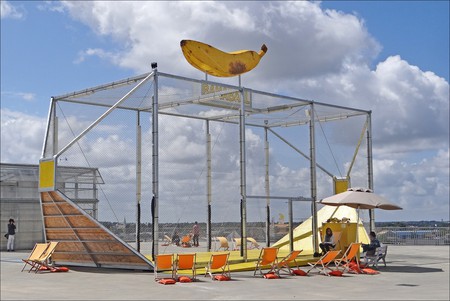 An urban playground on the rooftop of the Nantes School of Architecture, part of the Voyage á Nantes festival | © Jean-Pierre Dalbéra/Flickr

The festival is the latest in a string of endeavours spearheaded by Jean Blaise, the artistic director behind the Les Allumées and Estuaire art festivals and founder of Lieu Unique, one of Nantes’ coolest cultural spaces. It’s a unique and interactive concept that aims to blend tourism and the arts. Participants follow the ‘Green Line’, a cultural trail that leads to historic landmarks, cultural venues, public squares, and open spaces around Nantes — each transformed into performance or exhibition venues. 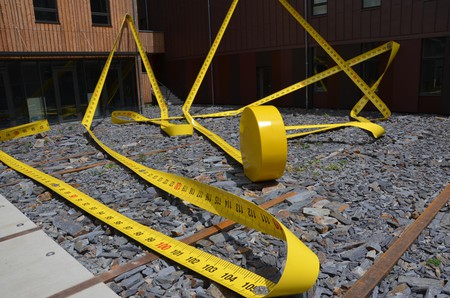 Every festival features a unique trail with creations by artists, sculptors, architects, landscapers, and designers. Past works have transformed pedestrian crossings into street art, a telephone box into an aquarium, or a public square into a basketball court. And many have been interactive, like a surrealist ping pong park, a moonscape playground, or a slide running down the side of the Château des Ducs de Bretagne. Some are practical, like an urban picnic site located in the old dockyards or a vegetable garden in Daviais Park, while others simply make for great photo opportunities, like a collection of super sized tape measures outside the Aethica construction company. The pieces have become so popular among locals, that many remain long after the festival ends, adding to Nantes’ rich tapestry of street art. 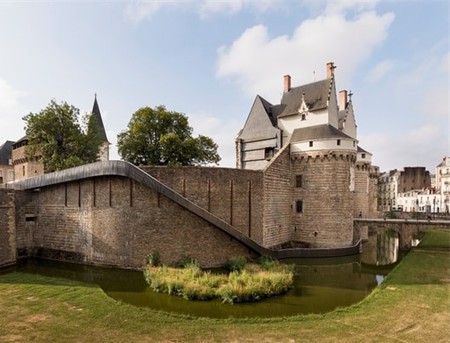 The 2018 Le Voyage Festival is the seventh edition of the festival and will be held from 30th June – 26th August. Most of the public installations are free, although some of the participating organisations also offer ticketed events and exhibitions. Although the trail passes though some of Nantes’ less-touristy neighbourhoods, many of the city’s top attractions will be taking part too, including the Île des Machines, the Château des Ducs de Bretagne, the Musée d’Arts de Nantes, Lieu Unique, and the Hub Galerie.

A map and information are available online at the festival website or from the Nantes tourist offices (the main one is found on the Île de Nantes).