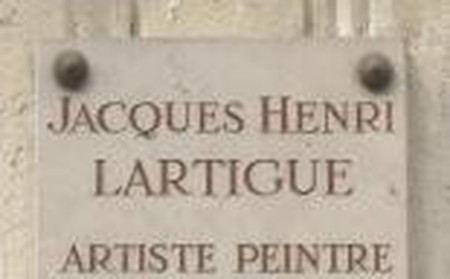 Armed with his first camera at age seven, Jacques Henri Lartigue went on to become one of the fathers of modern photography. His portfolio features beautifully natural, unadulterated snapshots of life in France at the turn of the century – automobiles, fashionable women, and artists like Josephine Baker. Here is a closer look at his life’s work. 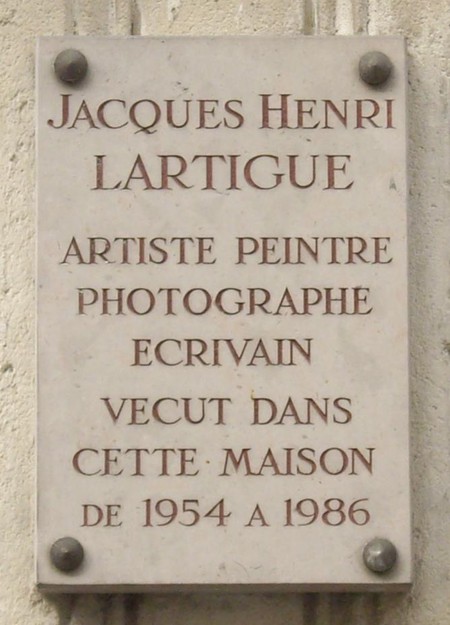 The secret to Jacques Henri Lartigue’s unique composition as a photographer was due, in part, to his honed skill as a gifted and successful painter. It is to this pursuit that Lartigue attributed his greatest professional success, having attended the Julien Academy to study painting in 1915 and sustained himself on the proceeds of that occupation for the majority of his life. Indeed, Lartigue’s photographical prowess – for which he is now best remembered – was only publicly discovered in 1962, when an exhibition of the then 69-year-old’s work was displayed at the Museum of Modern Art in New York. This was followed, in the same year, by an artistic credit in the famous Life Magazine: Lartigue’s images contributing to a poignant article examining the legacy of John F. Kennedy. These two instances propelled Lartigue into the spotlight almost overnight, a start so latent that it almost belies his reputation as one of the founders of modern photography. Immediately upon witnessing his work, the public became seemingly enamoured with the arresting quality, raw skill and honesty visible in Lartigue’s images, arising from the true passion and diligent cataloguing of an ‘ultimate amateur.’

Despite avoiding exhibiting his work until his later years, Lartigue produced an overwhelming body of photographs spanning the entirety of his life. His love of photography started as a child when Jacques’s father Henri provided him with his first camera in 1900 when he was aged just seven. As a result of this formidably early start, Lartigue’s portfolio features beautifully natural, unadulterated snapshots from his childhood in France at the turn of the century – automobiles, family outings and investigative snaps of his older brother’s inventions provide an animated and authentic encapsulation of the innocence of youth. Soon a pattern began to emerge within Lartigue’s images: automobiles, sports and aviation; Jacques focused on capturing the speed of highly dynamic events as far as they could be communicated by a frozen moment in time.

Unlike his contemporaries, Lartigue concentrated on movement arising from within its context. In his work, it appears as if his subject leap out of the restrictive aperture of the lens and move towards the three-dimensional life of the viewer.

We may think of early works such as ‘Monsieur Follette and his dog Tupy’ (Paris, 1912) as demonstration of this: the small dog, Tupy, springs out across a river chased in earnest by his master or, according to interpretation, is seen to be violently thrown across the narrow water by Monsieur Follette. Lartigue’s works thus tread the line between normality and a kind of primitive surrealism. His 1904 work ‘Ma Cousine Bichonnade’ is a classic example of this, where Bichonnade jumps off the steps on the Rue Contambert, yet her feet are hidden by her garments and her face so composed as she stares out of the picture, that the image takes on an almost disturbing and unsettling quality – as if Bichonnade is supernaturally flying downwards towards the floor.

There are also moments of almost sedentary calm in Lartigue’s craft that commonly stem from his frequent portraiture of women. Contemplative depictions such as those of his lover Renee in ‘Renee au Paris’ (1931) and the languid, soft-focus of ‘Les jumelles Rowe Paris’ (1927) and ‘Josephine Baker Paris’ (1927) demonstrate Lartigue’s fascination with conveying the quietude of the female spirit. Many of these portraits feature the woman in deep, arresting thought or with a cigarette in her hand and a wry smile – a far cry from the leaping energy of his other frames.

Lartigue was also an avid journal-keeper. Starting in his childhood, these documents were forever alongside him and he diligently contributed to them almost daily for the duration of his life. It is from within these pages that we learn the details of Lartigue’s marriage to Madeline Messager, daughter of the composer Andre Messager, with whom he had a son, Dani, a decade before the pair divorced in 1931. There are many telling snaps of the intimacy shared between Madeline and Jacques, none more poignant than the famous image captured on the night of their wedding, showing Madeline – or Bibi as she was known to friends – coquettishly staring into the lens of the camera as Lartigue invades the privacy of her bathroom as she is sat on the toilet.

The joy of their bohemian passions, which initially drew the pair together, began to falter following the death of their daughter, Veronique, in 1924 at just a few months old. Rocked by the tragedy, the pair was never able to recover the marriage and divorced.

Following the divorce, Lartigue became close with Romanian model Renee Perle, a partnership that resulted in a collection of images that demonstrate his reverence for her beauty but also demonstrate that which is lacking in comparison to his relationship with his ex-wife. This lacklustre quality may have, in part, been due to Jacques ongoing struggle following the dissolution of the Lartigue fortune; the family house that had been the setting to so many photographic adventures was now sold off, with Jacques relying on the commissioning and rapid production of painted portraits to make ends meet. It was at this point, at 69-years-old and now on his third marriage that Lartigue experienced his renaissance through the real-time images that had so comfortingly recorded his life.

The first retrospective to Lartigue was held in Paris in 1975, a year on from his commission by the President of France, Valéry Giscard d’Estaing, to shoot an official portrait photograph. Four years later, the Donation Agreement was signed and Lartigue became the first living French photographer to gift his works to the nation, the fund for which the Association des Amis de Jacques Henri Lartigue still works to preserve and promote. Lartigue continued to work as an avid photographer, painter and writer until his death in Nice in 1986, at the age of 92.