French film director and screenwriter Jacques Audiard was practically born into the film industry in Paris. His father, Michel Audiard, was a renowned screenwriter and director, while his uncle was a producer. Early in his life, Audiard rejected the thought of becoming involved in film, and began to study literature and philosophy at La Sorbonne in Paris. Eventually, after signing up for a film-editing class, Audiard wound up working as assistant editor to Roman Polanski’s for his 1976 film, Le Locataire. Audiard is the genius behind recent successes Un prophète, 2009 (A Prophet), De rouille et d’os, 2012 (Rust and Bone), and Dheepan, 2015. Read on to learn more about one of the most prominent figures in contemporary French cinema.

After working with Polanski, Audiard went on to write screenplays during the 1980s. He wrote a handful of scripts, including Mortelle randonnée, 1983 (Deadly Circuit) with his father. before directing his own films in the early 1990s, beginning with Regarde les hommes tomber, 1994 (See How They Fall). The film won the prestigious César award for Best First Feature Film and was nominated for Best Writing. Audiard’s films are often compared to American crime cinema, and Regarde les hommes tomber is a perfect example of this.

If you are a fan of French films, then you definitely know the French New Wave or, as they say en français, la Nouvelle Vague. Very popular in the 1950s and 1960s, its style focused on experimental use of handheld cameras, improvised acting with little to no script, and natural lighting. In an interview with The Guardian, Audiard says that he started directing at a time that was ‘very post-new wave’, and everyone was still very much against the use of scripts. As a writer, Audiard couldn’t help but disagree, saying that he must write a script ‘until the images come. And eventually, they do.’

After a successful first film, Audiard went on to write and direct the 1996 film, Un héros très discret (A Self Made Hero), based on the novel by Jean-François Deniau, a work which questions the divide between fantasy and reality. The filmmaker was nominated for Best Screenplay (which he won), Best Director, Best Writing, and the prestigious Palme d’Or Award at the 1996 Cannes Film Festival. Un heroes très discret was also awarded the Best Screenplay at the Stockholm Film Festival.

Five years later, Audiard made Sur mes lèvres (Read My Lips), another crime drama that sheds light on the gritty underworld of Paris – the story surrounding the unusual duo of a deaf woman and an ex-convict. The film won three César awards for Best Leading Actress, Best Sound, and Best Writing.

Audiard’s next film, De battre mon cœur s’est arrêté, (The Beat That My Heart Skipped) was released at the Berlin Film Festival in 2005, and won numerous awards. The film is based on James Toback’s 1978 film Fingers. Audiard has been known to enjoy adapting classic films, and has also remade works by French masters like Claude Miller and Michel Blanc. De battre mon cœur s’est arrêté is the story of a realtor who is torn between a life of crime and his passion to become a concert pianist. The film was awarded the BAFTA award for Best Film not in the English Language, the Silver Berlin Bear: Best Film Music at the Berlin Film Festival, and eight César awards including Best Director and Best Screenplay – Adapted being awarded to Audiard.

Audiard’s more recent successes are Un prophète, 2009 (A Prophet), De rouille et d’os, 2012 (Rust and Bone), and Dheepan, 2015. Un prophète is about an Algerian man who is imprisoned for petty crime, becoming involved in the prison hierarchy and drug trafficking, eventually submerging himself in Muslim subculture. While filming Un prophète, Audiard expressed his thoughts regarding the casting system in French cinema, commenting on the lack of diversity. Audiard says, ‘A Prophet is maybe the point at which I began to feel uncomfortable with the French casting system. I felt like I needed to direct other faces, other skin colors, other ways of speaking and thinking, other forms of expression from what we are used to seeing.’ Un prophète was awarded over 15 awards, including the BAFTA for Best Film Not in The English Language, the Grand prix at the 2009 Cannes Film Festival, and three César awards for Best Film, Best Director, and Best Original Screenplay. 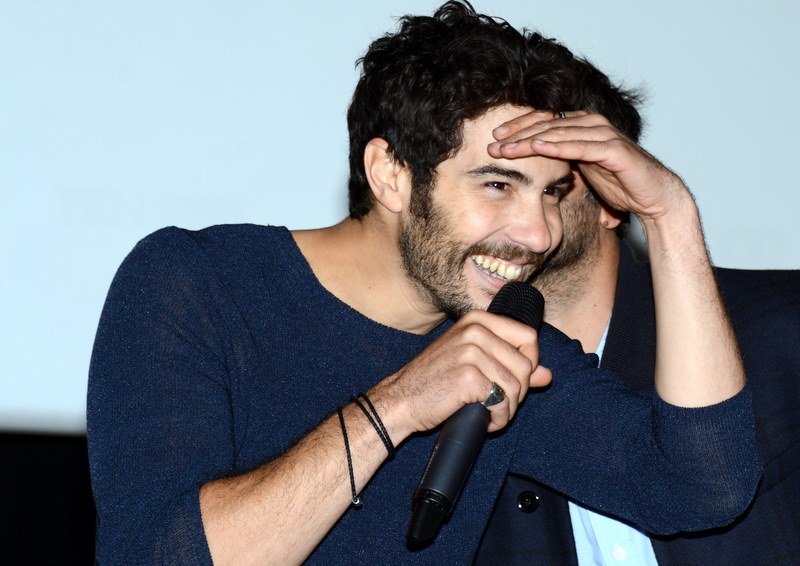 De rouille et d’os, 2012 (Rust and Bone) is a romance-drama staring acclaimed actors Marion Cotillard and Matthias Schoenaerts. The film was adapted from a series of short stories by Craig Davidson. The story is about an unlikely love that blossoms between a killer whale trainer and an unemployed single father who enjoys fighting for fun. The film was released at the 2012 Cannes Film Festival, and was so well received that at the end of the screening there was a ten minute standing ovation. The film was nominated for countless awards, winning the Swann d’Or for Best Film at the Cabourg Film Festival and the César award for Best Adaptation.

In 2015, Audiard released his seventh feature film, Dheepan, the story of three Tamil refugees who flee Sri Lanka during the civil war. The refugees pose as a family in order to seek asylum in France, and eventually move to Paris in the hopes of rebuilding their lives. Dheepan won the sought-after Palme d’Or award at the 2015 Cannes Film Festival, and after receiving the award Audiard said, ‘To receive a prize from the Coen brothers is something pretty exceptional. I’m very touched’. After the success of the film, Audiard has said that he hopes the film can help to bring awareness to the refugee crisis that Europe is currently experiencing.

For someone who didn’t want anything to do with the film industry, it is clear that Jacques Audiard has become a master of contemporary French cinema. After the successes of his most recent films, critics and fans alike eagerly await his next project.