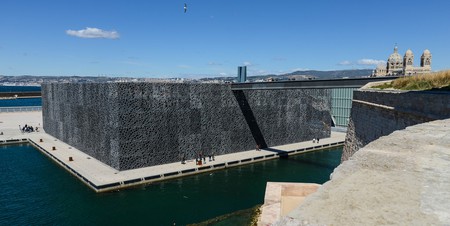 The difference between neighbours Aix and Marseille is striking | © Hervé/Flickr

Aix and Marseille in the south of France are like chalk and cheese. They are city siblings, part of the same metropolitan district, and residents of both love to hate each other’s town.

The town of Aix en Provence and the city of Marseille are neighbours and recently part of the same metropolitan area – but they couldn’t be more different. Super chic Aix is a world away from diverse, multi-cultural Marseille and residents of both often hate each other’s towns with a passion. It’s a love-hate thang.

It’s All About the Culture, Baby

Aix prides itself on being the birthplace and hometown of the painter Cézanne, one of France’s most beloved painters. Its museums showcase his work as well as being home for new “high culture” exhibitions – it’s annual opera festival in June, as well as numerous literary and street music festivals are the pride of the town. The most popular brasserie in town, Les Deux Garçons, is where Cézanne and Emile Zola used to hang out. Marseille is much more down to earth. Its graffiti (often frowned upon in Aix) offers a stunning look at modern local life through the streets of the trendy neighbourhood Cours Julien. Graffiti isn’t washed off the walls in Marseille as soon as it arrives, as it is in Aix. You’re also much more likely to find a wider range of cultural activities in Marseille, like the MUCEM (Museum of European and Mediterranean Civilisations). 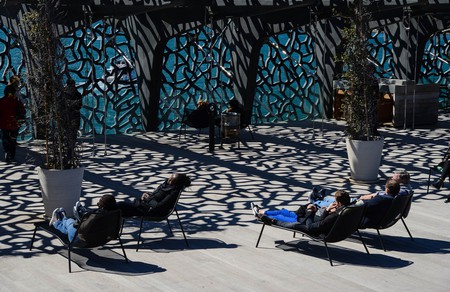 A Multi-Cultural City Versus a Homogeneous Town

Marseille is a great place to integrate yourself into African culture – it’s a melting pot for Algerian, Tunisian and Moroccan cultures, among others. The street markets are heaving with African spices and the restaurants range from Ethiopian to Somalian and beyond. It can often be a little bit scary to Aixois residents to be surrounded by so many people whose culture is so far away from their own. And it makes them a little nervous. Crime rates are higher in Marseille than in Aix – it’s a bigger city, there are more people and there’s a wider mixture of income ranges. Marseille residents like this mix of cultural diversity – it shows itself in their art, festivals and food. And they take pride in it. Aix by comparison is far more white and upper middle class. The markets in Aix will mostly specialise in high quality, gourmet, local French food. 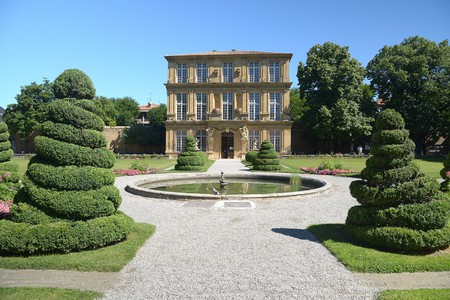 The grandeur of Aix | © Ben/Flickr

Aix is Pristine but Marseille Has More Life

Aix and Marseille have some beautiful architectural wonders. Aix has the Cours Mirabeau and its fountains – Aix is often called “the city of 1000 fountains”. Whilst it doesn’t technically have 1000 of them, it has a lot. Marseille has its own wonders – the Basilique Notre-Dame de la Garde and the Longchamp Palais. The difference is the state of the rest of the town. Aix is in pristine condition – every street is carefully washed down and the rubbish collected three times a day for people who live in the old town. It’s partly to do with their tourism – thousands of people arrive every day to walk the old town, to revel in its history and to take a walk back in time. They couldn’t afford to have a dirty town. Marseille as France’s second largest city – it has over a million people, compared to 150,000 of Aix’s permanent residents – has a reputation for being the dirtiest city in France. The rubbish collectors are often on strike and common heresay says they are allowed to finish their shift once they reach the end of their route – they are apparently not checked on how much rubbish they collect. Lovers of Marseille say it just adds to the city vibe, keeping it real. 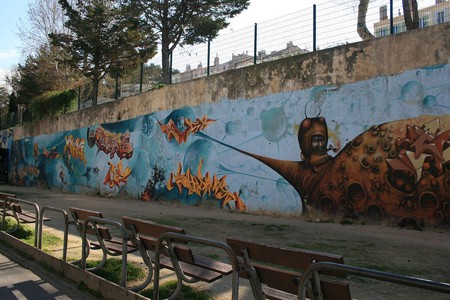 Aix Doesn’t Do Anything But Posh

Aix is often called the 21st suburb or “arondissement” of Paris and it shows in everything that Aix and its residents do. Aix has a large selection of high-end boutiques and gourmet food shops (which are often found in Marseille too) but it doesn’t do low-end shops. On the contrary, Marseille has a good selection of shops for every budget. 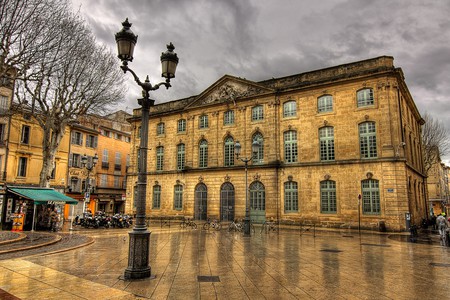 Marseille Has the Sea & Aix is Inland

Marseille is incredibly proud of its coastline, and rightly so. It has the natural wonders of the Calanques – sea inlets that provide great swimming, eating and hiking opportunities and a coastline that has some of the most expensive real estate on the planet. It’s a great place to find bouillabaisse, the local fish stew that is a delicacy and was created in Marseille. Aix is 30 minutes inland so it can’t boast a shoreline to match – residents looking for pools in the long summer months often join country clubs on the outskirts of town. Marseille residents will jump on their scooters and go for a dip. 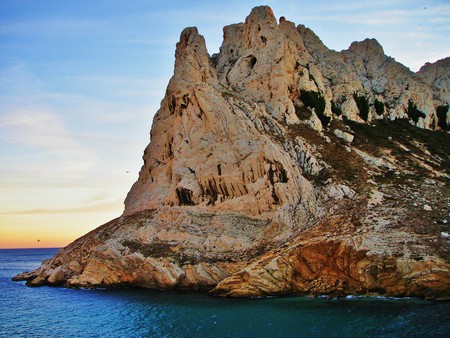 Marseille boasts one of France's spectacular natural wonder, the Calanques | © fab to pix/Flickr

Whatever kind of city you like to live in, one thing is clear. Both are great places to visit for completely different reasons. What’s more, now that Marseille and Aix technically belong to the same metropolitan area, Aix can now boast a great coastline and Marseille can become more posh. Maybe they can meet somewhere in the middle…