Île Sainte-Marguerite and the Secret Prisoner of Cannes 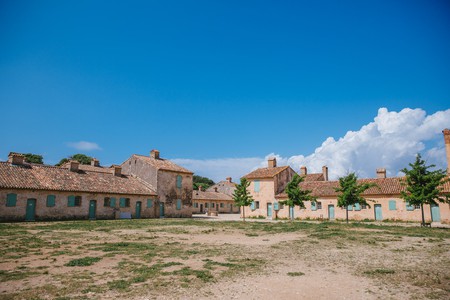 The subject of countless books and films, many believe The Man in the Iron Mask to be a work of complete fiction. The story is shrouded in mystery, but one of the many surprises that Cannes has to reveal is the story of a masked prisoner who was held captive just off its sunny shores. 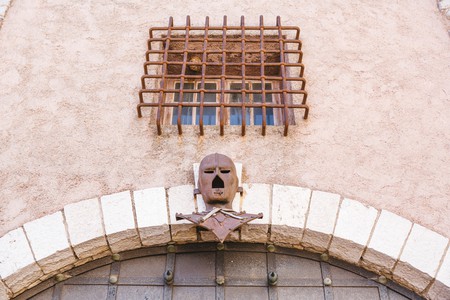 There are references to the unfortunate prisoner in the ‘Old Town’ in Cannes. A mask placed above a door in Le Suquet welcomes you to Tour du Masque, a tower that is supposedly haunted by the ghost of the mysterious man.

The supernatural element only adds to the perception that this story is a fabrication, an unsettling tale best treated as a chilling reminder of 12th-century France’s darker side. There’s little else to go on in Cannes itself, but just across the coast of the French Riviera sits a collection of islands that are essential spots for any curious tourists.

The Man in the Iron Mask in popular culture

French writer Alexandre Dumas’ third and final novel following the adventures of the three musketeers is where the first account of the iron mask was recorded. Taking on legends and rumours of the time, Dumas constructed his story around one of the many theories surrounding the identity of the prisoner in question.

It’s the same theory used in the Leonardo DiCaprio film adaptation, which follows the novel closely. The 1998 film is hardly the first or last on the subject, and in many ways the cinematic versions of the film play out as sequels to The Three Musketeers. As in the book, most adaptations also feature d’Artagnan.

The first film was a silent adaptation from Italy, known as La Maschera di Ferro. This reflects the French title of L’homme au Masque de Fer, as well as the perceived wisdom that the man was held in the Fortress of Pignerol in Italy at some point in his incarceration.

One thing that most adaptations get wrong, or more likely decide to skip, is the fact that if there was a mask at all, then it would have been made of black velvet cloth and not iron. 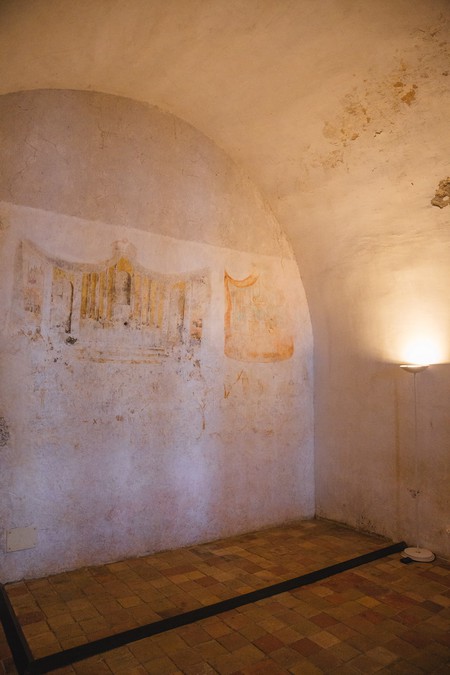 Who was the man in the iron mask?

The identity of the man in the iron mask remains a mystery to this day. The most popular theory is that the man was older, illegitimate brother of Louis XIV. The most famous exponent of this idea was the writer and philosopher Voltaire, and it is he who also popularised the notion of an iron mask as opposed to the cloth version.

More recent research has suggested that the man was named Eustache Dauger, who was involved in several political scandals in the 17th century. The prisoner was arrested in 1669 or 1670 and was held captive until his death on 19 November 1703. Such specific details add to the validity of a masked prisoner’s existence, but his true identity still eludes researchers and historians.

What is known is that the jailer was Bénigne Dauvergne de Saint-Mars, who was a prison governor close to the French government. In 1687 Dauvergne became governor of the Lérins Islands in the Gulf of Cannes, bringing the famous prisoner with him to the cells of Île Sainte-Marguerite. 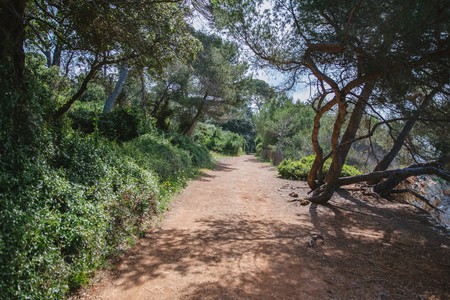 The Îles de Lérins (Lérins Islands) are a little group of four islands in the Mediterranean off the coast of Cannes. A favourite among Cannes’ visitors, Palm Beach overlooks the island of Sainte-Marguerite. The island of Saint-Honorat is the second most well-known of the four. Take a boat from the port and wander around the abbey on the island, where the monks, who have taken a vow of silence, make wine and honey. Or, opt for taking a long walk around Sainte-Marguerite along the coast. 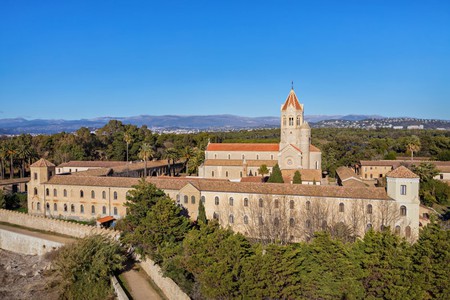 Île Sainte-Marguerite is the largest of the Lerins islands, and is a short boat ride away from Cannes. Famed for its natural, unspoiled beauty, only a handful of permanent residents live there now; primarily fisherman who have called this tourist hotspot home for generations.

The island was first occupied by the Romans, who called it Lero, but it was renamed later by crusaders who built a chapel honoring St Margaret of Antioch. In the 14th century, Raymond Féraud depicted a fictional nun of the same name in his writings. She was said to have lived on the island, thus becoming associated with it.

The fortress dominates the skyline, which is otherwise made up of umbrella pines. In the 17th century it was a prison; Abd al-Qadir al-Jaza’iri (an Algerian rebel leader), Marquis Jouffroy d’Abbans (inventor of the steamboat) and Marshal Bazaine are all known to have spent time here, with the latter being the only successful escapee… that we know of. 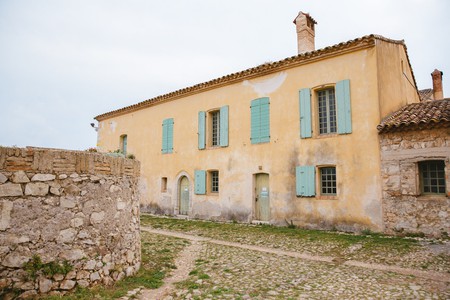 The Prison of Île Sainte-Marguerite

The fort, located on the northernmost point, has become a popular tourist and educational destination in recent years; year-round you’ll see school trips taking place, and there are even lodgings for pupils to sleep in within the walls.

There’s a museum and a beautiful chapel to explore, but the main attraction is undoubtedly the cell of L’homme au Masque de Fer. Don’t expect to find the mask itself there, however. Instead there are other relics on display, as well as several art installations. The cell itself is actually quite large, although one suspects this wasn’t for comfort and more to facilitate torture. 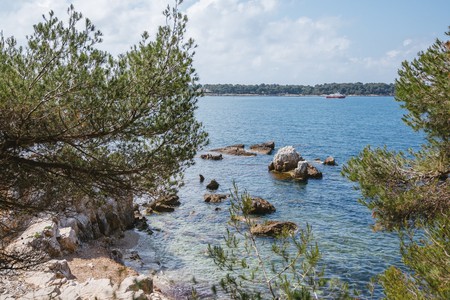 Back in Le Suquet, the story goes that the man in the mask actually escaped and ended up in the tower we mentioned earlier. He supposedly died here too, and haunts it to this day. It’s about as happy as this dark tale gets, and one that is worth exploring when visiting Cannes yourself.