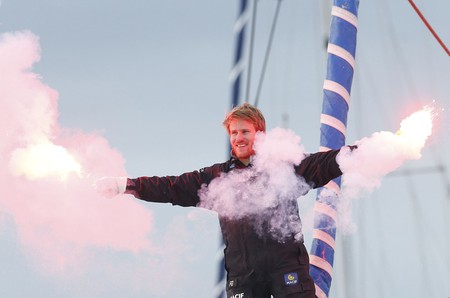 French sailor, François Gabart broke the world record for sailing non-stop around the world this week. He slashed six days and ten hours off what everyone thought was an unbeatable record.

Gabart completed his voyage in 42 days, 16 hours and 35 seconds. Here’s how he did it and what you need to get through this amazing feat.

Be capable of extreme solitude

Not everyone can be alone for six weeks and even fewer people in that small group can test their capabilities when they are in the middle of the Pacific Ocean. Gabart has travelled over 4000 kilometres (2485 miles) on his own, which is further than many astronauts. As French newspaper Le Monde put it in comparison, astronauts travel just 400 kilometres (248 miles) above the earth when they travel into space, much less than round-the-world sailors. As he approached the Indian Ocean, Gabard said that, ‘in the coming weeks, there will be absolutely nobody, with maybe a few people here and there around the islands of Crozet and Kerguelen, otherwise nothing. But that doesn’t bother me all that much’. 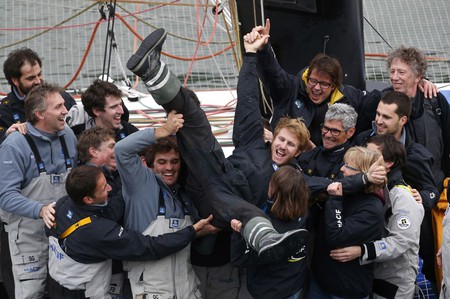 Mandatory Credit: Photo by Thibault Camus/AP/REX/Shutterstock (9295361a) French skipper Francois Gabart celebrates his world record with his team, in the Brest harbor, western France, . Gabart has broken the record for sailing around the world alone, circumnavigating the planet in just 42 days and 16 hours Solo Sailing Record, Brest, France - 17 Dec 2017

To sail single-handedly, you have to do everything yourself and repeat the same actions over and over, 24-hours a day, with no breaks for weeks and weeks. Gabart was given the nickname ‘Excel Spreadsheet’ by his team who helped him prepare. The Local reported that this was due to his ability to process information in an extremely rational way and not panic or let anything get in the way of his focus. He has been known to ignore his parents and teammates as they arrive in boats alongside him during a race. He has the ability to stay focused on winning the race or beating the clock. 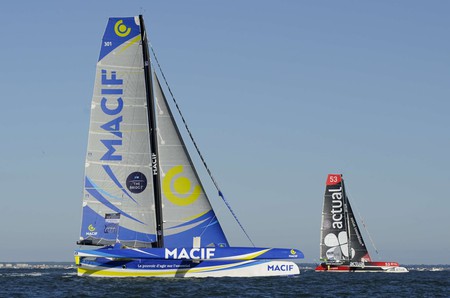 Be an interesting mix of science and art

Gabart seems to be a man of paradoxes. He doesn’t like to swim but loves the ocean. He has a keen knowledge of meteorology (he was reading books on the weather at the age of ten) but is also able to see the poetry in how a cloud rolls by. It’s not just about knowing how to sail but also appreciating why you want to do it – you’ll need both to get you through. Gabart is a multitasker under pressure. Onboard videos show him doing metalwork to repair the boat while also filming his repairs. 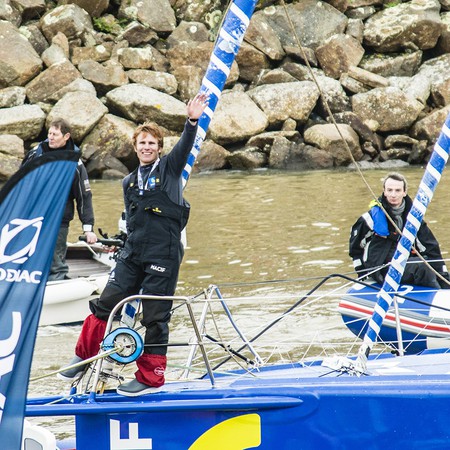 Have tonnes of sailing experience

Gabart is no stranger to setting world records for sailing around the world. He won the famous Vendée Globe race in 2012-13, where sailors have to sail single-handedly around the world without any assistance. It takes place every four years and he completed it in 78 days, 2 hours and 16 minutes.

So what’s next for skipper Gabart? At the very least he has the option of creating his own crepe in a local restaurant, which has given the same honour to every winner of the Vendée Globe or any sailor with a round-the-world title. As the first person to achieve both, it’s a done deal.