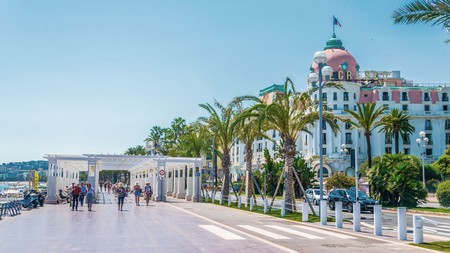 Lavish marinas, red-carpet shows and charming harbour towns are part of the French Riviera’s undeniable allure. There’s no better way to experience the golden Côte d’Azur than through a super-fun road trip across the infinite coast, from Monaco to Marseille.

From the fancy Boulevard de la Croisette in Cannes and the magnificent Palace of Monaco to the picturesque neighbourhoods of Marseille, a road trip in the southeast of France will introduce you to the extravaganza that is the Côte d’Azur. Follow our suggested route and get to know this glittering coastline.

Monaco – the glorious twists and turns

There couldn’t be a more fitting starting point for a road trip along the French Riviera than dazzling Monaco. This opulent principality exudes glamour at every turn.

Follow the Circuit de Monaco in Monte Carlo, the route where the Grand Prix takes place every May, and take in the splendour of the plush marina. Cruise around the luxurious yachts and say hello to fellow drivers – don’t fret if their cars are slightly more expensive than yours, it’s the attitude that counts. Marvel at the high-rise-dotted Monte Carlo skyline and, if you’re feeling extra lucky, place your bets at a roulette table in the posh Monte Carlo Casino. 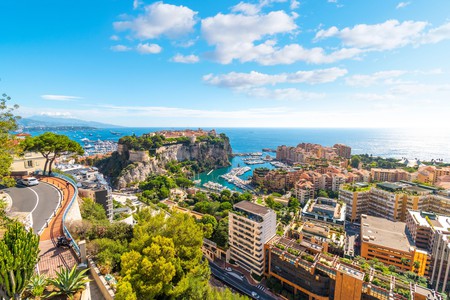 Take a break from all the glitz and glamour of Monte Carlo to experience old-world charm on the Rock of Monaco. This is where the grandiose Palace of Monaco lies, along with the Saint Nicholas Cathedral where Prince Rainier and Grace Kelly rest.

Nice – the soothing colours of the Côte d’Azur

Just 3km (2mi) to the west of Monaco, you’ll find the medieval village of Èze. Make a little detour and immerse yourselves in its exotic gardens, but don’t take too long – the lovely Nice awaits.

Stroll along the narrow streets of Nice’s Old Town, in between terracotta-hued houses and Baroque churches, and get a taste of the local produce at the flower, fruit and vegetables market Cours Saleya. 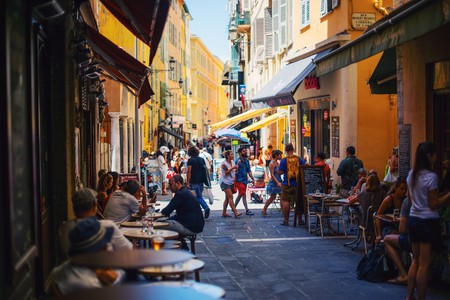 Mooch around on the Promenade des Anglais, lined with gorgeous Belle Époque buildings, before stopping by the famous Le Negresco for a cup of coffee. This hotel is so pretty, it could easily double as a Disney princess’s palace. Follow the staircase right next to the Promenade or take the lift leading all the way up to Castle Hill. The views are truly spectacular.

If you have a few hours to spare, visit the impressive Marc Chagall and Matisse museums, dedicated to the work of the respective painters.

Less than an hour away lies this celeb magnet, the sophisticated Cannes. The city is known for its annual international film festival, which has usually been held during the month of May for over 70 years. Don’t worry if you don’t get to attend this prestigious event – after all, it’s invitation-only. There’s actually plenty more to see here.

Leave the red carpet of the Palais des Festivals and the Hollywood stars’ yachts behind, and let the high-end boutiques of the Boulevard de la Croisette lure you into the sparkling world of fashion. Somewhere amid the towering palm trees, you will also see the InterContinental Carlton Cannes hotel that served as the main set for Alfred Hitchcock’s 1955 film To Catch a Thief, starring Grace Kelly and Cary Grant. 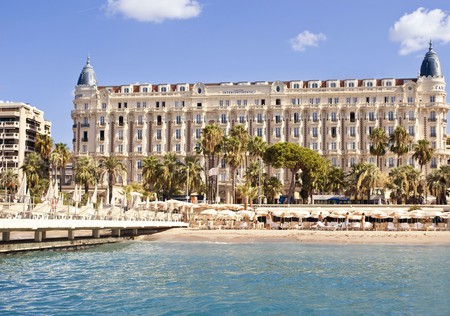 Le Suquet, the city’s quaint old quarter, is where you can explore the other side of Cannes – the one with the colourful local shops and little cafés, the sweet-smelling bakeries and the paved alleyways hosting cute bistros.

Pass by the exotic Saint-Tropez, if only for a laid-back stroll by the beach – or an after-hours party, if that’s your kind of fun – and catch your breath at Les Deux Garçons brasserie in Aix-en-Provence; this used to be painter Paul Cézanne’s favourite hangout. You are now ready for your final stop: Marseille.

Following the city’s revamp in the late ‘90s, and its 2013 title as European Capital of Culture, Marseille has gradually become one of the most splendid spots along the French Riviera.

Greeting you at the Old Port is the majestic Basilique Notre-Dame de la Garde. From there, it’s worth taking a boat trip to visit the 16th-century Château d’If, the picturesque fortress that inspired The Count of Monte Cristo. 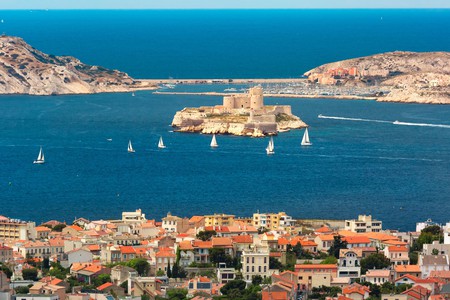 Back on the shore, the city is spread across 111 quarters, among which the characterful La Plaine and Le Cours Julien. Explore all the artistic cafés and restaurants with the pastel-coloured façades and don’t leave without tasting a navette, Marseille’s staple boat-shaped biscuit, at Four des Navettes, the oldest bakery in town.

Keep in mind that Uber operates throughout most of the Côte d’Azur, so feel free to use it whenever you get tired from driving around. Buses and trains are also available, connecting coastal towns to hillside villages. With a Ticket Azur, you’ll be able to move between Nice and a number of nearby towns like Grasse, Èze and Monaco. There’s also the Regional Express Train (or TER) which connects coastal cities throughout the Riviera, from Fréjus to Ventimiglia, Italy.

Remember that smaller boutiques and markets are closed on Sundays, while some restaurants are closed on Mondays. Museums are usually closed either on Mondays or on Tuesdays. If you wish to make the most of the sights, you can buy a Côte d’Azur Card – at €45 (£39) for a three-activities adult pass and at €65 (£56) for a five-activities adult pass – and get access to more than 100 attractions, including the exotic gardens in Èze and the Oceanographic Museum in Monaco. 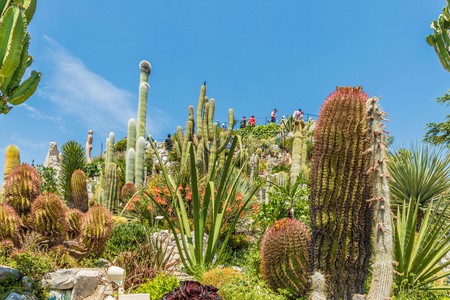 Most private beaches remain open throughout the summer and until October, but some of them are also open year-round, such as the Blue Beach along the Promenade des Anglais in Nice, or Plage Goéland on the Boulevard de la Croisette in Cannes. Should you decide to visit in autumn or spring, make sure to check which ones are closed.