How to Spend 48 Hours in Nice, France 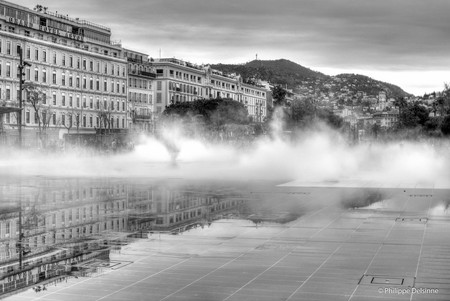 Nice's Coulée Verte - 48 hours in Nice is just enough time to take in the art, the history, the food, the culture, the views and the beach | © Philippe Delsinne/flickr

There are lots of wonderful things to do in Nice, but there are some absolute essentials. You probably want to make sure you have the coastal views, the jazz, the art, the Roman remains, and the obligatory “Salade Niçoise” covered. Some activities are better in the warmer weather but you can do most of them all year round. If you only have 48 hours, here’s what we recommend doing at any time of the year.

If you go in summer, it’s probably going to be too much hassle to hire a car just for 48 hours; summer traffic jams on the French Riviera are legendary. So we’ve kept everything on this guide local but it is well worth heading out of town, slightly westwards, towards Juan-les-Pins if you’re at all interested in its jazz history.

Morning – The old port, the flower market and antiques shopping

The French don’t have big breakfasts (lunch and dinner is really their thing) so head to a café you like the look of at the old port, order a croissant and a coffee overlooking the harbour and save room for later. You’ll need it. If you want a little more sustenance, ask for a “tartine et confiture” (baguette, butter and jam) to tide you over. Enjoy the view of the boats; there’s been a port here since 1745.

Potter round the old port and wander the streets of Old Town, up and down the little alleys, which have become synonymous with Nice. There are some lovely antique/flea markets in this area, like Puces de Nice, where you’ll find 30 or so antique/bric-a-brac shops huddled together for you to peruse.

Next, head to the flower market on Cours Saleya (“marché aux fleurs”), which has been trading in Nice since 1897. Walk up and down the stalls, under the brightly-coloured, stripey awnings and marvel at what’s on sale. Taste the fresh vegetables, be tempted by the fruit and stop for a little “socca” for lunch. It’s chickpea flatbread and a local delicacy. Wash it all down with some local wine. You may also want to buy a picnic lunch here for tomorrow and some snacks for later. 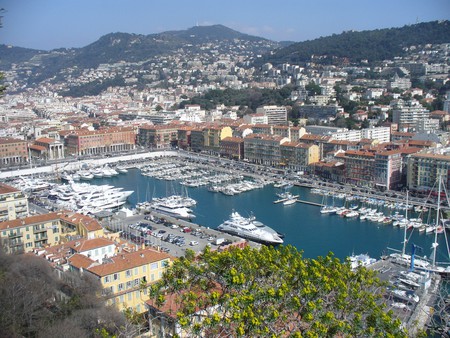 After some people-watching at the market, head up towards the neighbourhood of Cimiez to take in some art and history. Start with the Chagall Museum on the Boulevard de Cimiez, where you can see his interpretations of the bible and his amazing stained glass. Marvel, as Picasso once did, on how Chagall understands the use of colour in his work.

Follow the boulevard up through the smart residential neighbourhood of Cimiez, admiring the “Belle Epoque” architecture from the period preceding World War I. It was here that the grand hotels were built to accommodate English winter residents, at the turn of the 20th century. It’s where Matisse took up residence in a villa, now the Musée Matisse.

After wandering around the museum, take some time out for history, visiting the Roman remains of Cemenelum (later Cimiez, in French) from the 1st century AD. Eat some of the things you bought earlier – fresh cheese and tomatoes, raspberries and blueberries – while sitting in the Roman arena. This was once home to the Nice Jazz Festival until 2011, when it got too big and had to move into the centre of town at Place Masséna. On the way back, visit the 16th-century Franciscan Monk Monastery before ambling back to the hotel. 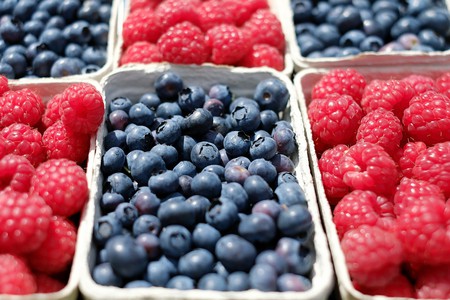 Evening – The Negresco, the Promenade des Anglais and jazz clubs

A visit to Nice wouldn’t be complete without a visit to the most indulgent restaurant of all, in one of the best known hotels, The Negresco. If the budget can stretch to it, book a table at Le Chantecler. It has two Michelin stars, 15,000 bottles of wine in its cellar and the top menu costs 230€ (£195). If that seems a little steep, have a cocktail in the bar and amble down the Promenade des Anglais to have a less expensive – but still gourmet – dinner at 3e, at the Hyatt Regency hotel. Both will give you an incomparable view from high up on the Promenade.

If you want something lighter, head to one of the private beaches like Sporting Plage, where the atmosphere is lively and the service friendly. The views over the sea are just as nice, but at ground level. Buy an ice cream for dessert and wander along the Promenade des Anglais. If you have the energy, head to one of the jazz clubs like Shapko or B Spot. Nice has had a strong association with jazz, ever since writers like F Scott Fitzgerald held wild parties to the soundtrack of jazz during the 1920s. Both are open until late. If jazz isn’t your thing, head to one of the cool rooftop terraces to have “one for the road”.

Start the morning off with croissants and coffee in Place Masséna, in the heart of Nice’s New Town. Nice’s carnival and the Jazz Festival both use the square as a home. Wander around the Gardens of Albert 1st (Jardin Albert 1er) and the Coulée Verte, which is the green promenade that runs from the Promenade des Anglais away from the sea. This is the heart of family space on a Sunday morning but it’s busy most days with joggers, families, tourists and workers taking a break. It leads to the MAMAC, Nice’s Museum of Modern and Contemporary Art, which is definitely worth a visit. End the morning by finding somewhere lovely for lunch. Either head to the impressive Boulevard Victor Hugo for the upmarket bistros, to the Hotel Aston (which overlooks the Coulée Verte and has a lovely roof terrace), or to the ultra hip pool lounge and terrace at Le Meridien for the compulsory Salade Niçoise.

Salade Niçoise had become popular in the region by the early 19th century, although at that time it mostly only consisted of tomatoes, anchovies and olive oil. In fact, many die-hard local cooks still swear that it should really be, first-and-foremost, a tomato dish and they tend to shy away from the later additions of tuna, haricots verts (green beans) and potatoes. It was always a peasants dish and many purists think the recipe should never be changed. Regardless, you will find many versions of Salade Niçoise in Nice. The only thing to remember is that you need to eat it, however it’s made. 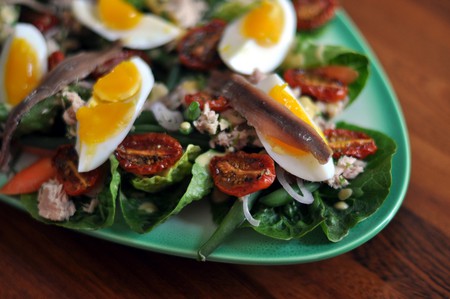 48 hours in Nice would not be complete without the obligatory Salade Niçoise, which was created here | © Cyclone Bill/flickr

It’s time to wear off the lunch with a nice walk. Walk back along to Old Town and head up to Castle Hill, the highest point in Nice. It’s where the chateau used to be and where a park was built in the early 20th century. It’s a great place to get one of the best panoramas in Nice. It’s one of a handful of ideal places to propose marriage if the mood takes you. Or take a seat and take in the view. Read one of the French classics or at least a book that features the French Riviera.

If you’re in the mood for more art, head back into New Town and take in a couple of different museums. The Musée Masséna was built for French aristocrat and art lover Victor Masséna in 1898 and was bequeathed to Nice as a permanent art museum. If the innate 19th-century carvings and paintings are not to your liking, head up to the Musée des Beaux-Arts. The villa was built for a princess and the art inside is just as amazing; it ranges from the 15th century to the 20th.

Evening – it’s time for the beach and the sunset

Your 48 hours in Nice would not be complete without some time at the beach. If it’s warm, find a sun lounger at one of the private beaches (for approximately 10€ (£8.50) you get a bed, a locker and waiter service for that all-important evening cocktail). It also means that you won’t have to be worried about pickpockets and thieves if you swim. People love Sporting Plage or Castel Beach (or Ruhl if you have kids). Buy a cocktail, watch the sunset and toast the great weekend. 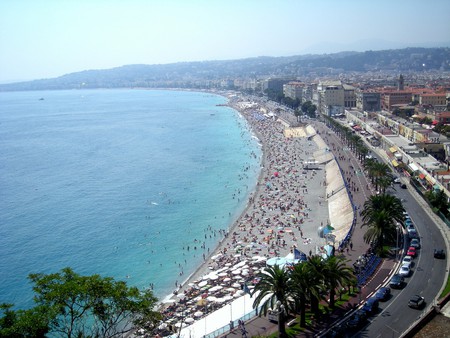