How to Hike the Roquefavour Aqueduct in Provence 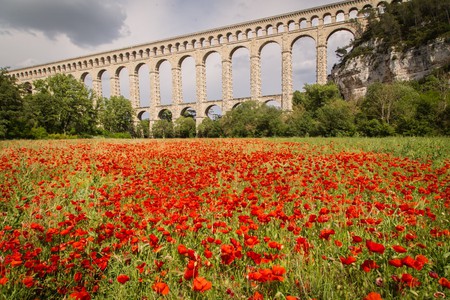 Roquefavour near the southern French town of Aix-en-Provence is the world’s highest stone aqueduct. It’s completely undeveloped as a tourist attraction in the heart of the Provençal countryside. This breathtaking, contemplative route that passes Roman remains is a must-do for anyone visiting the region who wants to get off the beaten track, literally.

The aqueduct was built in the 19th century

As Marseille was growing in size, it had the persistent problem of working out how to provide a city with clean drinking water during a period when cholera outbreaks were legendary. First planned in the 16th century, the city of Marseille finally agreed to the huge infrastructure project to bring water south from the river Durance in the 19th century. The Roquefavour Aqueduct is just one part of an ambitious scheme of waterways and pipes that culminate in Marseille at the Palais Longchamps (which itself was built to commemorate the arrival of water in the city). 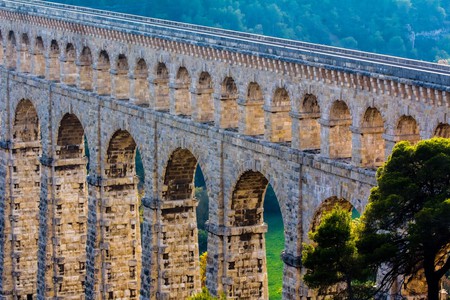 Roquefavour is the largest stone aqueduct in the world

The Roquefavour Aqueduct is very similar to its more famous cousin, the Pont du Gard at Avignon, which is one of the most visited sites in the region. And rightly so. It is 18 centuries older than Roquefavour but it is also smaller. Roquefavour is about 400 metres long and 80 high (in comparison, Pont du Gard is around 270 long and 50 high). Construction began in 1841 and unsurprisingly, it took five years before water was flowing along the aqueduct towards Marseille. 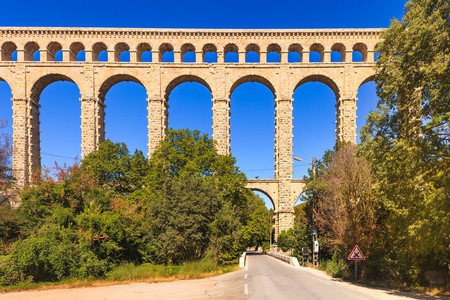 The key draw of this area is its lack of tourists and development. You can drive directly to the aqueduct and park underneath it and have a picnic nearby – it’s also great to paddle in the river underneath. If you have proper walking shoes, you’ll find some steps where you can hike up to the top of the aqueduct. The path is rocky and not well trodden, so take your time and walk slowly. Alternatively, for the more energetic, there is a 35 km circular rural cycling route that you can take past the WW2 Internment Camp and up to the aqueduct itself. 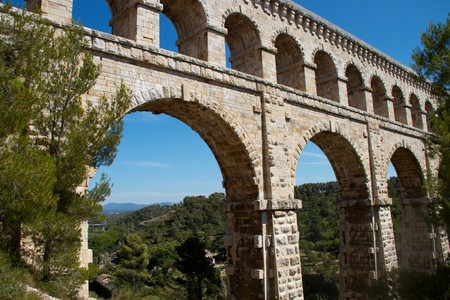 Start your five-hour walk in Ventabren

If you want a longer walk, it’s best to start out in Ventabren, which is a nice little village in its own right with a world-class restaurant, Dan B. (be sure to make reservations). If you don’t have a car, catch the bus 220 from Aix-en-Provence’s bus station. Otherwise, park up in the village car park and follow the instructions listed on Hikideas. It takes five hours and covers 15 km. 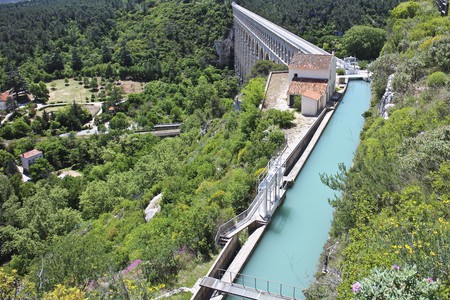 Things to know before you go

It sounds obvious, but this part of France can get hot, hot, hot. This area isn’t touristy, which makes it a wonderfully tranquil part of the world (compared to the nearby bustle on the Côte d’Azur). It also means, though, that there are no amenities like toilets or shops with reliable opening hours, so make sure you have ample food and drink, especially water. It can get windy when the Mistral is in town, so the plateau can be a bit bracing for a picnic. You need comfortable shoes and bear in mind that there are no barriers on the highest parts of the walk, so be careful up there. If you have time, you can also take in the Roman remains of a vast camp built in the 5th century BC.