How to Celebrate Easter in France 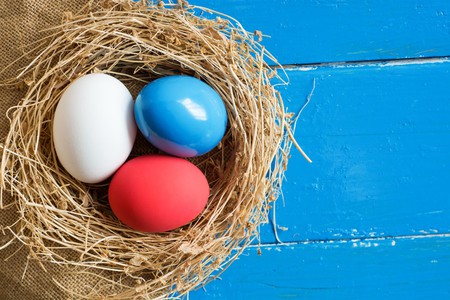 France celebrates Easter in lots of different ways. It has traditions involving flying bells and giant omelettes with a little bit of the Easter bunny thrown in for good measure.

The bells are flying

Traditionally, the chocolate is brought not by the Easter Bunny but by flying bells. During Easter, as a sign of respect to Jesus and to commemorate his death, church bells are not rung between Good Friday and Easter Sunday. Children are told that the bells have flown to Rome. On Easter Sunday morning, the bells return bringing chocolate for the kids, and so that’s why you’ll find a lot of chocolate bells in the shops – as well as eggs. Then the bells start ringing, symbolising Christ’s return. 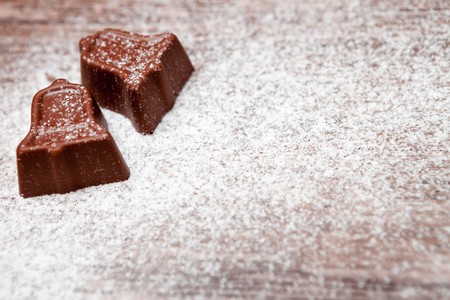 Once the bells have returned, the traditional Easter egg hunt begins inside and outside the house. Lucky little kids get to go to Easter egg hunts in large castles, like the Château Vaux-le-Vicomte near Paris. Their annual Easter egg hunt is widely considered one of the best, where children hunt for eggs in the acres of gardens, ride on ponies and hunt for a giant one-metre tall chocolate squirrel. 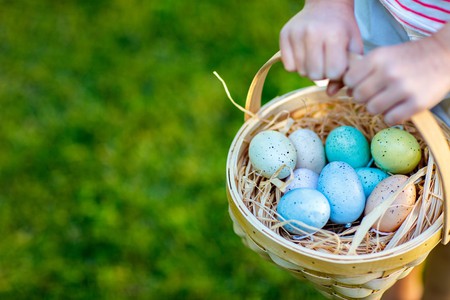 The town of Bessières, in southwestern France, gets together every Easter Monday to make a giant omelette with 15,000 eggs which the whole town eats. It apparently takes a four-metre pan, 40 cooks and very long sticks. The tradition stems from Napoleon’s visit to the town where he ate a wonderful omelette before bed, which was so nice, he ordered a huge one be made for his army to eat before they left the next morning.

France has always taken its desserts very seriously and Easter is really the time it lets its hair down. The chocolate shops are a wonder to behold in the run-up to Easter Sunday and not just the eggs – the chocolate hens, rabbits, frogs, toads, etc. are mouthwateringly good. The French call window shopping, “lécher les vitrines“, literally to ‘lick the windows’. With chocolate this tempting, it might happen in practice. 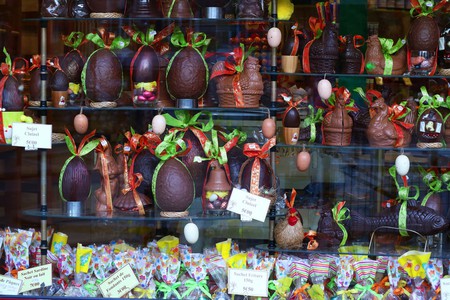 France is often heralded as having a good work-life balance with lots of public holidays and family time off. One of those dates is not Good Friday, however, as everyone in France works and it’s not a public holiday. Good Friday is the day in the Catholic church when Jesus was crucified and is traditionally a day of fasting. The only exception is the region of Alsace in France. This region on the French-German border has changed hands multiple times. When they became German they received the benefit of having Good Friday as a holiday, and when they became French again, they refused to give the holiday up. 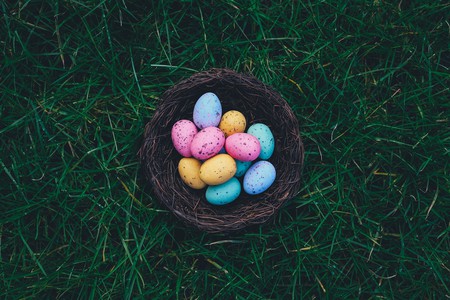 It shouldn’t come as a surprise that the region of Alsace celebrates Easter with some special markets. Towns are garlanded with Easter-themed decorations and people make little nests in their gardens so that the Easter Bunny can deliver their eggs. This is the one place where the bells don’t fly, as they’ve kept the German tradition of Easter rabbits instead. The Easter markets are the place to find chocolate rabbits and also the furry kind – they’ll be out in force for the kids to hold and stroke.