How France Became the Fashion Capital of the World: a Brief History 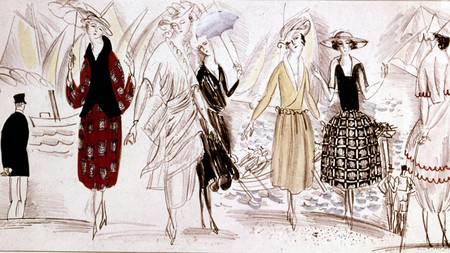 From the baroque grandeur of “Sun King” Louis XIV to the 20th-century “King of Fashion” Paul Poiret, who heralded an era of fantastical haute couture, French style has always leant towards the extravagant. Here, we look at how France became the fashion capital of the world.

You need only to have watched Sofia Coppola’s frothy retelling of Marie Antoinette to know that France’s predilection for pomp and pageantry can be traced back centuries. France’s fashion lineage leads back to the wildly lavish court of Louis XIV, and his great-great-great-grandson, Louis XVI, continued with the over-the-top opulence, fuelling the French Revolution. Nowadays, Paris Fashion Week is the hub of France’s fashion extravagance. Here, we look at how France held onto its fashion crown after the royalty who founded it lost their heads – literally. 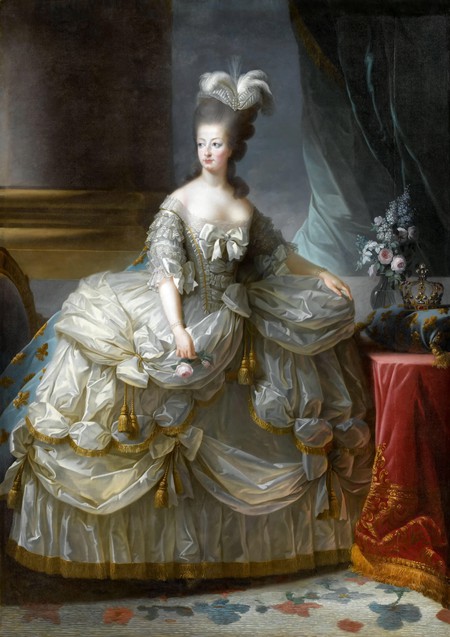 It’s the late 18th century, and ruffles reign supreme as the aristocracy scrambles to live à la Marie Antoinette. Fashion’s primary purpose is to signify wealth; if you have the money, this means splurging on frou-frou layers of tulle, silk and velvet, along with intricate embroidery and heavy embellishment. Women’s fashion echoes one’s status and place in the upper echelons of society and is a visualisation of the adage that “women should be seen and not heard”.

This insatiable appetite of the French court for opulent dress drives the country’s textile trade, which, in an act of brazen elitism, has been under sovereign rule since Louis XIV, setting the foundation for haute couture. Louis XVI’s rococo court continues to closely guard an industry of “royal manufacturers”, including Rose Bretin, Marie Antoinette’s “Minister of Fashion”, who is considered the first-ever fashion designer. Catering to the fancies of French royalty and aristocracies at home and abroad, the deluxe dressmakers help cement elite fashion culture. 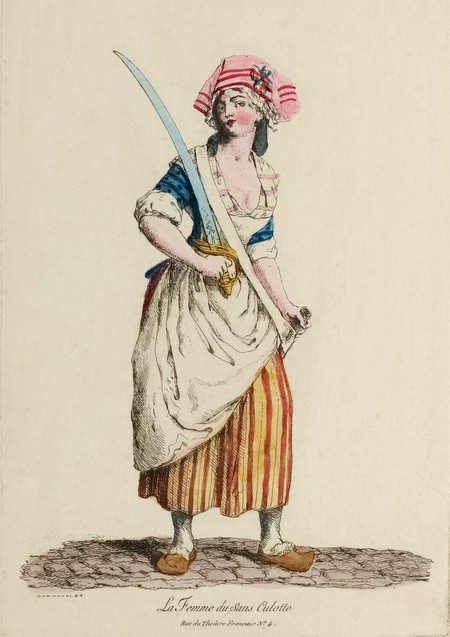 Revulsed by the opulence of royalty, an era of “anti-fashion” follows the French Revolution; society adopts a working-class uniform of aprons, clogs and mobcaps. The government draws influence from Greece – the birthplace of democracy – and fashion turns towards flowing Grecian gowns that mirror society’s fascination with egalitarianism.

The cockade (a rosette of ribbons first worn by free men in ancient Greece) becomes the enduring symbol of the revolution, appearing on everything from shoes to hats. However, society’s rebuttal of opulent fashion would turn out to be a trend itself – and one that would be overtaken. 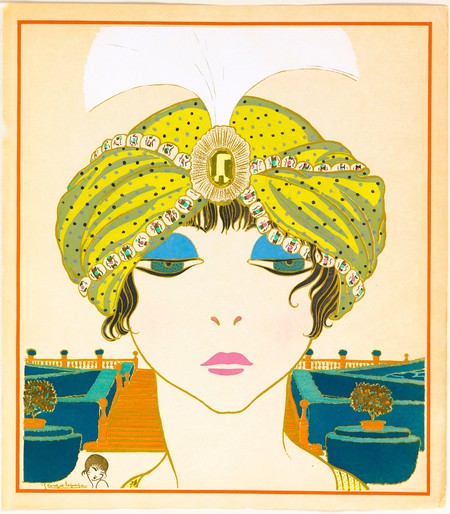 Inspired by Poiret’s liberated silhouettes, in 1912, Coco Chanel further loosens the constraints of modern clothing, with a debut line of sailor pants and Breton stripes in workaday fabrics. But before Jane Birkin is to add these Gallic tropes into her sartorial cannon in the 1960s, the pendulum of trends swings again. 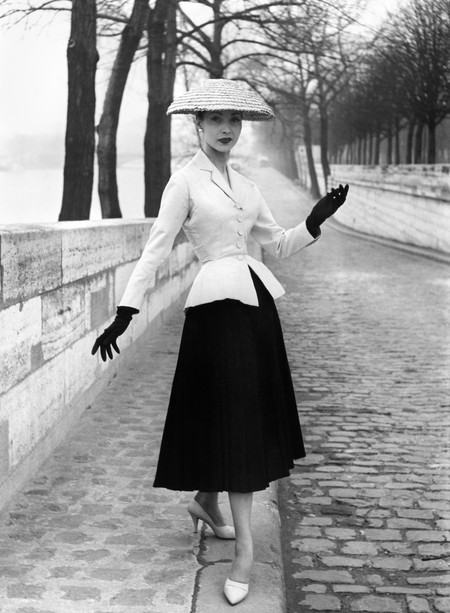 The 1950s hourglass silhouette is ignited by Dior’s 1947 “New Look” – namely the “Bar” suit, a full skirt and a cinched-in jacket that manipulates curves. It flies in the face of Chanel’s free-flowing silhouettes and evokes Marie Antoinette’s robe à la française.

But, naturally, Dior’s “New Look” soon becomes the old look; the house’s spring 1958 collection is a stark example of this shapeshift. Following Monsieur Dior’s premature death, his young protégé Yves Saint Laurent launches his debut “Trapeze” collection. In a move away from his master’s established silhouette, the “boy wonder” reveals a shape that doesn’t hug the body but captures the changing mood.

The Battle of Versailles 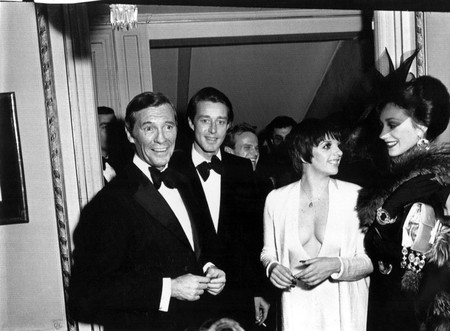 It’s 1973, and the wunderkind is now the establishment. Along with four other French juggernauts – Hubert de Givenchy, Pierre Cardin, Emanuel Ungaro and Marc Bohan of Christian Dior – Yves Saint Laurent is about to have his reign rivalled by five American designers in the fashion competition of the century.

Oscar de la Renta, Bill Blass, Anne Klein, Halston and Stephen Burrows arrive at Versailles with an entourage including Liza Minnelli, Broadway dancers and 36 models (10 of whom were Black, in unprecedented diversity). The Battle of Versailles, the brainchild of PR whizz Eleanor Lambert, is designed to fund the restoration of the namesake palace; it has celebrities and high society in a tailspin to grab tickets. The DIY dynamism of the American designers and their coterie (namely high-energy Black models such as Pat Cleveland) forces France to relinquish its crown – at least temporarily. 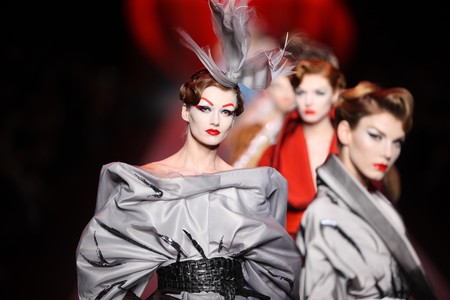 Even though there are fashion powerhouses across the world, France continues to lead the way | © DPA picture alliance archive / Alamy Stock Photo

Seismic shifts reverberated off the runway and forced the French fashion industry to recognise America as a contender while acknowledging the importance of sportswear and commerciality. The competition also ushered in the era of blockbuster shows. The Battle of Versailles and its frankly ludicrous design sets (Pierre Cardin commissioned a rocket; Emmanuel Ungaro, a gipsy caravan hauled by a rhinoceros; and Yves Saint Laurent, a full-length limousine) set the standard for fashion runway extravagance. Were it not for the Battle of Versailles, we might not ever have seen Chanel’s supermarket, Louis Vuitton’s glittering merry-go-round or any of Galliano’s shows for Dior.

French fashion has thrived for so long by innovation and through recognising changing societal attitudes – be it Yves Saint Laurent clocking the buying power of Beatniks, Pierre Cardin and Paco Rabanne tapping into 1960s space-race excitement, or, more recently, luxury conglomerates nabbing new talent, including Virgil Abloh for Louis Vuitton and Demna Gvasalia at Balenciaga. This ability to code-switch and commodify what’s cult, coupled with the enduring legacy of French fashion, will likely see people clambering for access like 17th- and 18th-century courtiers for many years to come.