How did Cannes Become the Centre of the Film World? 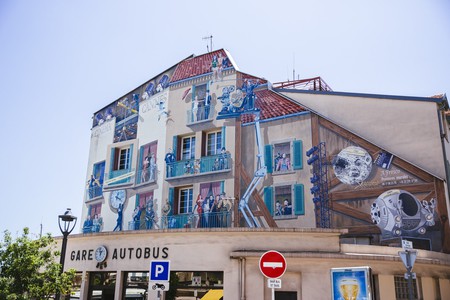 The current Palais des Festivals et des Congrès has been the home of the Cannes Film Festival since 1982. The fact that an entire building was built especially for a single festival taking place over just two weeks a year highlights how important the event has become. But then, Cannes Film Festival isn’t really like any other festival. . . 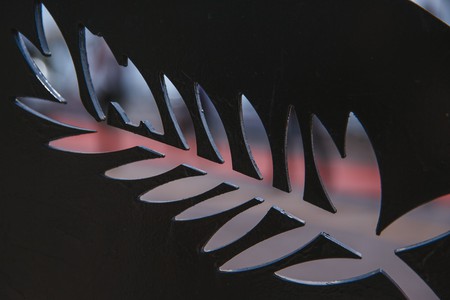 With the exception of Hollywood, there isn’t another place in the world that has become so inextricably linked to the film industry. The local economy not only thrives on it; it depends on it. Stroll into any café or bar in Cannes and the chances are you will see photographs of a wide array of movie stars adorning the walls. So many in fact, that you can never be sure if the image gallery is a line-up of celebrity diners who have previously visited, or just a rather gaudy show to capitalise on the biggest tourist attraction Cannes has to offer.

In many ways it’s a bizarre state of affairs, as Cannes itself is a perfectly picturesque, historic town along the French coast. The old quarter (Le Suquet) is full of winding roads, cobbled streets and quiet little residences. This area, no more than a 15-minute walk from the beach, is not the first image that springs to mind when talking about Cannes. Indeed, from the impressive vantage point of the medieval fortress, one can see the Cannes we all know. Le Palais des Festivals and its red carpet, which is actually painted on when the film festival isn’t running lest anyone forget, dominates the foreground. 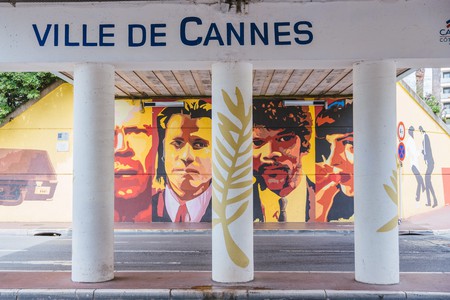 Other constant reminders of film, as if they were needed, are the painted walls around the Municipality of Cannes. Since 2002, the local authorities have decorated the sides of buildings with murals themed around movies. These paintings have been described as highlighting the ‘love story’ between Cannes and cinema. Huge effigies of Chaplin, Monroe, Truffaut and even Batman can be seen from almost every vantage point and provide an outstanding curiosity for those walking around the town. They aren’t exactly subtle but certainly add to the aura of Cannes. On the other end of the spectrum, and veering towards the tacky, are film character cut-outs that one can stand inside of and recreate famous film scenes and posters. These hark back to the seaside traditions of old but aren’t particularly unique.

Now in its 71st year, the Cannes Film Festival is still one of the biggest events in the movie calendar. Other film festivals are older and have grown in stature in recent decades, but none can match Cannes for sheer impact on the industry or wider public.

In 1932, Jean Zay, the then French Minister for National Education and Arts, set about establishing the festival with the backing of British and American sponsors. The plan was to establish an event to counteract the perceived fascist leanings of the Venice Film Festival, but with a sense of bleak irony this idea was scuppered by the outbreak of the Second World War. 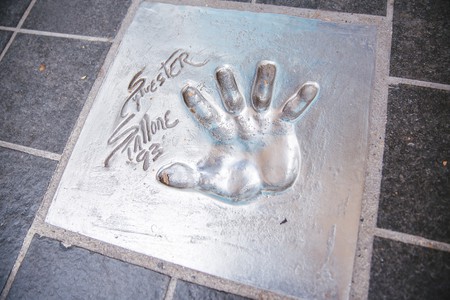 The first festival proper was held in 1946 and was known as ‘Festival du film de Cannes’ shortly thereafter. Beset by technical issues, such as films being shown in reverse or even upside down, there was still significant interest in the festival, with 21 countries screening films. French historian Georges Huisman sat as jury president and 11 films tied for the top prize.

The current home of the film festival is the aforementioned Palais des Festivals, which has a vast 25,000 square feet of floor space and also plays host to several conventions and events outside of the May film festival. The first building was constructed in 1949 and the most recent version rebuilt in 1982. It remains as it was then, and its age is now starting to show. One thing that is undeniable, however, is how the space makes use of its position on one end of the main promenade in Cannes, the famous Croisette.

A real boom in the profile of the festival came in the 1950s and 60s, a period considered to be a golden age of cinema and one best remembered for the quality of its films as well as numerous scandals and celebrity affairs. All this added to the glamour of the festival as Cannes proved to be a showcase for everything that was good and bad in the global film industry. Hollywood stars adored the location, regularly turning up to the annual event in super-yachts and staying in the grandiose hotels that began to spring up in the surrounding streets and avenues. 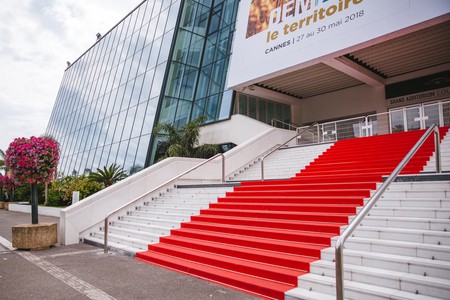 In 1978, the Caméra d’Or and Un Certain Regard prizes were introduced. These awards are still seen as two of the most prestigious in the film world (alongside the Palme d’Or, which was established in the 1950s) and have managed to avoid the accusations of political manoeuvring that have dogged the Oscars. That said, there are still claims that the prizes aren’t always handed out purely on merit. The types of film that win are often left-field selections and can be seen as tapping into agendas, such as Michael Moore’s notorious victory for his anti-war movie Fahrenheit 9/11 (2004).

Other issues have arisen in recent years. There is a clearer divide between Hollywood and Cannes now. The celebrities and A-listers have been relegated to showing their films out of competition. The festival still serves as a high-profile platform for premieres and showbiz galas, but the competition strands are now seen to be more elitist.

Elsewhere, Cannes has picked a fight with Netflix, and the streaming service might just prove to be an opponent that could seriously harm the festival. The spat has been predictable but not one that will be easily resolved. Organisers are keen to maintain the integrity of cinema and as such have banned Netflix titles from competition. In retaliation, Netflix have pulled their films from the festival entirely, something which is slightly problematic considering these films are now on par with the biggest and best that any country can offer. The sheer buying power of Netflix means that it can also subvert the course of the festival, as occurred this year when Netflix bought the rights to two of the festival’s award-winning films and narrowly missed out on the purchase of the opening film. Cannes might have bitten off more than it can chew.

Even so, Cannes is unlikely to be under any long-term threat. Its place and name is just that ingrained into the psyche of the film industry.