Hector Guimard’s name has sadly languished through the years. After a perhaps all-too-rapid rise to fame, the French architect became a victim of his own success and the economic and political climate he was working in. His curiosity and inventiveness were financially unsustainable, and the fickleness of the press and the art market, as well as socio-political changes prior to the First and Second World Wars, forced him into exile (Guimard’s wife was Jewish). 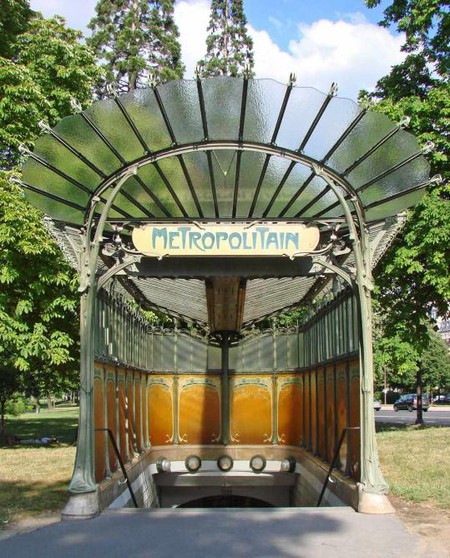 By the time of his death in New York in 1942 Guimard had virtually vanished from the public eye, as had a significant proportion of his designs, many of which was very quickly demolished. Remnants of his work, however, remain scattered throughout the streets of Paris. The instantly recognizable Parisian metro signs for example, the most striking of which is found at Porte Dauphine with its spectacular fanned glass entrance. The eponymous hotel he designed for his wife still stands on Avenue Mozart, as do a number of his apartment buildings, all of which embody his idiosyncratic art nouveau style. 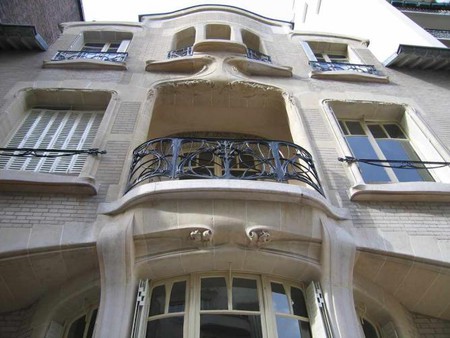 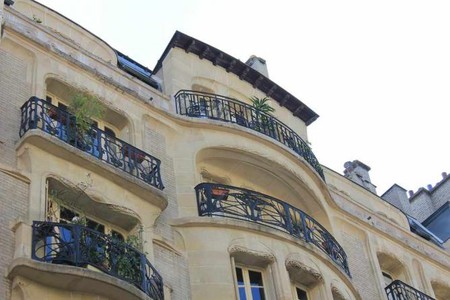 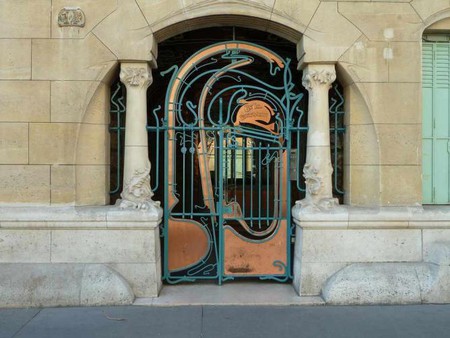 Guimard was born in Lyon in 1867. He attended the École Nationale Supérieure des Arts Décoratifs in Paris followed by the École des Beaux Arts, becoming professor at the former in 1889. Over the years he received several medals for his work as well as the prestigious Grande Prix d’Architecture. His work, which was heavily influenced by that of Belgian architect Victor Horta, whom he had met during a trip to Brussels in 1895, consisted of curved lines and fluid forms that imitated the naturally sinuous patterns of flowers and plants. 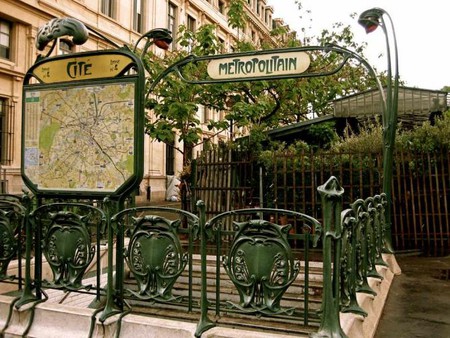 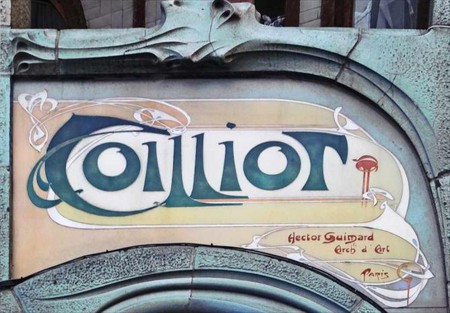 This inimitable style featured in all of Guimard’s work culminating in the design of the Castel Béranger block of flats in Paris’s 16th arrondissement. This was his first solo commission, and it brought about his ephemeral fame. Many commissions followed, which would include furniture in addition to several more residential buildings, hotels, and even the Humbert-de-Romans concert hall in 1901, which sadly no longer stands. Guimard also designed a series of two-dimensional patterns, which featured in stain glass windows, fabrics, and ceramics. 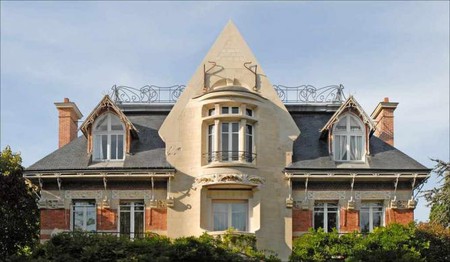 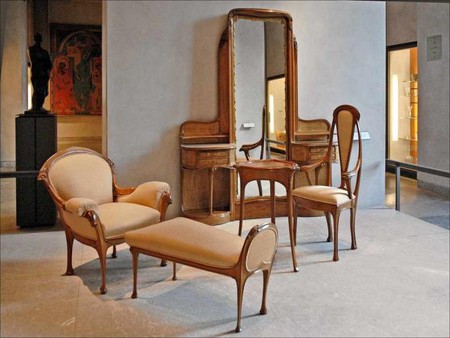 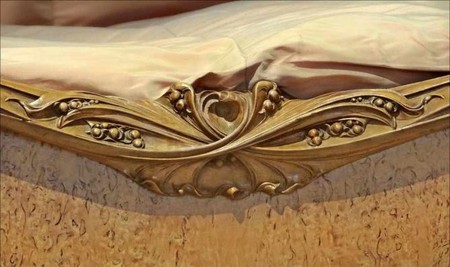 In recent decades there has been a revived interest in Guimard’s work. Despite his unfortunate fall from fame and rather sad demise, he is today regarded as the most significant pioneer of the French art nouveau style. 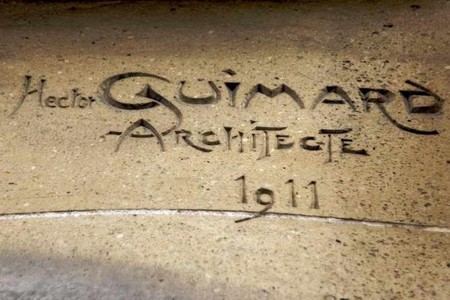