France has produced legions of brilliant writers, philosophers and poets over the course of the 20th century, staking a claim to the title of Europe’s cultural and literary capital. This is reflected in the writers who were awarded the Nobel Prize for Literature in the first half of that century, all of whom, as Claire Hayward attests, remain vital figures in French culture. 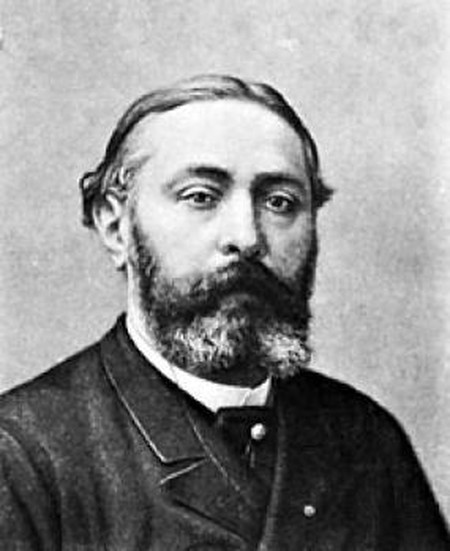 Nobel Prize Citation: ‘in special recognition of his poetic composition, which gives evidence of lofty idealism, artistic perfection and a rare combination of the qualities of both heart and intellect.’

Rene Francois Armand ‘Sully’ Prudhomme was the winner of the very first Nobel Prize for Literature in 1901. He had originally planned to become an engineer, but an eye disease prevented him from doing so. Instead, after a brief and unsuccessful period of employment in Creusot, he decided to read Law. While working at a solicitor’s office in Paris, Prudhomme also began his literary career. Conference La Bruyère, an influential student society he was a member of, praised his early work and encouraged him to pursue writing. Thus, in 1865 his first collection, Stances et Poèmes, was published. It was well received by Sainte-Beuve, a major French literary critic, further increasing his reputation. His work was linked with Parnassian style, a particularly rigid and emotionally detached form of poetry, yet combined with his interests in science and philosophy it remained quite unique. After the publication of Le Bonheur in 1888, he dedicated his time to writing about philosophy, which he continued to do so until his death in 1907. 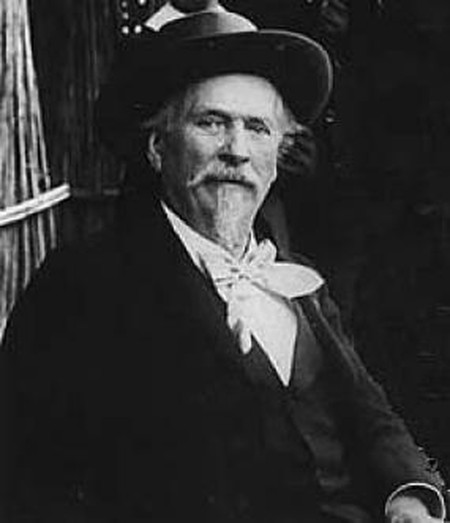 Nobel Prize Citation: ‘in recognition of the fresh originality and true inspiration of his poetic production, which faithfully reflects the natural scenery and native spirit of his people, and, in addition, his significant work as a Provençal philologist’.

Frédéric Mistral is widely regarded as the leading poet in the nineteenth-century revival of the Provençal French language, Occitan. He shared the Nobel Prize for Literature in 1904 with José Echegaray. His efforts to revive Occitan were noted in his Nobel Prize citation, as was his literary work. He was greatly supported by some of the other great French poets of the day, including Alphonse Daudet, Alphonse de Lamartine and Joseph Roumanille. Mistral, with several other Provençal poets, formed Le Félibrige, an association to promote Occitan literature, language and culture. His most significant contribution to the Occitan language was Lou Tresor dóu Félibrige, the most comprehensive Occitan dictionary, which took him twenty years of devotion to finish. Yet his greatest success was found with Nerto (1884), and La Rèino Jano (1890), which further promoted the aims of Le Félibrige, and increased the status of Occitan within France. 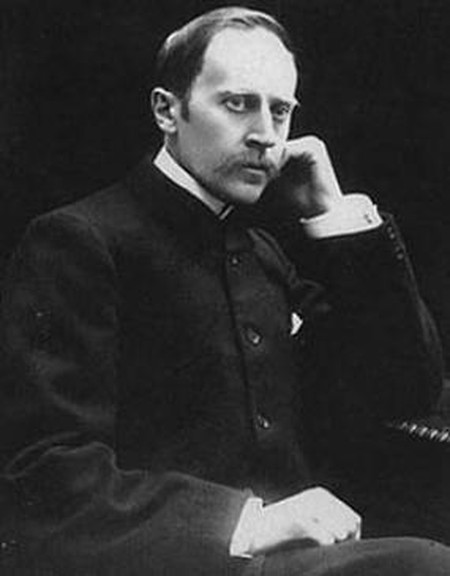 Nobel Prize Citation: ‘as a tribute to the lofty idealism of his literary production and to the sympathy and love of truth with which he has described different types of human beings.’

Romain Rolland, born in 1866 to a wealthy family in Clamecy, Nièvre, was a leading dramatist, novelist, art historian and pacifist. He was awarded the Nobel Prize for Literature in 1915, though he received it in 1916. He originally studied Philosophy at École Normale Supérieure, but after a change of heart and religious belief, became influenced by the great writers of the day and received a degree in History and a doctorate in Art. His career began with writing plays, but he found greater success with novels, particularly with Jean-Christophe, an example of the great Roman Fleuve (‘novel cycle’) genre in France. It was published over ten volumes between 1903 and 1912. His writings were infused with his political and pacifist beliefs and his great passion for music and the arts. His work outside of the novel form included biographies of artistic and political visionaries, including Beethoven, Tolstoy and Mahatma Gandhi, emphasizing his great and varied contributor to the French arts. 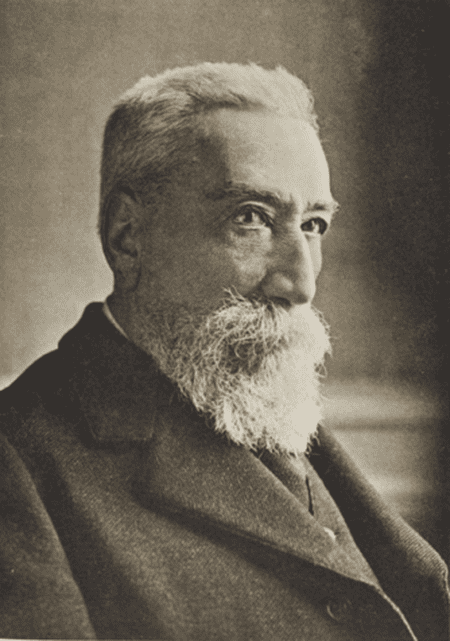 Nobel Prize Citation: ‘in recognition of his brilliant literary achievements, characterized as they are by a nobility of style, a profound human sympathy, grace, and a true Gallic temperament’.

Anatole France, a poet, journalist and novelist contributed to nearly every aspect of French literature during his successful career. His father was a bookseller; thus, literature had been ingrained within his life from his early years. After receiving a classical education, he worked in various literature-related roles, including as librarian for the French Senate and as a journalist from 1867. His first successful novel, Le Crime de Sylvestre Bonnard (1881) received a prize from the French Academy, of which he became a member in 1896. He continued to publish extensively, covering topics including satire (L’Île des Pingouins), the occult (La Rôtisserie de la Reine Pédauque) and socialism (Crainquebille). In the later part of his career, he became increasingly interested in communism and social issues in general, driven by his passion for social justice. 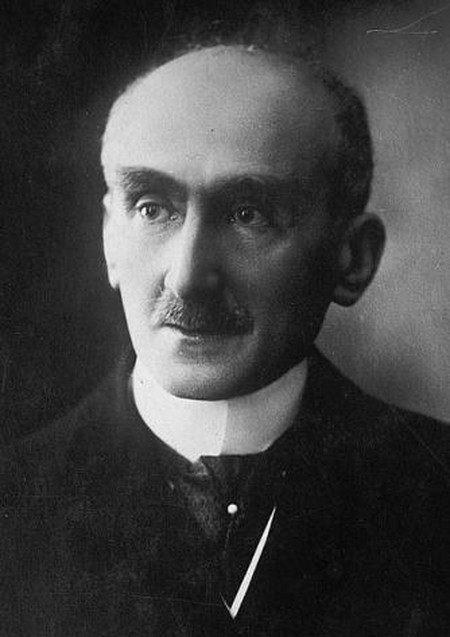 Nobel Prize Citation: ‘in recognition of his rich and vitalizing ideas and the brillant skill with which they have been presented.’

While Henri Bergson was the son of Jewish musician and pianist, Michal Bergson, and Katherine Levison, an English woman of Irish decent, his upbringing and interests were typically French. Born in Paris, 1859, he was educated at Lycée Condorcet and the École Normale Supérieur, where he first developed his interest in philosophy. He was married to Louise Neuberger, cousin of Marcel Proust, and developed his philosophical ideas as a professor firstly at École Normale Supérieure and then Collège de France. His philosophical works rethought many aspects of life, most notably that change and experience are more significant than static values of rationalism. His publications, such as L’Energie Spirituelle (Mind-Energy, 1919) and La Pensée et Le Mouvant (Thought and Motion, 1934), concentrated on both metaphysics and consciousness. 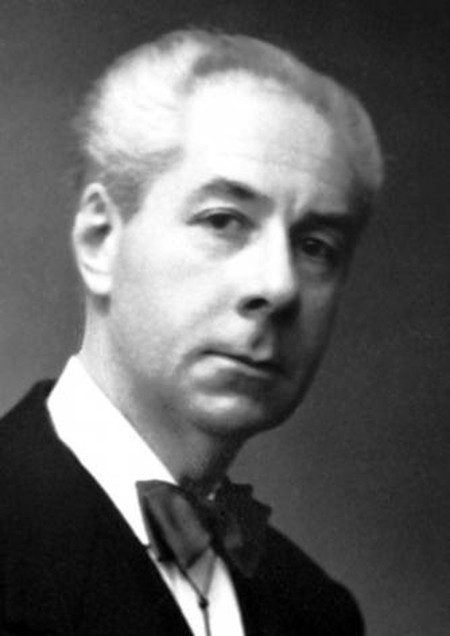 Nobel Prize Citation: ‘for the artistic power and truth with which he has depicted human conflict as well as some fundamental aspects of contemporary life in his novel-cycle Les Thibault.’

Roger Martin du Gard, born in Neuilly-sur-Seine in 1881, was awarded the Nobel Prize for Literature in 1937. He was well-educated and graduated from the École des Chartes where he trained as an archivist and paleographer. The realism and scrupulous regard for detail in his later work is widely attributed to his academic training in documentation. His first literary success came in 1913 with the novel Jean Barious, which was set around the Dreyfus Affair, and highlighted the impact it had on the French people. It was also a highly philosophical novel, depicting the two very separate views of the Catholic Church and freethinking humanism. His greatest success however, came with the publication of his roman fleuve, Les Thibault, for which he was awarded the Nobel Prize. A series of 8 publications, Les Thibault told the tale of two brothers, Antoine and Jacques Thibault from birth to death, including their experiences in the First World War. 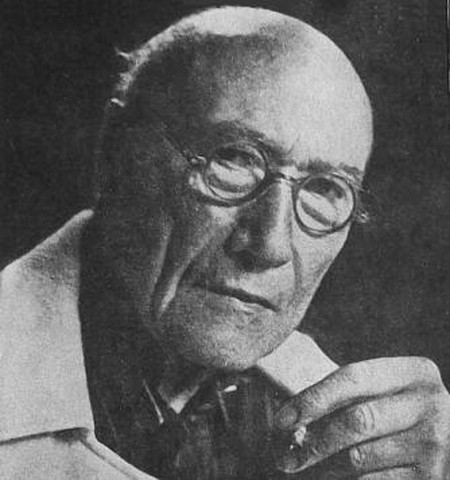 Nobel Prize Citation: ‘for his comprehensive and artistically significant writings, in which human problems and conditions have been presented with a fearless love of truth and keen psychological insight.’

André Gide was a highly influential and often controversial writer of fiction, autobiographies and essays. His first publication came in 1891 with Les Cahiers d’André Walter (The Notebooks of André Walter), and he continued to publish extensively until Thésée in 1946. He was greatly influenced by many movements and theories throughout his career. For example, his early work such as Le Voyage d’Urien (Urien’s Voyage, 1893) belongs to the Symbolist movement, but in his later life he was far more influenced by communism and experiences from his travels. However, his interest in humanity and freedom of expression is evident in all of his work. This is especially the case in his most controversial works, Corydon, a defense of homosexuality and Les Faux Monnayeurs (The Counterfeiters), which he considered to be his only novel. Alongside his own works, he was also an influential literary critic and translator.