Friendship And Survival: Individual Stories Behind The French Resistance

“Resistance, Friendship and Survival” are the central themes in the work of two writers; Caroline Moorehead and Michèle Roberts who focus on the individual stories behind the French resistance. In their works Ignorance and A Train in the Winter, these two writers explore the ways in which conflict impacts on the lives of ordinary people in a myriad of different ways.

Caroline Moorehead’s book, A Train in the Winter, tells the story of a group of French women, deported because they were communists and active participants in the Resistance, who experienced the atrocity of German concentration camps. Although her female characters are passionate enough to get close to mythology, her story cannot offer a different, positive ending. Her message deals with survival and friendship, fundamental ingredients of all political Resistance. The old paradigm of history being made by men and narrated by men, is radically overturned by Moorehead. With her, history has female speakers with female points of view, and unveils aspects of European history which tend to be underestimated.

Michèle Roberts’ Ignorance, is closely connected to Moorehead’s narrative web. Introducing her title, she said ‘A novelist is allowed to dig into ignorance, otherwise she or he will be a scholar’. Roberts started her research from all sorts of documents related to France at the time of the Second World War. Through her Jewish background and family’s memories, she managed to tell the typical story from a highly original perspective – her own. While Moorehead’s characters more or less come from big French cities, her story is rooted in the French countryside. Roberts’ centre is the kitchen, the place where women had to be relegated, had to work, knew each other and survived.

Roberts’ narrative details are made of pans, recipes, potatoes, conversations on marriage; in such a familiar atmosphere the author incessantly digs into the disturbing and weird side of human beings. The isolated and universal reality Roberts describes was common to many people’s experience. French citizens, Jews, refugees, Resistance fighters, French collaborators (les collabos), Nazis; all Europeans are familiar with the events Roberts wants to rescue from ignorance. 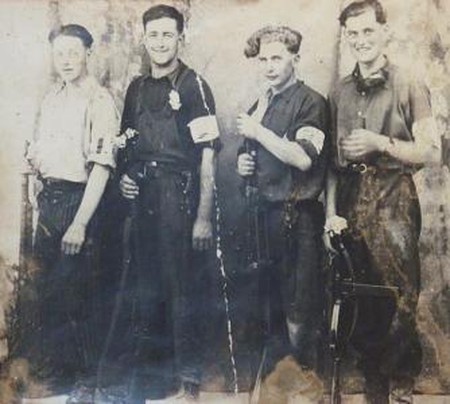 Something simple occurs to everybody when dealing with history, the preoccupation to remember, not to forget or minimize, but retain and protect just like we do with a human life in danger. This came out from Moorehead and Roberts’s voices, both known for their biographical literary style, confessional narrative and female historical nuances. The literature of survival requires a confessional style, as it is with Primo Levi, Anne Frank, Louise Jacobson, Fred Uhlman, Herta Müller, and so on. The principal enemies of the borders created by wars and grief are the memories which are still to be told, kept in mind and written.