French Foods to Keep You Warm This Winter 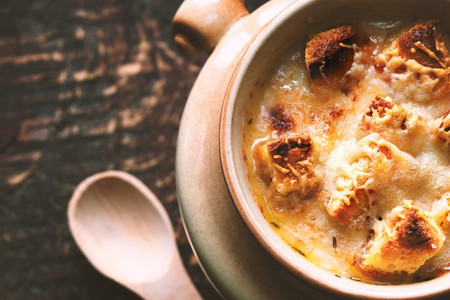 France is the grandfather country for dishes to keep you warm in winter – and they look and smell delicious. Whether it’s a warm broth or comfort food you’re after, France has it all for winter.

One of France’s most famous culinary exports, this is a beef stew that has been allowed to simmer in its juices on the hob for hours and hours. It’s relatively easy to prepare but, like the Provençal daube (a beef stew from the south of France), it takes a long time to cook. It’s a dish that has beef and red wine at its core and will always warm up a long winter evening. Just like chili con carne and other beef dishes, it always tastes better on Day Two, when the beef has soaked up all the flavour from the sauce. 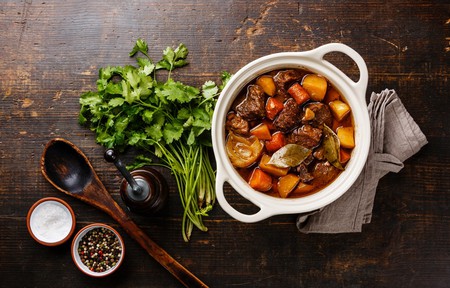 This is the French version of cottage pie (ground beef cooked in the oven, with mashed potato on top) but, because it’s France, they add delicious cheese on top. Hachis Parmentier is a staple of winter cooking and, for added comfort, you can indulge in extra gravy. 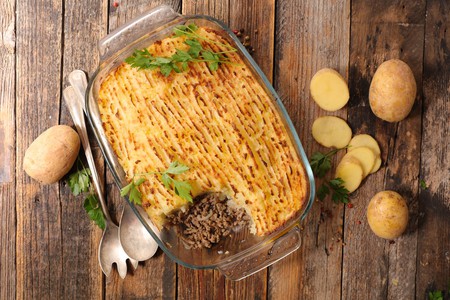 Traditional onion soup may differ from region to region in thickness, but it always contains lots of onions, which are caramelised to make them sweet. Then just add ladles of cheese and croutons. It’s not light on the calories but it is full of flavour and another staple on most French restaurant winter menus. 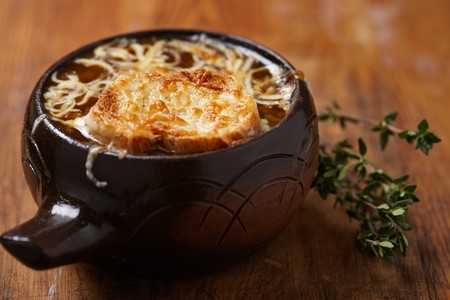 Melted cheese is always a winner in winter. Fondue is made differently according to taste, but it involves putting all your favourite cheeses into a big pot and melting them into a delicious sauce, which you scoop up by dipping chunky bits of bread into it. A raclette is more work, but more fun. After lighting the pot, you melt cheese in special trays that are then poured over boiled potatoes and charcuterie (cooked meat). Both require special cooking pots but they’re inexpensive and most homes or rentals will have them. Alternatively, most alpine restaurants will specialise in fondue or raclettes. 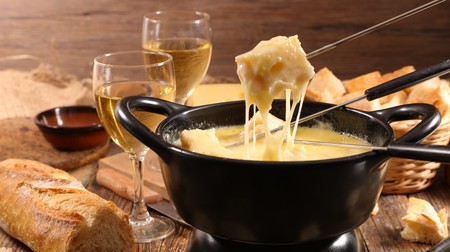 The French have a number of deliciously calorific potato dishes to eat in winter. Potato gratin is a favourite, coming from the Dauphiné region of southern France, near Lyon. It basically consists of potato, milk and cream, which are baked together in the oven. For added comfort (and calories) you can add cheese.

Coming from the Alpine Savoy mountain region, the tartiflette is basically like gratin Dauphinois but made with bacon, onion and added cheese. It is extremely filling and should only be attempted after a long day outdoors, or if you’re extra hungry.