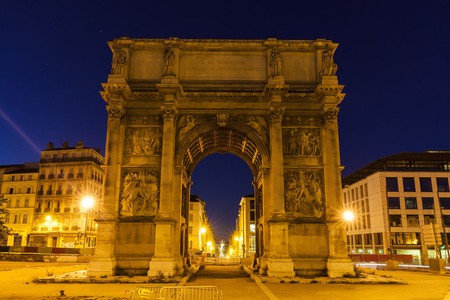 The French port of Marseille has its own Arc de Triomphe. After years of neglect, it is now becoming the centrepiece of France’s second city’s massive renovation.

Marseille’s arch was finally completed in 1837 after decades of prevaricating over what should actually be built. In the late 1800s, the town wanted to build an arch in honour of Louis XVI and to commemorate the peace at the end of America’s War of Independence. The site was chosen after much deliberation in 1784 but the plan was abandoned during the French Revolution. The project resumed under the newly restored monarchy in 1823 to commemorate French victory at the Battle of Trocadero. The first stone was laid in 1823 but France underwent another change in government. Work on the arch was eventually continued but under a more general theme of victory, rather than celebrating any one leader or regime. 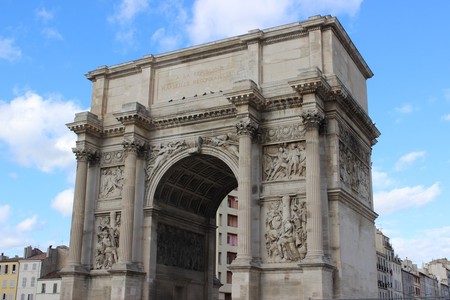 It is called ‘Porte d’Aix,’ the gate from Aix

The arch was designed by Michel-Robert Penchaud, a Parisian architect, who took Roman triumphal arches as his template. He built lots of statues on the side of the arch but many fell off onto the road below in the 1930s. The entire thing cost 700,000 francs (1 million euros in today’s money but not at today’s building prices!) It is called the ‘Porte D’Aix’ because it was at the entrance to Marseille from the road that leads to Aix-en-Provence (which is now part of one large administrative district that includes Marseille and Aix). 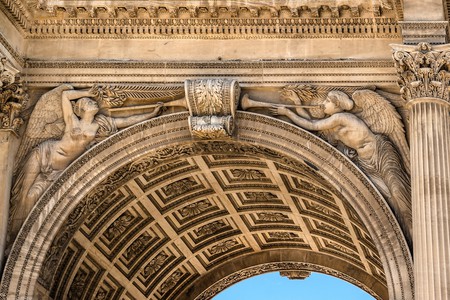 Marseille’s arch was forgotten in a dead zone

After the success of the initial project, the arch and its surrounding area were mostly forgotten in terms of urban planning. It is incredibly central and in a key transport hub in the city, but that is paradoxically what has caused the area’s decline. The Jules Guesde Square was built surrounding the arch as well as the nearby metro stop and in the 1970s the road to Aix became a high-speed motorway linking Marseille and Aix (the A7). And so the arch became forgotten in a mesh of roads that lead to the station and motorway. Ironically, for a place so full of cars and buses, it is rarely seen but often passed. 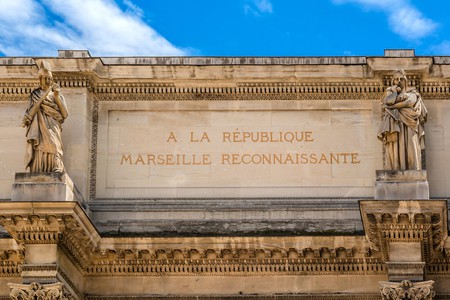 Now the arch is having a resurgence

Like the whole of Marseille, this small part of France’s second city is in the midst of a big revival. Much of Marseille is undergoing huge renovation and is currently known as the New Barcelona, the place to go before it gets too expensive and too spoiled. Some of Marseille is also in the middle of one of Southern Europe’s largest renovation programmes, the Euroméditerranée. Work is starting on the construction of 600 homes, an architectural school, a hotel, a gymnasium, an underground car park and over a hectare of green space. This place — and its historical arch — is on the up once more. 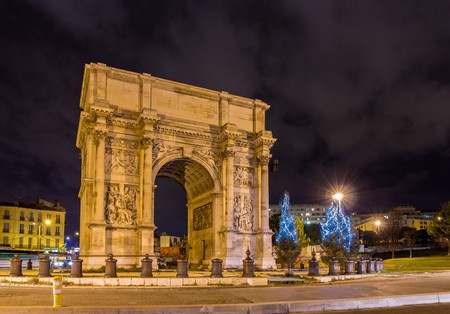 Cool places to visit nearby

When it’s finished the arch will be a centrepiece to an area that is already up and coming. Like many newly regenerated areas in big cities, it’s still a little edgy but it has some great things nearby. La Joliette, the newly refurbished area has one of Marseille’s trendiest shopping centres, Les Terrasses du Port and Les docks de la Joliette. The impressive Cathédrale la Major is not far away and a trip to the area wouldn’t be complete without visiting MuCEM and its neighbour Fort Saint-Jean. The latter two are Marseille’s newest museums featuring exhibitions from Mediterranean and European civilisations on everything from football and love to recycling and Picasso. Just like the arch itself, this place is heading for victory and by being just a few minutes’ walk from the central Marseille Saint Charles station, there’s no excuse not to visit it in the future.