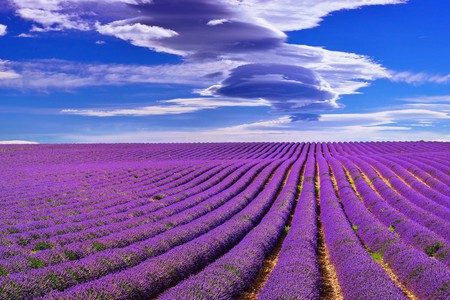 Provence is known for its wonderfully-sunny weather and clear skies; however, not many people know that one of the main reasons behind the sunny climate is a crazy phenomenon called “Le Mistral “. Here’s why it’s so special and what to see and do with the sunny weather it leaves behind.

The word “mistral” comes from the old Occitan dialect meaning “masterly”. It certainly is. It’s most strong during the change in seasons during winter and spring, often reaching speeds of over 40 mph (65 km/h). It’s been known to get as high as 115 mph (180.1 km/h). Many of the trees are forever bent in the direction of the prevailing wind. 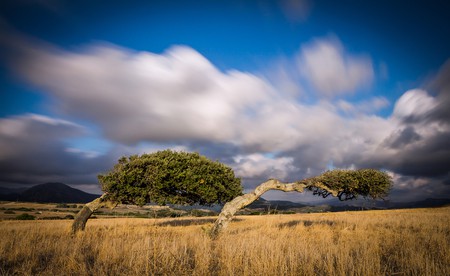 The Mistral wind can be fierce | © A.Enrico/Shutterstock

What Does a Mistral Do?

The wind is created as air sucks through the gap between low and high-pressure fronts. The wind pulls in the air from the foothills of the Alps and continues down the river valleys towards the sea—it’s usually Marseille and St Tropez that can be most harshly hit by wind from the westerly direction. It can be bitterly cold, but the good news is that cool, dry weather that clears the skies and blows away the pollution and dust sometimes follow the cold. It helps give Provence its reputation for a certain kind of luminous light (which has attracted painters for centuries). Locals say the Mistral will always last for an odd number of days—normally one, three, or five. 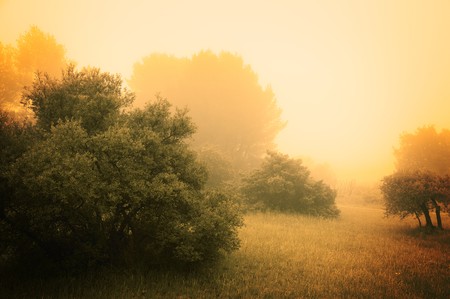 What All Can a Mistral Cause

The local architecture has long been built to accommodate the wind. Architectural digs have discovered walls built around 400,000 BC in the Nice area to protect fires from the wind. Houses are built with their back against the wind (facing south). Bell towers are built to allow the wind to pass through. Local life is affected by the wind in both positive and negative ways. There’s an old wives’ tale that babies and young children become more restless when the wind passes through. But it’s also a reason for some of the best wine in France—the Mistral clears the vines, dries the soil, and provides over 300 days of sunshine on the grapes each year. 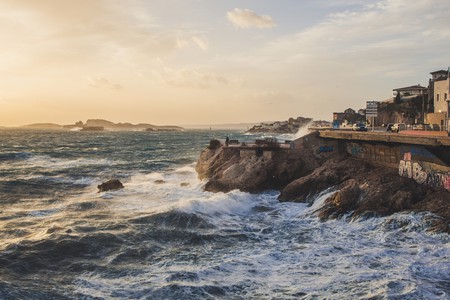 Those visiting the region in the winter or spring, make sure to pay attention to wind speeds in the weather forecast—as well as temperatures—and pack a jumper. The weather can be mild but as soon as the Mistral sweeps in, the need for an extra layer becomes apparent, particularly in the winter. 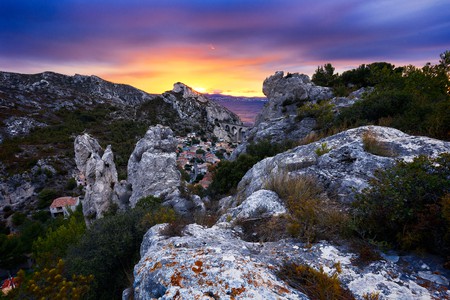 Many of the things to see and do revolve completely around the sunny weather. Head to one of the amazing local vineyards that profit from the sunshine. Most importantly, find a body of water. In the summer months, it can be really hot in many of the inland Provençal towns, so design the day around at least one water stop like a local pool (better yet, book a hotel with a pool), a wild-swimming stop, or include a beach diversion. Head to a St-Tropez beach for its hedonistic reputation, a Marseille beach for its African big-city vibe, or visit a great landmark on a beach such as the Fort de Bregançon. And remember to take a sunhat, cream, and towel. 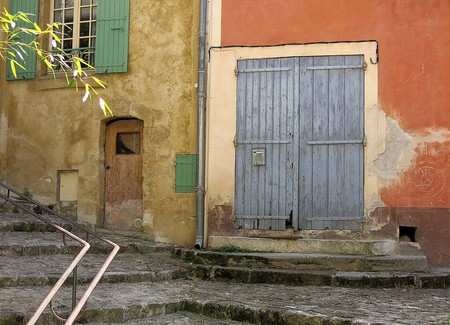