France's Craziest Project Yet? Building a Château Using Only Materials from the Middle Ages 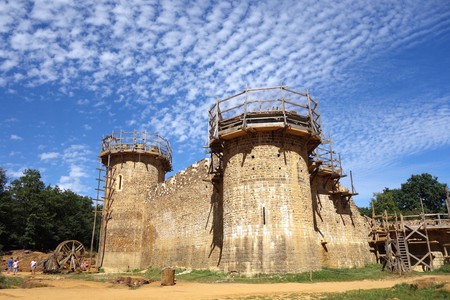 For the past 20 years, in the middle of a forest in Burgundy, a team of master-craftsmen has been hard at work building a 13th-century castle from scratch, using only medieval technology and materials.

It’s like a scene from a time-travel film. Driving away from the nearest village and leaving behind the signs of contemporary living, there is a road leading up to a building site… in the Middle Ages. There, highly skilled stonemasons carve their rocks from a quarry, banging them into shape and hauling them with hand-made ropes. In the line of workshops are joiners, blacksmiths, tile makers, all working as if not a day has passed since 1248. What is happening here, and why? 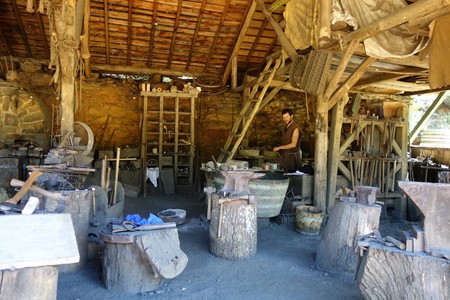 The reason for the project

Although it is packed with fascinated visitors, the Château de Guédelon is not an amusement park, but a site of experimental archeology, a research project seeking to revive heritage craft skills and to reveal the secrets of medieval construction and ‘learn by making’. By reproducing similar challenges to those the original builders would have faced, the project attempts to resolve many unanswered questions about what life and culture was like in Medieval times. 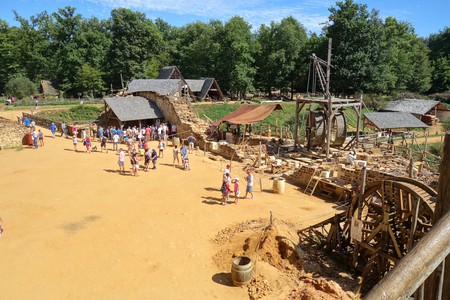 The construction of the main gates in progress | © Sylvia Edwards Davis

There is a story weaving around the construction, as if the castle had been commissioned by a real lord for his family, so that everything will evolve as a coherent whole, corresponding to the status that the Lord of Guédelon would have had at the time, and compared to his peers and superiors. Architectural historians and archeologists work alongside master masons and carpenters, and base much of their work on medieval financial records, illustrations from illuminated manuscripts, stained-glass windows and evidence from contemporary chroniclers. The site – in the heart of Guédelon forest – was selected because it offered all the resources necessary for the building of a castle: a stone quarry, an oak forest, sand, clay and a water supply. 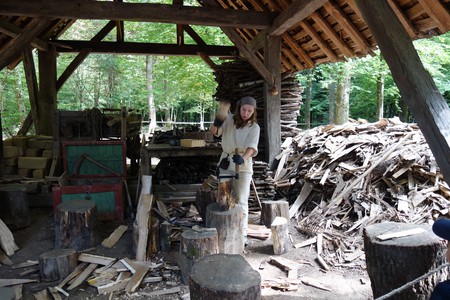 Unlike other research sites, Guédelon welcomes students, interns and members of the public. The workers are there to demonstrate and explain the skills that were passed on down through the centuries, such as quarrying, building a vaulted ceiling, setting up the roof timbers, or making fired-earth tiles. Work stops during the winter, so Guédelon is active between the end of March and the beginning of November. Many visitors come back every year to follow the progress. 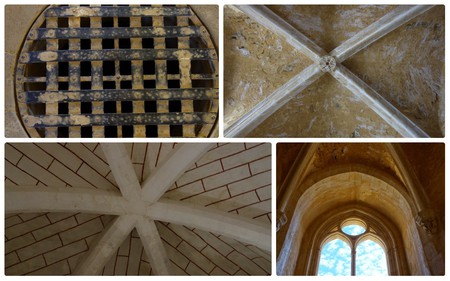 Do you fancy going medieval?

Aside for the experts and permanent staff, each year over 600 people volunteer to play a role on-site. They can be medieval enthusiasts, students, or just complete novices looking for a different experience. There’s still plenty of time to sign up, as the construction is scheduled to be completed by 2021, and then the focus will possibly turn to the surrounding medieval village.