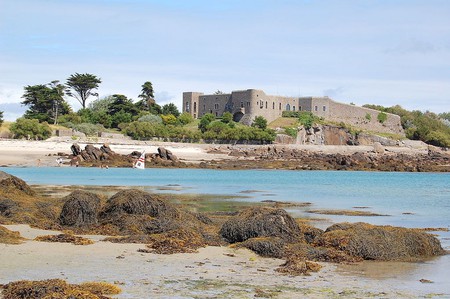 The castle on the Grande-Île of Chausey Island, France | © Pline / WikiCommons

The Chausey Islands are northern Europe’s largest archipelago and yet, their rugged coastline welcomes just a handful of tourists each year. Tucked away off Normandy’s most southwesterly corner, these white sandy beaches were once a battleground and are steeped in history that stretches back to Napoleon III.

An unspoiled paradise with a timeless feel

The Chausey archipelago consists of 365 islets at low tide and 52 at high tide, making it a magically shifting landscape. There’s a thriving fishing culture thanks to the abundance of crabs, lobsters and mussels. You may even spot a dolphin during the one-hour boat trip to reach the islands from Granville on the French mainland. 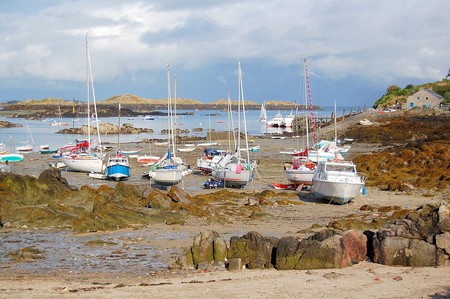 Chausey is an unspoiled paradise thanks to its isolated location and the absence of cars lends it a timeless feel. This haven of calm with six white sandy beaches, three of which are dedicated to tourists and bathing, are highly sought after during the summer. It’s especially popular with ramblers. 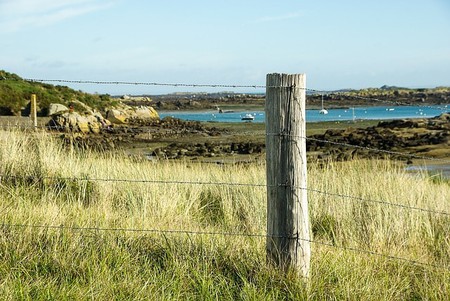 Steeped in a history stretching back to Napoleon III

As you take a boat out to the fringes of this forgotten land, located just 17 km from Granville, one of the first things you’ll spot is the towering 39-metre lighthouse. It’s been in operation since 1847, guiding the local fishermen back onto the main landing slip.

Interestingly, the landing strip was built at the beginning of the First World War by 300 German and Austrian prisoners that were held in the fort. Commissioned by Napoleon III and completed in 1866, the fort is an awe-inspiring relic. It even housed a small garrison of the Third Reich during the Second World War.

The castle on the Grande-Île of Chausey Island, France | © Pline / WikiCommons

Many historic relics are dotted around the islands

The lighthouse and fort might be the most majestic historic relics, but there are many others lurking on the landscape, too. The castle on the west coast of the islands is the ultimate gem, built in 1559 then later restored in 1923 by industrialist Louis Renault, who fell in love with the islands.

The chapel is worth a visit as well – it was built in around 1850 with gorgeous stained-glass windows created by Yves Durand de Saint-Front (son of the painter Marin-Marie). There’s also a beautiful Louis XIV altar and two ship models that pay homage to the maritime tradition. 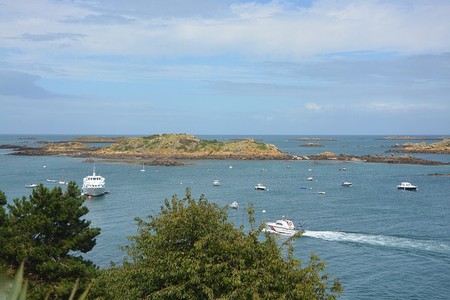 There’s also the semaphore, which was built in 1867, at the top of a hill named ‘Gros-Mont’ (the highest point of Grande-Île at 31 metres above sea level) and the towers of Baudry and Lambert. Interestingly, the construction of these towers in the middle of the 19th century, situated on the path to the lighthouse, was to put an end to a quarrel between the inhabitants of Granville in Normandy and Cancale in Brittany.

If you’re a fan of art, you might also choose to visit the house of maritime artist and navigator Paul Marin Durand Couppel de Saint-Front (Marin-Marie), who considered Chausey as his home base.

Despite the oft-forgotten nature of this isolated archipelago, sometimes dubbed as France’s best-kept secret, it’s actually fairly easy for tourists to visit. 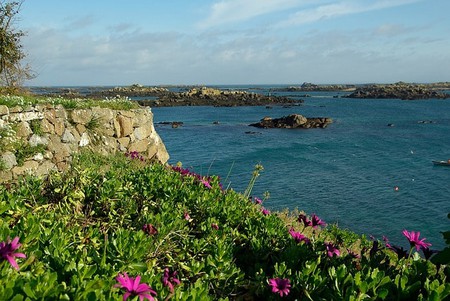 You can embark from Granville in Normandy with ‘Jolie France’, a maritime company established in 1977, with three passenger boats. They offer daily crossings to Chausey from April to September and on Wednesdays, Saturdays and Sundays from October to March, so you’re hardly likely to get stranded.

If you did, though, it would be a brilliant excuse to stay the night in Chausey’s only hotel, the relaxing eight-bedroom Hôtel du Fort et des Îles. Make sure to reserve in advance.