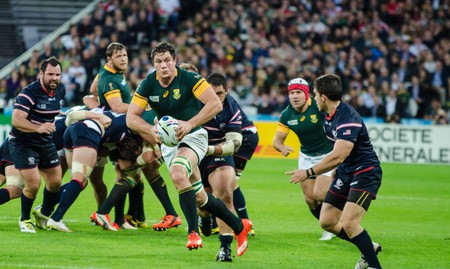 France has pledged a bid to stage the 2023 Rugby World Cup with a hefty guarantee of nearly £500 million. The move comes in a desperate attempt to prevent what the French bid leader, Claude Atcher, has warned will be the imminent ‘death of international rugby’.

In the wake of worrying financial sports team reports, hailing from a host of top rugby clubs dotted across the globe, Claude Atcher is confident that giving France the privilege of staging the 2023 World Cup will protect the future of international rugby. The unprecedented guarantee of nearly £500 million hopes to prove that transferring the responsibility of hosting such a major sports event onto French soil is a transferal into safe hands.

‘If we don’t do anything, in five to 10 years you will have two, three to four teams on the same level and that’s all, and I think rugby will die,’ said the bid leader. ‘If you are looking at New Zealand, the best team in the world, their financial report in June showed they lost €3 million (£2.65 million). South Africa, they lost €2 million (£1.75 million). Australia, they have a lot of issues with structure, teams, players and financially.’

‘Italy’s financial report in June showed that they lost £2 million. Scotland, Wales and Ireland are not losing money but they are balanced in terms of budget. The only unions with a profit are England and France,’ continued Atcher.

‘We are not World Rugby and do not want to fight with them, they are a key body. But to develop rugby we need some new teams, a strong team in the USA, Russia and China, and emerging countries, to increase the capacity of rugby and to involve more people around the world.’ 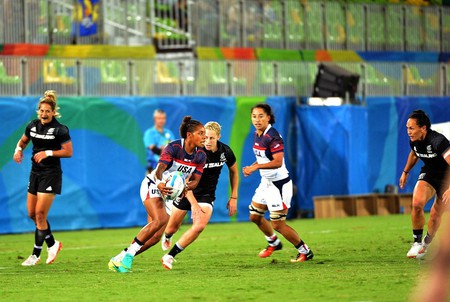 The three bidding nations are currently gearing up to make their presentations to the voting bodies this Monday, before the hotly anticipated final decision is set to be announced on November 15.