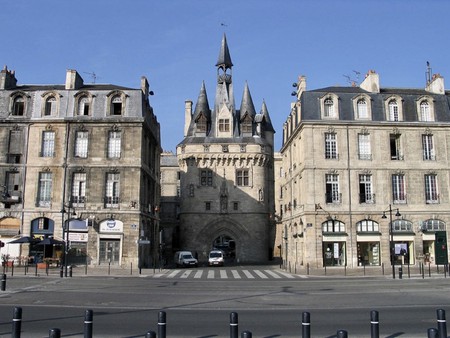 Ten years ago, the city of Bordeaux joined the privileged circle of cities with monuments and sites registered under the UNESCO World Heritage Site label. It is also the world’s largest ensemble on the prestigious list. Find out why it deserves all the praise.

Bordeaux’s candidacy for UNESCO’s World Heritage Site list was uncommon right from the start. Indeed, presenting such a large urban space to be an eligible member of the renowned organization was unheard of, but totally legitimate. Bordeaux’s exceptional architecture has been well-preserved over the years. Due to its exceptional patrinomy—and after consulting the most prominent local scientists, architects, historians and urbanists—the city officials decided to apply to UNESCO under the “urban ensemble exception” category.

In the first application they had to submit to the Ministry of Culture in 2005, the urban ensemble included the Garonne River and Port de la Lune up to the city’s boulevard belt. The ministry rapidly agreed to support Bordeaux’s candidacy and, after rigorous examination and several visits by the International Council of Monuments and Sites (ICOMOS), Bordeaux was officially added to the UNESCO World Heritage Site list on June 28, 2007. What’s unique about Bordeaux’s membership is that 1100 hectares (2718 acres) of the the city’s 4400 (10,872 acres) are registered as World Heritage Sites. 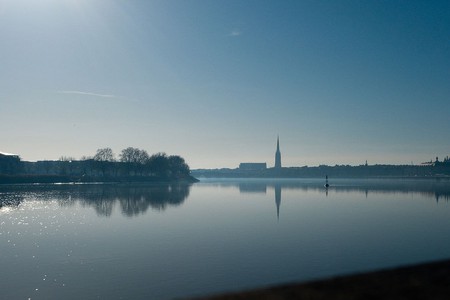 The Port de la Lune (Moon Port) describes the port of Bordeaux. It was given its name due to the Garonne’s moon shape as it goes through the city. The Port de la Lune is a formidable urban space, where diverse cultural influences have shaped the city over 2000 years. In addition, its predominant role in the maritime and wine industry enhanced its profile as an international commercial hub. The impeccable way the architectural masterpieces from 18th and 19th century remain intact, while blending perfectly with the city’s modern equipment, is stunning. The way the tram gracefully crosses over the iconic Pont de Pierre to bring passengers to both banks of the river is a majestic urban ballet you don’t want to miss. As you pursue your discovery of the town, you will be mesmerized by the variety and beauty of these protected sites. If you go up north, the Bassin à Flots and Baccalan neighborhoods draw the limits of the city. In Baccalan, if you are into Art Déco, you should make a halt at the beautiful ensemble designed by the architect and Bordeaux-native Pierre Ferret.

In the 1960s, Bordeaux’s then-mayor, Jacques Chaban-Delmas, in an attempt to urbanize the city, supervised the constructions of two large projects: one in Mériadeck and one in the Cité du Grand Parc, built alongside the Godard Boulevard. If you’ve arrived in Bordeaux by train, you’ve probably admired the Gare Saint-Jean that conserved its external appearance, typical of Bordeaux’s architectural style, while undergoing some major renovations inside. 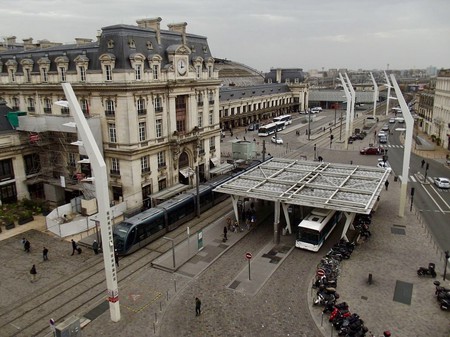 Walk a bit in direction of the Saint Michel district and pause for a while to glance at the astonishing Saint Michel Church. After that, take the tram to the Porte de Bourgogne stop and get in the heart of historical Bordeaux. Walk up the Cours Victor Hugo and be stunned by La Grosse Cloche (the Big Bell), built in the 15th century and one of the city’s oldest monuments. 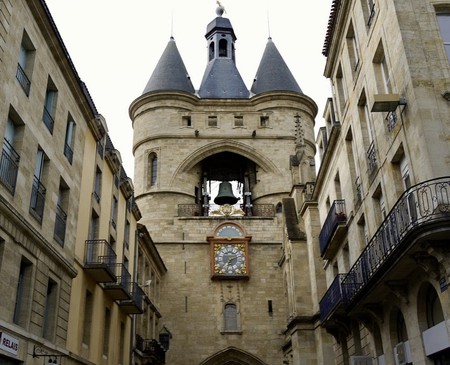 Go back down and take a left on Quai Richelieu and stop first at Porte Cailhau, one of Bordeaux’s former gates. Continue straight and you will soon arrive in, by far, the most beautiful spot in town: Place de la Bourse. The fountain in the middle of the square, the splendid Miroir d’Eau and the jaw-dropping view over the Garonne make it a unique and memorable place.

It’s time to momentarily say goodbye to Place de la Bourse (you can always go back), and head for the Saint Pierre district, highly appreciated by both locals and tourists, famous for its plethora of restaurants and bars and the Saint Pierre Church, labelled as a Monument Historique since 1908. 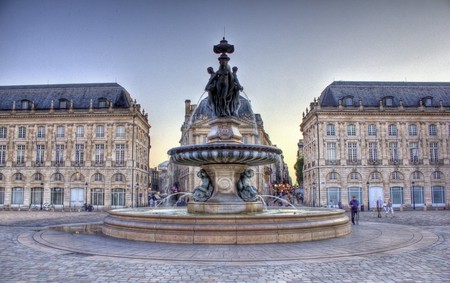 Next, head toward the Hotel de Ville (City Hall), where you will see the impressive Saint André Cathedral and, only a few meters away, the Tour Pey Berland. Although you might have to queue for a while, you should climb to the top of the tower and enjoy a superb 360-degree view of the city. Once back on firm soil, go to the Palais Rohan, an 18th-century Neoclassic building where the mayor’s office is located. You might cross paths with Alain Juppé, Bordeaux’s current mayor, who can sometimes be seen having coffee in one of the small cafés nearby. If you aren’t too tired, make sure to pass through Porte Dijeaux, a smaller version of Paris’ Arc de Triomphe, meters away from the emblematic Place Gambetta. 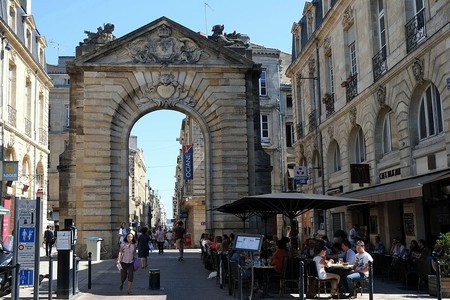 You are now descending the Cours de l’Intendance, Bordeaux’s chicest street and home of many luxury brands. We recommend stopping for a well-deserved break at Place de la Comédie to admire the magnificent Grand Théâtre and, right across, the Intercontinental Grand Hôtel de Bordeaux.Save some of the UNESCO sites for later and enjoy the rest of your evening in one of Bordeaux’s finest restaurants or trendy neighborhoods. 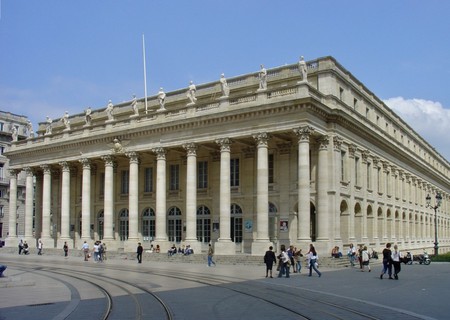 Now you’re well rested, walk five minutes from the Place Gambetta and you’ll soon be facing the Palais Gallien, vestige of the influence of the Roman Empire in Burdigala (Bordeaux’s former name). After this trip back in time, head to Place des Quinconces, a tourist favorite and the largest square in Europe. End your tour in the Chartrons, Bordeaux’s most popular area and highly sought-after neighborhood on the real-estate market. Close it all off with a drink in one of the old chai or wine factories, renovated to create a Soho-like ambiance right in the heart of the city. 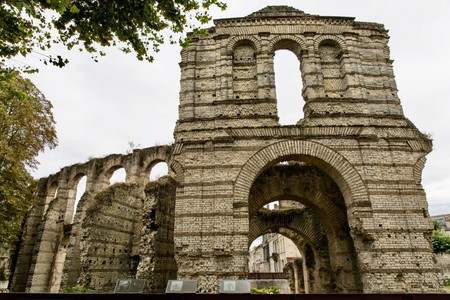