'Exceptional' Roman Ruins Have Been Found in France 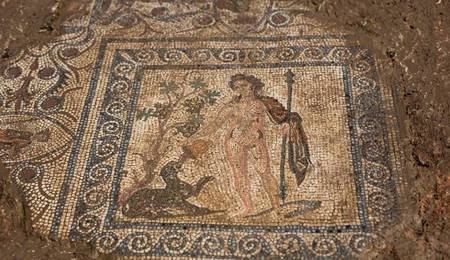 A major archeological discovery was recently made, when the ruins of a Roman neighbourhood were unearthed in southern France. It is said to be one of the biggest finds in recent years, anywhere in the world.

In April, the ground was dug up to lay foundations for a new housing complex in Sainte-Colombe, a suburb of Vienne, just outside Lyon. Rather surprisingly, builders discovered the Roman remains of an entire neighbourhood. In April, archaeologists from Archeodunum, a company that specialises in historic site evaluation, began work on the site. Excavations were supposed to last six months but, seeing as how much has been discovered, they have been extended until the end of 2017. The site is admittedly large, covering 60,000 square feet (5574 square metres). 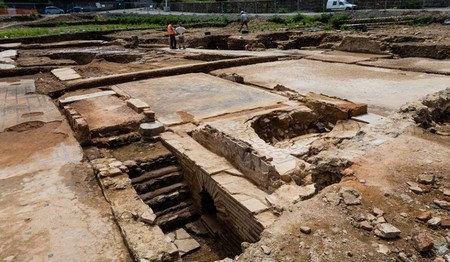 The site covers 60,000 square metres and is classed as probably one of the best finds in recent years of Roman remains | © Archeodunum/Flore Giraud

Vienne was already known for its Roman remains – it has a theatre, city walls and roads – but this new area is a real find as it includes an entire neighbourhood, portraying everything to do with Roman life. It was most likely built around a market square, and there are shops, food stores, as well as a temple. The temple is interesting to film lovers, because a medal found inside it would have been presented by Emperor Lucius Aurelius Commodus – he was the baddy to Russell Crowe’s Gladiator in Ridley Scott’s 2000 blockbuster. 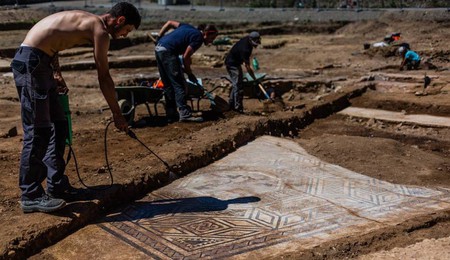 The site has been incredibly well preserved thanks to two fires, one at the start of the 2nd century and one in the middle of the 3rd. The fires effectively aided the conservation as they carbonised the buildings (made of wood and bricks) and left them almost intact, ready to be discovered centuries later. It also did the same to vases and mosaic tiles, which have been beautifully preserved. Iron objects were oxidised by the fires so corrosion hasn’t occurred, meaning objects like door hinges and axes are now being unearthed in good condition. 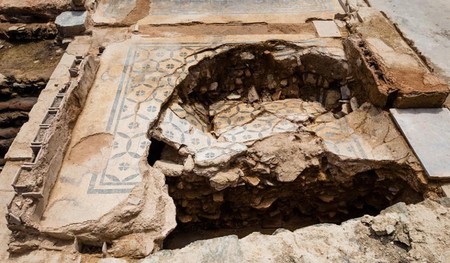 There are 15 archaeologists and five interns working on the site, lead by Benjamin Clément from the university of Lyon and Archeodunum. He has said that the site is like, ‘an instant photograph of life at the beginning of the 2nd century, and at the middle of the 3rd century.’ 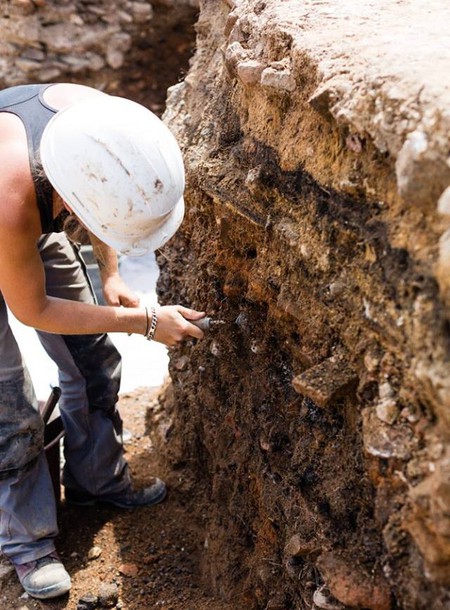 The neighbourhood appears to have been abandoned in the 4th century and was then lost forever, until this year and this amazing discovery.