Everything You Need to Know About Transgender Model Valentina Sampaio 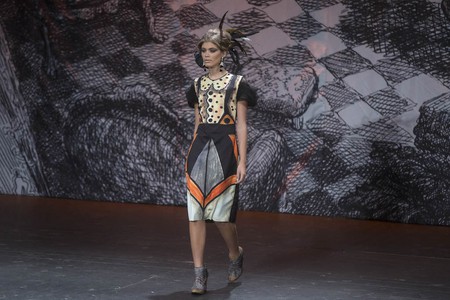 Valentina Sampaio is just what the fashion industry needs: another beautiful, young woman from Brazil, brown-haired, green-eyed, five-foot-nine, with a 25-inch waist and 33-inch bust. One other thing about Valentina, which currently makes her quite exceptional but which, hopefully, one day soon, indeed thanks to her present success, will be a mere trifle, is that she is transgender. Here’s everything you need to know about this rising star.

Her Vogue cover is the biggest yet for a transgender model

French Vogue isn’t the first fashion magazine to feature a transgender model on its cover – Andreja Pejić was on Marie Claire Spain this time last year and Hari Nef appeared on ELLE UK in September 2016 – but the title’s superior clout takes this casting decision to a whole new level of significance. Important, too, are the magazine’s cover line ‘Transgender beauty: How it’s shaking up the world’ and Emmanuelle Alt’s considered editorial inside. With help from Mert Alas and Marcus Piggott’s photographs of Sampaio, free of cliché and fetishization, this issue of fashion’s most revered publication signifies a sea change in the industry’s approach to gender inclusivity.

This is her second major cover in six months

Sampaio first made international headlines at the end of last year when she appeared on the November cover of ELLE Brazil, channeling a young (and somewhat poutier) Brooke Shields in a blue swimsuit and Burberry coat. It was this same publication that six years previously got the transgender model movement going when it chose fellow Brazilian and Riccardo Tisci muse, Lea T, to star on its December cover. On seeing in Sampaio a young woman striding through the door that she pushed open, T wrote graciously in an Instagram post: ‘Look at the world becoming more beautiful every day.’

She is already a L’Oréal brand ambassador

In March 2016, L’Oréal made its voice heard in what it described as the ‘fight for feminine freedom in all its expressions’ by producing an online video in which its newest representative prepared to have a photo taken for her new ID and for her first ‘official’ International Women’s Day. ‘Beauty is something that transcends the body,’ Sampaio states in her native tongue in this so-called coming out clip. ‘It comes from the soul.’ Wise words, indeed, for a girl of just 19 at the start of her modeling career.

She is the face of Skunk

Between booking game-changing international magazine covers and making regular appearances on the runways of Sao Paulo and Rio de Janeiro, Brazil’s two fashion capitals, Sampaio has found the time to land the job of being the face of Skunk, one of the country’s hottest up-and-coming womenswear brands. In its winter 2017 campaign video, entitled Russian Wind, and in true supermodel-in-the-making style, she rolls around coquettishly on a white fur blanket with a blue-eyed husky and later remains coolly unfazed by an unexpected, indoor snow flurry.

She is ‘just’ another model

Perhaps the most important thing to know, or remember, about Sampaio is that she is, essentially, a model. She owes her parents, a fisherman and schoolteacher, and, one presumes, the clean air in Aquiraz, the small fishing town where she grew up, for her good looks and, judging by the extraordinary things she has achieved professionally at such a young age, she has the drive and skill to make the most of them. As a transgender model, she is one of a growing few and thus is, for now, deserving of special attention but she is equally just the latest in a long line of beautiful girls from unheard of towns around the world that have been discovered in a crowd, primped, paraded, and made famous practically overnight. And isn’t that alone not still a story worth telling? As French Vogue’s editor-in-chief so neatly puts it: ‘When a transgender person poses on the front cover of a fashion magazine and it is no longer necessary to write an editorial on the subject will we know that the battle is won.’ 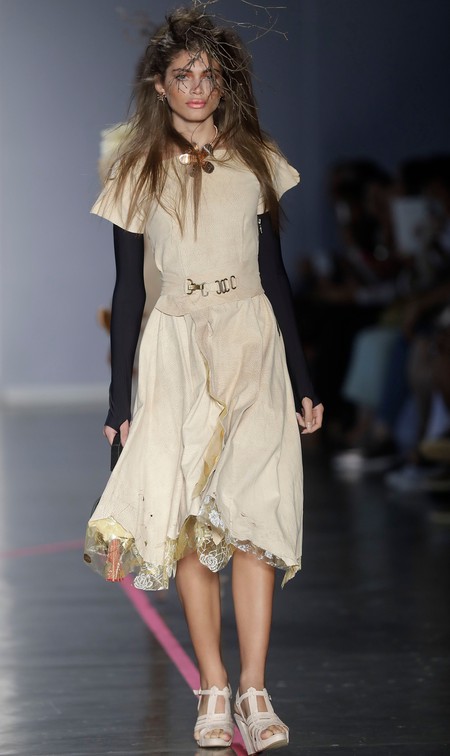