Though the season is drawing to a close, it’s not too late to hit the slopes. There’s a huge array of holiday options around the beautiful European mountains, whether you’re a bambi-legged beginner or a seasoned veteran. We look at the best ski resorts in Europe, with snow-sure slopes and lively atmospheres guaranteed. The highest resort in Europe, the lifts ascend the Klein Matterhorn at 3,883 meters, with views stretching over the Alps. The resort boasts snow-sure slopes from late November to early April and all year round on Zermatt’s glacier. The car-free town is full of life in every season. The narrow lanes behind that Monte Rosa hotel on Main Street are particularly charming, lined with a jumble of wobbly-looking chalets. The only downfall of this resort is that it’s consistently ranked as one of the most expensive ski resorts. Chamonix boasts a wide range of slopes for all levels and features a steep-sided valley, draped with tumbling glaciers beneath a crown of rocky spires. It’s the ideal spot for snow sports and mountaineering to meet. Chamonix hosted the first ever winter Olympics in 1924, and the hugely varied ski area makes for an exceptional range that spells versatility. The top of the highest lift in the resort sits at an incredible 3,842 meters, and the town itself is busy. With 10,000 permanent residents, there’s an upbeat feel all year round. 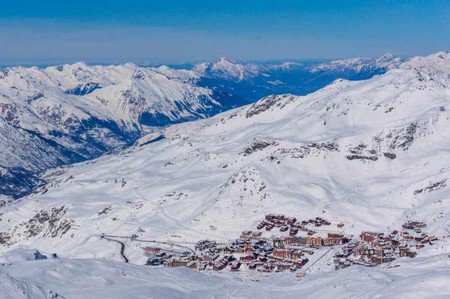 The purpose-built resort of Val Thorens is the highest resort in les Trois Vallées, which also includes Courchevel and Méribel, and thus has guaranteed snow cover from November to May. It sits at the head of the Belleville Valley, a horseshoe of dramatic peaks surrounds Val Thorens. An attractive, sophisticated resort, it is known for its wealthy clientele and boasts some of the smartest hotels and restaurants in the French Alps. Val Thorens also has a highly varied terrain style, suitable for beginners to expert skiers.

Artlessly chic, Åre is the epitome of the Swedish ski scene: serene, laid-back, and stylish. Åre is Sweden’s premier winter resort and a refreshing change from the largely Brit-dominated resorts in the French and Italian Alps. However, these mountains are nowhere near the neck-craning peaks of the Alps, with the highest peak sitting at a modest 1,420 meters. In the central part of Sweden, Åre is one of Scandinavia’s largest ski resorts with five ski areas, 40 ski lifts, and 103 runs. 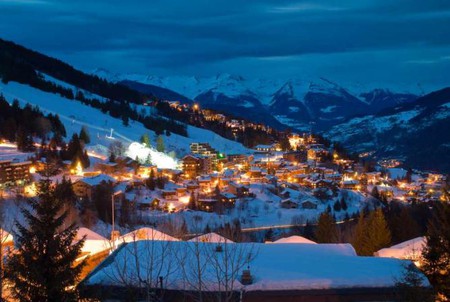 Courchevel is part of the world’s largest lift-linked ski areas, les Trois Vallées, with 600 kilometers of pistes and over 170 lifts. The north-facing aspect of Courchevel’s slopes means that the snow is usually some of the best in the whole area. The varied terrain suits everyone from beginner to expert. Courchevel itself has four separate resort villages: Courchevel le Praz, Courchevel Moriond, Courchevel and Courchevel Village. The resorts are linked by an efficient and frequent free bus service. From the slopes themselves, there are stunning views of Mont Blanc, Champagny, and Bellecôte. 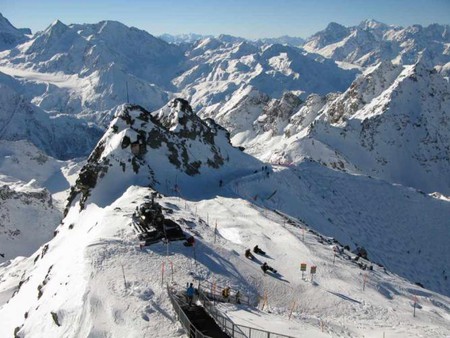 Verbier is Switzerland’s premier ski resort and part of its largest ski area: the four valleys. The sunny, scenic location, exciting terrain, and lively nightlife attracts a more youthful, sporty clientele and is highly popular with Brits, Dutch, Scandinavian and Swiss visitors. The slopes are snow-sure, with 100 lifts spanning more than 400 kilometers of runs. The top of the ski area, Mont Fort, at 3,330 meters, has views reaching as far as the Matterhorn and Mont Blanc. Verbier’s notoriously challenging terrain has lead to its hosting events such as ‘Xtreme Verbier,’ the finals of the free ride world tour, and the Speed Ski World Cup on the glaciers of the Mont Fort. Verbier’s shops, restaurants, and hotels are concentrated in a relatively small area of the resort, just a ten minute walk from end to end.

Alpe d’Huez village sits at 1,860 meters in a sunny bowl above the valley town of Bourg-d’Oisans. The slopes range from 1,100 meters to a heady 3,330m, and the terrain is a good range for all standards of skiers. On the glacier, the snow cover is sufficient for a long season that stretches from early December to late April. The ski area is the fifth largest in France, with 249 kilometers of slopes served by 84 lifts. However, over the years the town has become a bizarre architectural muddle, which has ended up with it splitting into eight small districts. The best place to stay is at the top of the town, close to the Rond Point. 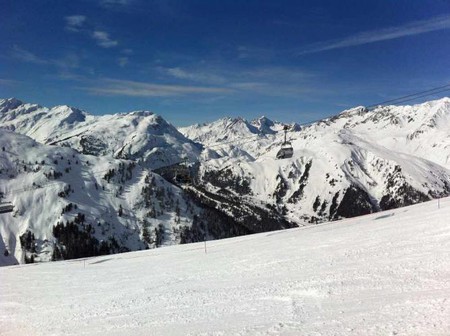 St Anton is located in Austria’s Arlberg region, one of Europe’s snowiest areas. It has 340 kilometers of pistes, a hugely efficient lift system, and an attractive town bursting with stylish hotels, chalets, and restaurants. St Anton is an extremely easy-to-reach resort, within two hours of three international airports, and has a railway station at its heart. Although St Anton suits the more advanced skier or snowboarder more than the beginner or intermediate, it boasts a superb ski school and plenty of non-skiing activities. The resort is a charming and extremely attractive Tyrolean mountain village. 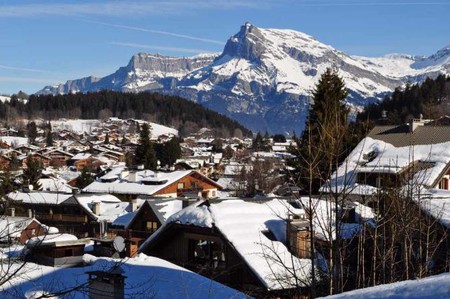 Megève is the original purpose-built French ski resort, developed in the 1920s as a response to Switzerland’s swanky St. Moritz. This resort has a lovely sunny setting and has a beautifully preserved, partly medieval center. The visitors are mainly French, who flock here for an all-round holiday every season. As far as skiing is concerned, the slopes are split into three sections: the first is accessible by lifts from the center, another from the southern edge of town, and another from an elevated suburb or from an out-of-town base. The last two sections are conveniently linked by cable car. Megève is home to some spectacular mountain restaurants, smart hotels, and shops. The resort has a charming, old-town feel. It is car-free and has an open-air ice rink, horse-drawn sleighs, cobbled streets, and a church. The slopes are prettily wooded, the best of which is the red Epaule du Charvet, along a ridge above Saint Nicolas de Véroce.