Escape to France's Most Secluded and Quiet Beaches

©Jeanne Menjoulet / Flickr
France has several spectacular beaches as well as chic and elegant resorts, but sometimes it’s best to leave it all behind and seek some quiet communion with nature in one of France’s secret beaches. Here are some of the country’s quiet and secluded beaches for those who want to spend some time near the water but without all of the crowds and noise the busier beaches offer.

To be fair, it is quite a challenge to find a secluded beach in the Mediterranean during the high season. The best bet is to head for the Calanques, as the beautiful coves carved into the craggy coast are called. Head for those spots that are not easily accessible by car such as the Calanque de Port-Pin located near La Ciotat. It is accessible either by boat or about 30 minutes on foot via the walking trail from the Calanque de Port-Miou. In the off-season, there is an accessible parking lot in the Gardiole Forest and then a footpath that descends toward the sea. From Gardiole, it takes about an hour and a half to get to the water so plan to return while there is still daylight. 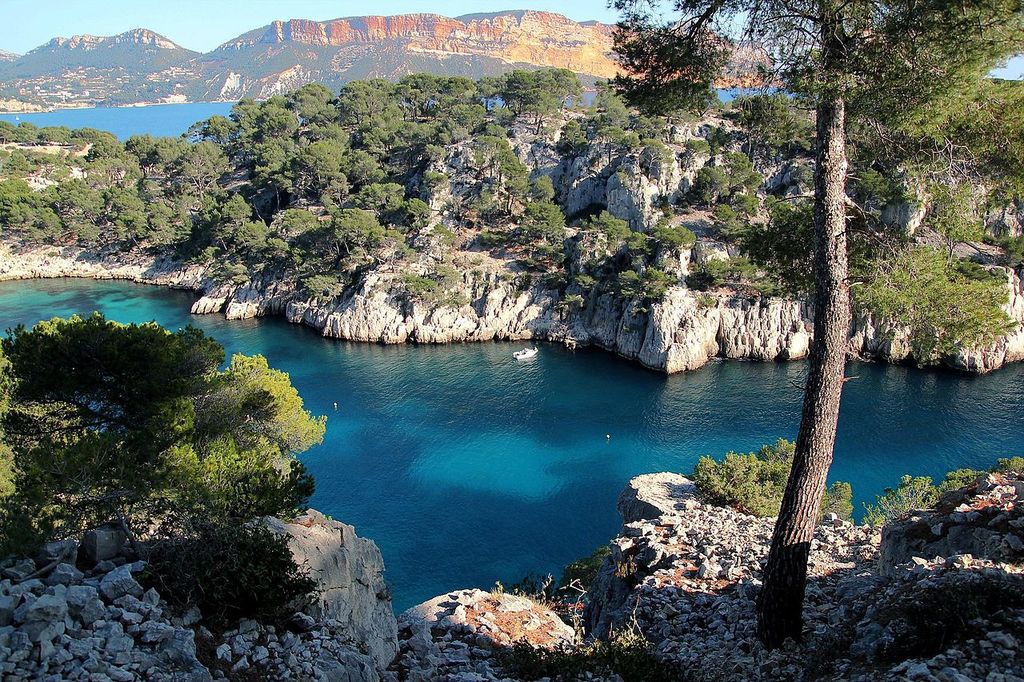 A step closer to paradise is what this beach on the Lavezzi Islands feel like. Located on the southern side of Corsica, these granite shores have been classified as a nature reserve reachable by a 10-minute boat ride from Bonifacio. The unique turquoise waters are perfect for diving and snorkeling. Because the islands are uninhabited, visitors will need to bring everything they need with them and leave nothing behind except footprints. 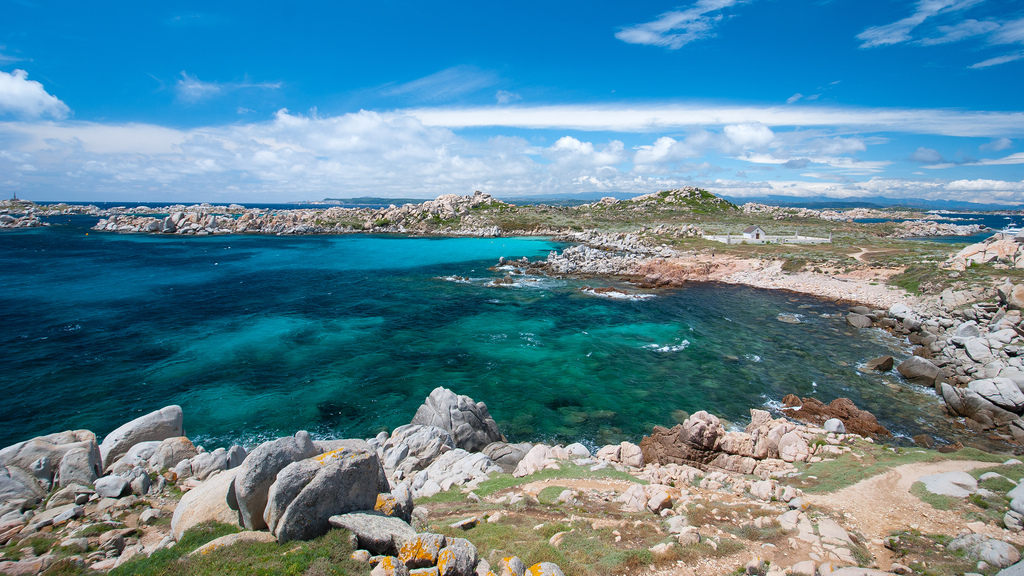 Located in Basque Country between Guéthary and St. Jean de Luz, in the southwest, this beach will delight seekers of seclusion and authenticity. There’s a scenic coastal path to enjoy the spectacular view and discover the wild flora and fauna—just make sure not to disturb the natural ecosystem as this is conservation area.

About 20 minutes north of Le Havre lies the spectacular beach of Étretat. The area is known for its dramatic white cliffs that drop into the endless sea and the unique natural arches that have been eroded by the elements forming incredible ‘bridges’. This is a sensational spot for all water-sport lovers, especially those that require a bit of ‘wind beneath their wings’. 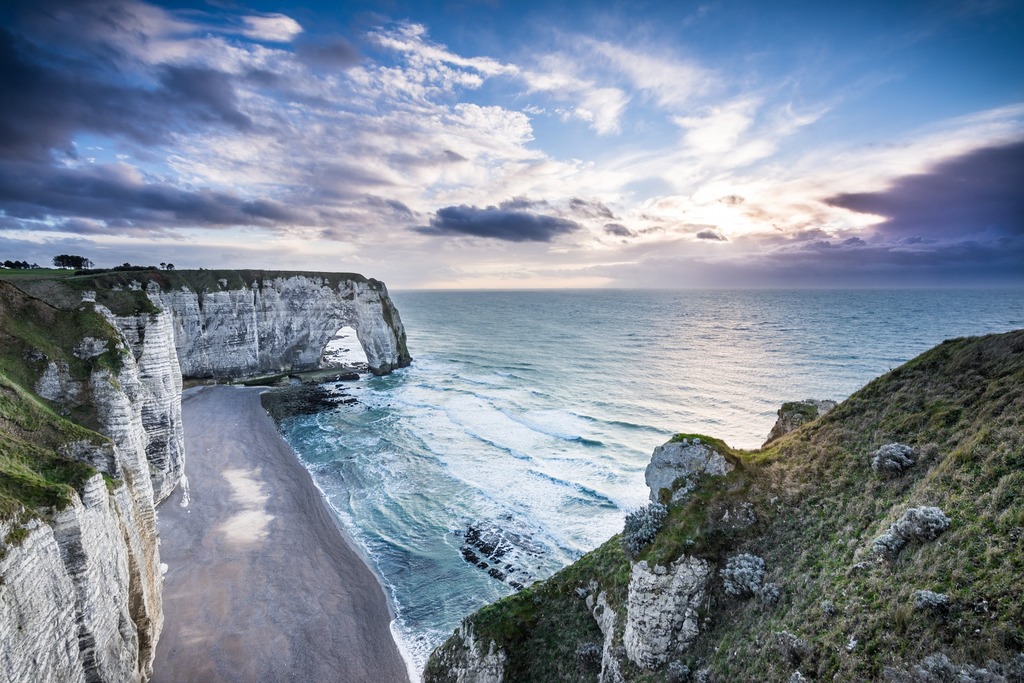 This beach in Cap-d’Ail is often mentioned as one of the most beautiful in the Riviera. As with most spots on the Mediterranean, it is the most peaceful in the shoulder season—just before and after the summer holidays. It is only accessible via the coastal path that runs along Cap-d’Ail’s shore, or down a hundred or so steps from the Cap-d’Ail train station. 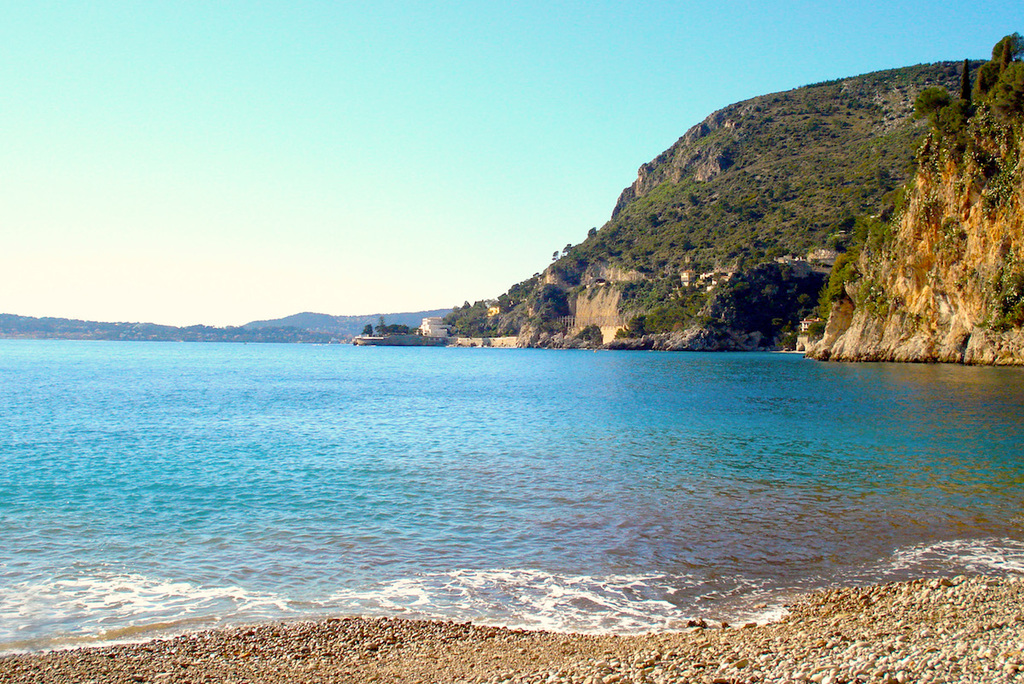 Noirmoutier, linked to the mainland by a causeway, is an island off of France’s Atlantic coast in the Vendée department. The 7-km (4.35-mile) long Barbâtre, on the southernmost side, has beautiful sandy beaches and walking and cycling lanes that lead away from the forest. There, people can walk or ride further away from the more popular areas and find their own secret spot.

The calanque of En-Vau is on the most spectacular coves on the Mediterranean coast, and the long trek to the pebble beach at the bottom is worth the effort. It can only be reached on foot, so park in the Gardiole lot—the road that joins Marseille with Cassis. The walk takes just under one hour downhill and about an hour and a half back up, so plan accordingly and wear durable shoes. It can also be reached via the walkway from the calanque of Port Miou. 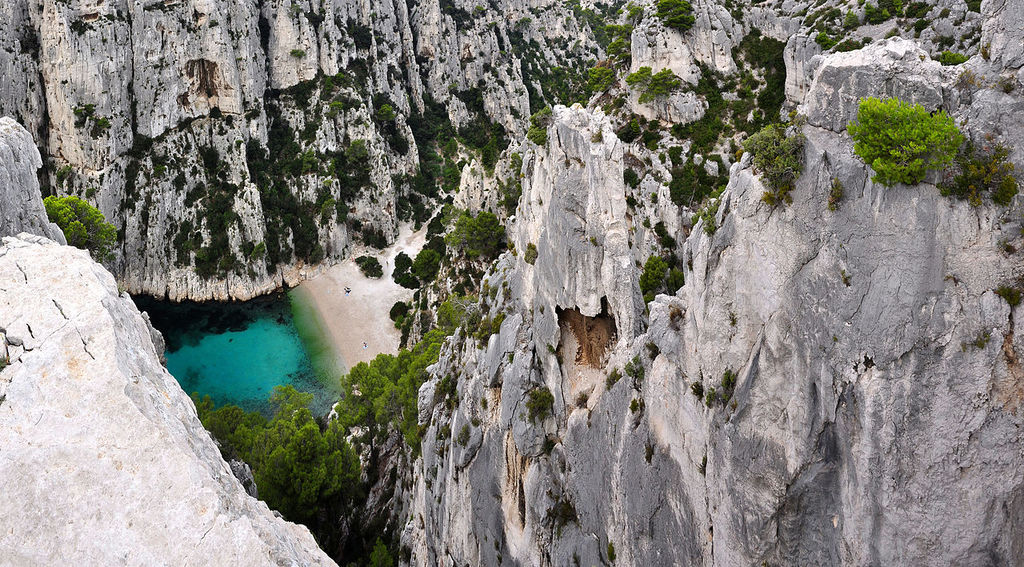 Blink and miss the little Bugul beach at the end of a string of beautiful beaches on the island of Belle-Île. The largest of the islands off the wild and atmospheric coast of Brittany, it has the feel of a distant place but is actually just 14km (8.7 miles) from the Quiberon Peninsula. 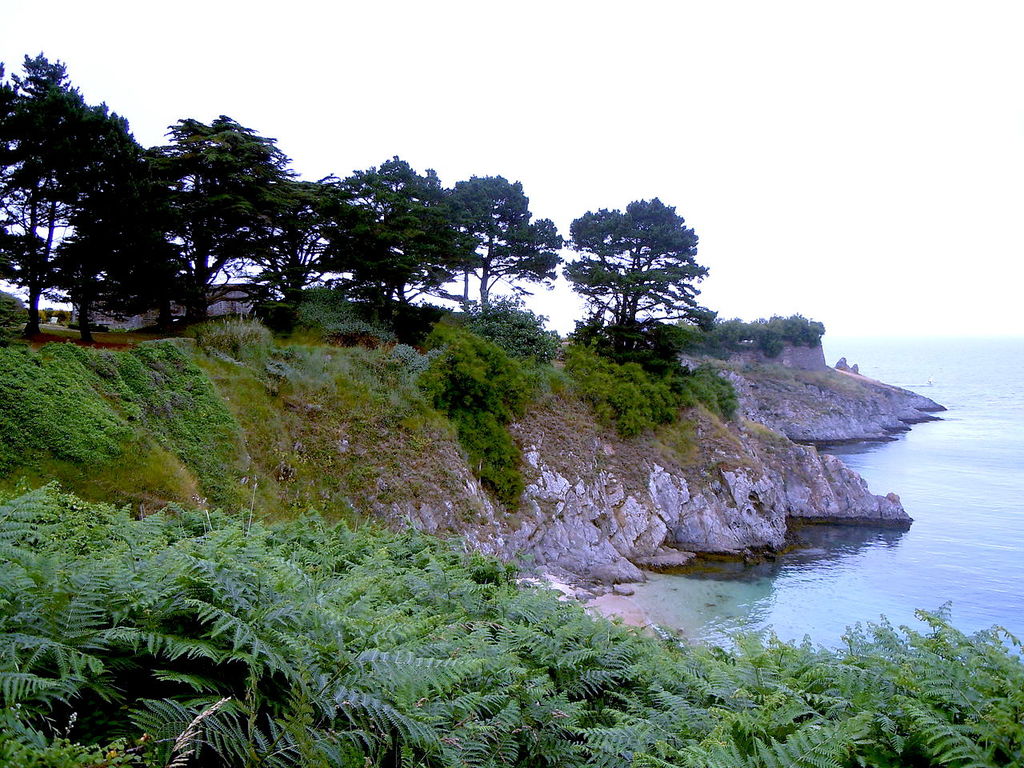 Here’s a sweeping remote beach worthy of an Impressionist’s painting in the remote, southwest corner of the Ile-de-Ré. The fine sand and grassy dunes culminate in the lighthouse offer spectacular sunsets. There is limited parking available, so as with everything else on this scenic stretch of France’s west coast, bikes are a traveller’s best friend. It’s less than a half-hour ride to nearby Ars en Ré. 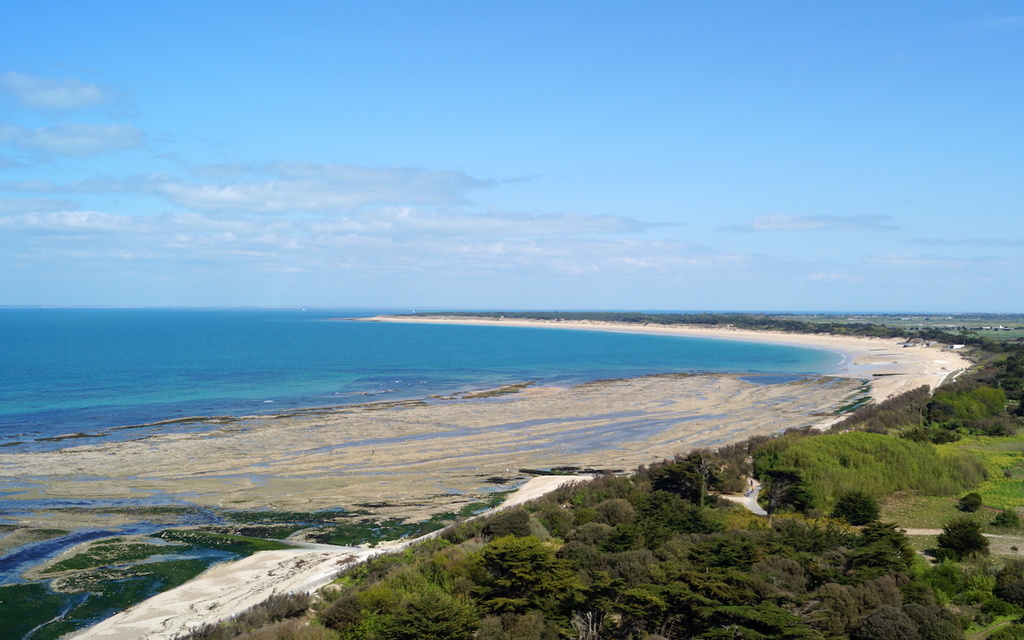 With its transparent azure waters, fine sand, and green hills framing it, the beach of Notre-Dame—on the island of Porquerolles off the coast of Hyères in the Mediterranean—is a picture-perfect paradise. As it is only accessible on foot and about 30 minutes of easy walking from the nearest village, it is quieter than its neighbours. While it does get busy in the high season from mid-July through August, it’s tranquil, lush, and absolutely stunning during the rest of the year. 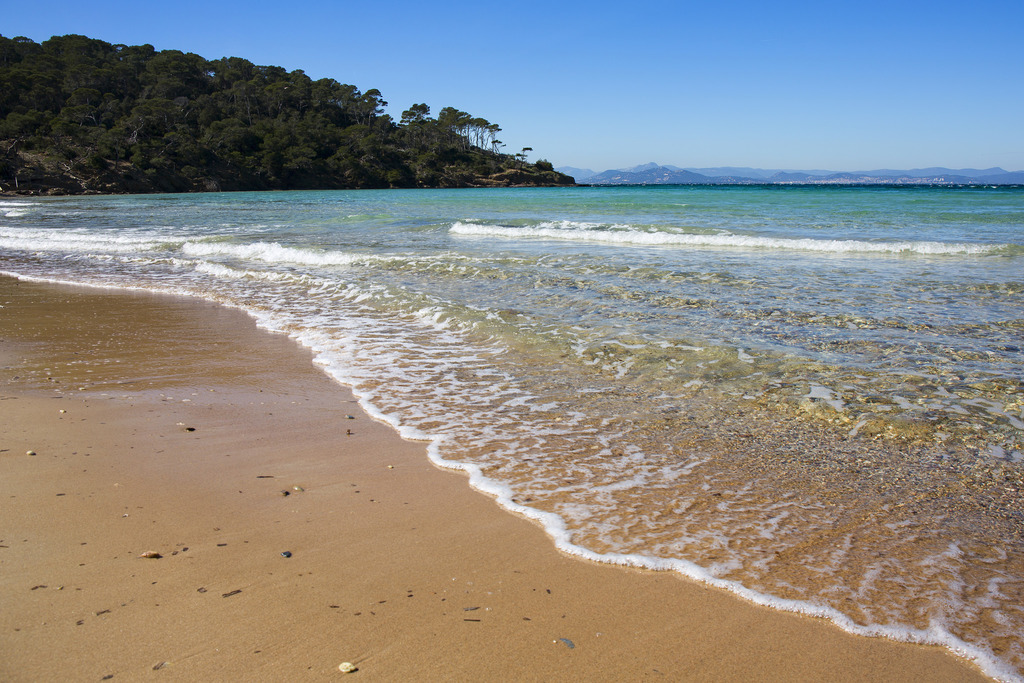