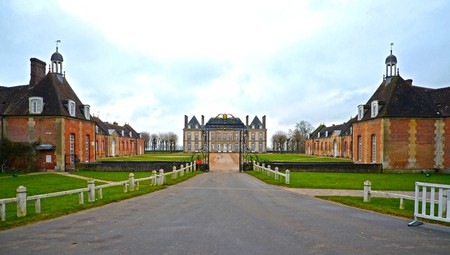 For anyone fond of horses, or simply interested in French history, the Haras du Pin equestrian stud is well worth a trip.

In the Orne department in Normandy lies the oldest national stud farm in France, the Haras du Pin, which is also known in English as the Pin National Stud. Conceived by Louis XIV and built between 1715 and 1730 under the reign of Louis XV, the stables have been nicknamed the ‘Equestrian Versailles’, a moniker that not only points out their architectural ties and their link to Louis XIV, but also their significant mark on France’s royal history.

The idea for Haras du Pin first dates back to 1665 when Jean-Baptiste Colbert, the Minister of Finance in the era of Louis XV, created the royal studs administration in response to a lack of horses in the French army. There was a dire need to increase breeding in France; the country had been importing horses from Italy and Spain, which was quite expensive, and needed to improve the quality of their own stallions. Louis XIV had already created his first stud farm in Saint-Léger near his hometown of Saint-Germain-en-Laye. However, the location proved to be unfavourable: the stables were too far apart, the land was infertile and the horses were in poor health. 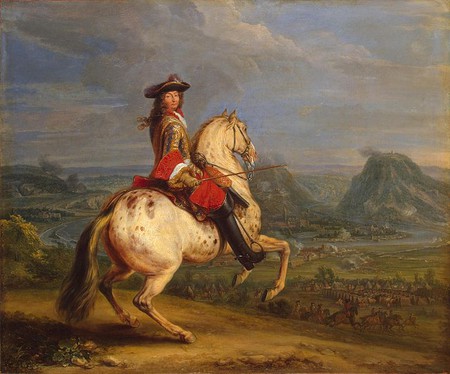 In 1714, just one year before his death at Versailles, Louis XV assigned his first horseman, François Gédéon de Garsault, to find more suitable land for horse breeding. After first considering the Brotonne Forest near Versailles, Gédéon de Garsault settled on the Buisson d’Exmes (now Haras du Pin) near Argentan thanks to its fruitful terrain and idyllic setting. In 1715, all of the royal horses in Saint-Léger were sent to this new location.

Renowned architects were involved in the stud’s design

The first architect to the King, Robert de Cotte, the man behind the stables at Versailles as well as the completion of the Grand Trianon, drew the initial plans for the main building. Once home to the directors of the stud, today, the palatial structure is referred to as the farm’s ‘castle’ and displays horse-themed paintings and trophies.

Per de Cotte’s plans, architect Pierre le Mousseux oversaw construction together with Jacques-Jules Gabriel, who would go on to become the Crown architect in 1735. Spanning over 1,000 hectares of land, the design of the Haras du Pin is regarded as an innovation of architecture in the equestrian world, combining aristocracy with functionality. 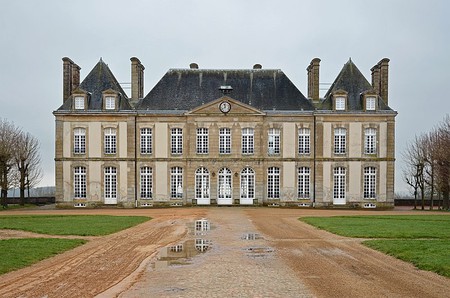 The main building of the Haras du Pin | © Selbymay / WikiCommons

In 1789, the French Revolution swept across the nation, commanding change and upheaving royal roots. At the time of the Revolution, the Haras du Pin was home to 196 stallions. A year later in 1790, the new government voted to destroy the equestrian palace and sell off the horses. Fearful of losing a source of employment, the Orne region fiercely refuted and managed to keep the farm running. Only 40 horses remained until 1793 when all of them were finally sold off.

During the First Empire, France found itself at war and, once again, the dire need for horses remained a point of contention. On 4 July 1806, Napoleon I reinstated the stud as a farm to house the best stallions in France. He gave it the name Haras du Pin and it would become a state-run institution.

Horse breeding was transferred to the private sector in France in 2013, but still takes place at the Haras du Pin today thanks to a community of independent breeders. Now, the stud’s primary role is tourism and hosting sporting events, such as when it hosted the World Equestrian Games in 2014. 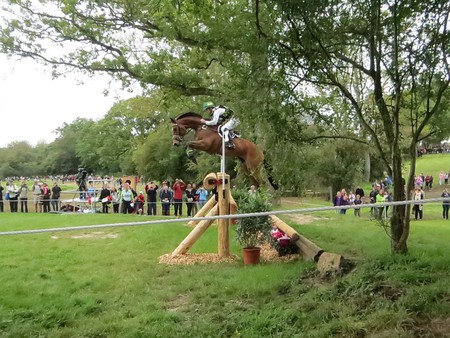 How to prepare for your visit to the Haras du Pin

Since the Haras du Pin is located in a remote corner of southern Normandy, the best – and easiest – way to access the site is by car. It is approximately 180 kilometres west of central Paris; however, if you want to avoid driving in the city, you can take a direct train from Paris to the closest town, Argentan, and rent a car or take a taxi from there. It is about a 20-minute drive, depending on traffic. 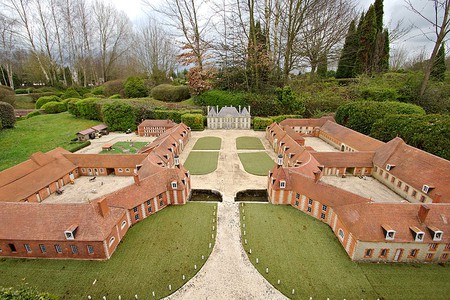 Aim to plan your visit for a Thursday when the day is capped off with a horse show beginning at 3pm. The equestrian riders of the Haras du Pin present their horses to spectators in the outdoor arena through showjumping and western riding. Mondays are also a special event where craftsmen can be seen at work creating saddles and harnesses as well as sharing the skills of their trades with visitors. There’s also a riding school, guided visits to the castle and other monthly events.

For horse shows and events, riding lessons, a museum and a lesson in French history, be sure to visit the Haras du Pin in Normandy, France. There is no shortage of other things to see and do nearby the stud as well, including visits to centuries-old castles, stunning walking trails and cider tastings.