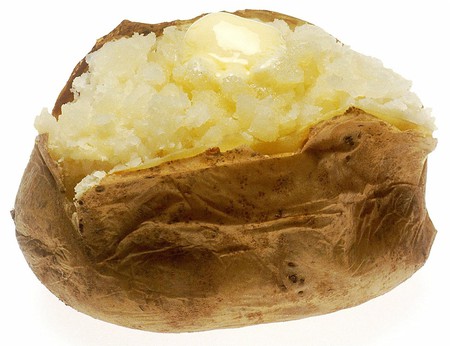 English food has a bad reputation in France and the French love to tease the English about it. When it comes to English food habits, there is quite a bit of confusion about the combination of foods that are eaten together in England and when, rather than about the actual food itself.

Eggs in the morning

Of course the French eat eggs and much in the same way as the English (where would French cuisine be without its omelete?). 1960s French bar culture involved eating hard boiled eggs at the bar while out drinking, but the idea of eating them in the morning seems incredibly strange to many French. The French are not big on the idea of breakfast at all, when usually sweet pastries, jam (on bread or toast), or sweet biscuits are eaten. Even in large cities, it can be incredibly difficult to find cooked eggs on breakfast menus. 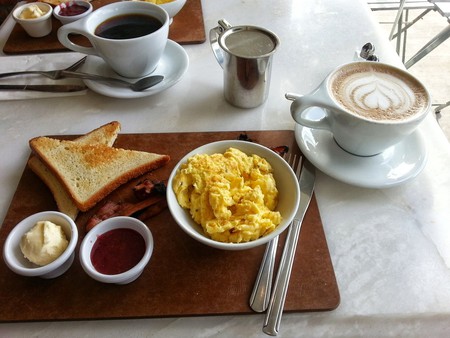 This is a confusing one to the French because the English meaning of puddings is so diverse. For instance, most of the time English people can replace the word dessert with pudding (“Would you like a pudding?”), although it depends on where you come from in the country. Then you have actual puddings, which are a subcategory of dessert. Puddings are sponge-based delights that are steamed in a cloth instead of baked, like sticky toffee pudding, spotted dick and, of course, Christmas pudding. Then the French might ask about pudding you eat at breakfast, which is made of blood and never sweet (think black or blood pudding or even the Irish white pudding). And then to confuse everyone, there’s the much-loved Yorkshire pudding, which isn’t sweet and is never made from blood. It’s savory and always goes with a roast dinner.

Gravy as an accompaniment

The French use a lot of gravies in their dishes but generally, these tend to come as part of the meal and are cooked together, like coq au vin or boeuf bourguignon. It can come of something of a surprise to the French to add gravy to meat after it’s been cooked, much in the same way as you might add ketchup or mustard. 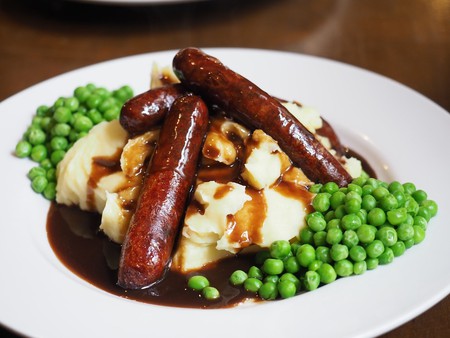 This is an obvious one, because very few French people adore baked beans and find the whole thing a little upsetting. The fact that the English can eat them as part of a fried breakfast is strange (many French do actually think that the English eat fry-ups every morning). Eating them as a light snack on their own with toast is even more strange of an idea. 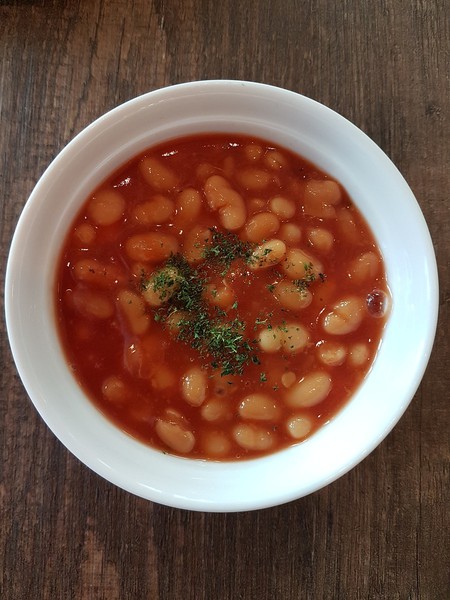 Sausages with other things

The French pride themselves on their delicious sausages. Even when they discover that the British do also pride themselves on their sausages, the French wouldn’t normally turn them into hot dogs by putting them in a bun or by adding them to baked beans. The French sometimes eat hot dogs (normally the kids), but always in sweet rolls that taste like brioche. They wouldn’t put sausages with potatoes and gravy to make bangers and mash. 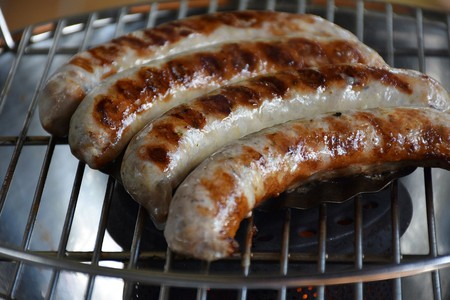 Sausages are not eaten at breakfast | © RitaE / Pixabay

Jacket potatoes as a main meal

The English love of a jacket potato (a baked potato) is something of a huge joke for the French. You’ll find them in restaurants with steaks but very few French people would think of cooking them, and never as a complete meal in the same way as the English might.

A diet that veers away from Mediterranean

In the south of France, most families eat meals that are based on the Mediterranean diet: local dishes, cheeses, produce, and seasonal fruits. The English are more used to eating meals from other cuisines like curries and Asian stir-fries. The French do eat Asian food and they love Italian (who doesn’t?) but there is less variation in home cooking, where the French normally eat French cuisine. 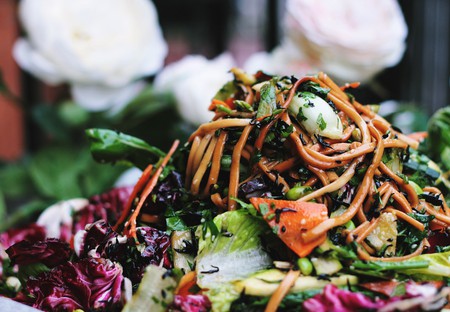 The French eat a lot of cold custard in things like flan and raspberry tarts. They hardly ever eat it hot and think it very strange to do so (even more so with puddings). Jelly, however, is a whole other thing, which more often than not, the French won’t eat at all.