Discover the French City of Montpellier by Bike 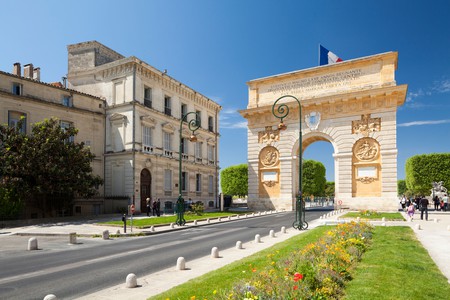 With an extensive network of cycling paths and a convenient bike-share service, Montpellier is an ideal destination for exploring on two wheels. This cycling itinerary will help you explore one of the city’s most beautiful bike routes.

Montpellier’s inclusion in the Tour de France has made the city a prime destination for cycling enthusiasts. Experiencing the city by bike as a visitor is both practical and enjoyable, thanks to the city’s 158 kilometres (98 miles) of bike paths (with an additional 100km, or 62 miles, on the way) and comprehensive bike-sharing service.

These ‘smart bikes’ operate on a self-service system, where you use your bank card and mobile phone to acquire an access code, which is valid for seven days. Prices start from €0.50 (£0.44) per hour from the first hour of use and a deposit of €150 (£132) per bike.

Alternatively, hire a Dutch “grandma bike” (omafiets) from VV Ville & Vélo on Boulevard de Strasbourg, opened by Erwin Warmedam in 2015. Finding your bike here comes with the bonus of some insider tips. “I’ve been living in Montpellier for almost six years now (27 years in France). The cycle path from Montpellier to the beach of Palavas and even to the cathedral of Villeneuve-lès-Maguelone is superb. The bike lane has no cars or buses next to it and is entirely flat,” he says.

For a more relaxing experience, dozens of bike shops rent out electric bikes, including EbikePremium and UNI Re-Cycle. 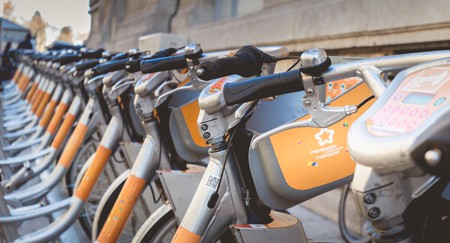 During the summer months, it’s advisable to take a hat, suntan lotion and water as the ride will likely take around two hours (return), with the round-trip covering a distance of 26km (16mi).

If you want to avoid the more touristy hangouts on Montpellier’s main square, start the day at secret hideaway Coldrip Food & Coffee. Husband and wife Samuel Philip and Kayleigh Barnes opened the café in 2016; they wanted to emulate the cold-drip coffee movement and creativity of Melbourne’s food scene. Try the eggs benedict on smashed avocado toast, paired with a flat white. Coldrip Food & Coffee is open Thursday to Monday, from 9am to 4pm.

Head to Place de la Comédie (the main square) to rent a bike at the Vélomagg station in front of the Montpellier Tourist Office (or bring your electric bike to this starting point). Cycle eastwards through the Antigone neighbourhood – famed for its Neoclassical architecture – to the cycle path that runs along the River Lez (Rives du Lez) southwards through Port Marianne and Port Ariane in Lattes (also known as Little Venice), towards Palavas-les-Flots and Palavas Beach. 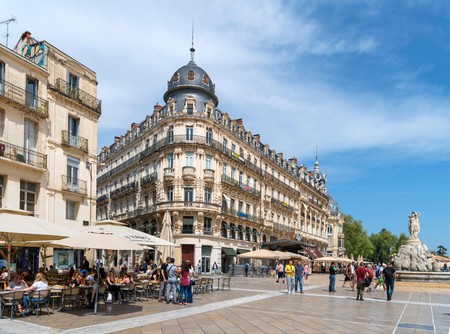 Begin your biking adventure at the Place de la Comédie, which is surrounded by cafés and restaurants | © Ian Dagnall / Alamy Stock Photo

Stop for lunch at Marché du Lez, an open-air community space with food trucks, a brocante (flea market), shops and restaurants. The highlight is the Halles du Lez, a food hall featuring meats, seafood, a bakery, organic fruit and vegetables, tapas, a champagne bar and cocktails. For a more high-class dining experience, go to Terminal #1 gourmet bistro next door, owned by twin brothers Laurent and Jacques Pourcel; in 1998, aged 33, they were the youngest chefs in France at the time to own a three-Michelin-star restaurant (the now-closed Le Jardin des Sens).

Continue towards Lattes. If you’re cycling on a Sunday, make a note that during the summer, there is a farmer’s market from 8am to 1pm on the Place Jacques d’Aragon, with producers from the region selling home-made honey, olives, fresh fruit and vegetables.

As you cycle onwards from Lattes, look for some of the region’s most spectacular displays of nature. The area around the cycling path is home to more than 250 species of birds and numerous riding stables, along with pink flamingoes on the lagoon, before reaching the open sea. 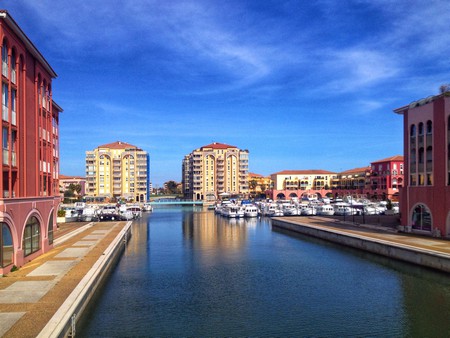 Due to its waterways, Port Ariane in Lattes is often referred to as ‘Little Venice’ | © digitalman / Stockimo / Alamy Stock Photo

Take a detour to the Maison de la Nature (House of Nature), a nature reserve surrounding the Étang du Méjean (the pond of Méjean) lagoon. Here, you can stop for a picnic or enjoy the extensive trails.

If you’re interested in horse riding during your trip to Montpellier, consider combining this with your cycling excursion. Stables dotted along the bike path include École D’Equitation Saint-Pierre, Haras de Tournefort and Les Écuries des Salins – call to book a riding lesson.

Once you arrive into Palavas, head to the takeaway ice-cream stand at Glacier Catalan, and marvel at the Transcanal – one of the shortest cable-car rides in the world at just 83m (272ft) long. Tucked away in the sidestreets under the shadow of Le Phare (lighthouse) is Au Poisson Bleu, a three-in-one restaurant, fishmonger and snack bar where you can try oysters, moules (mussels) and the local dish, tielle sétoise – a spicy octopus pie that originated in Sète (30km, or 19mi, from Montpellier). Alternatively, sample moules-frites at Au 10 Place du Marché next door. 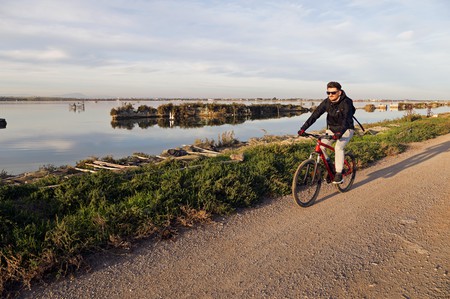 After dinner, head along the beach to La Plage des Lézards to enjoy cocktails with views of the sunset. Check out the bar’s Facebook page for a list of upcoming events, including live music and DJ sets.

Add an extra hour to your adventure if you want to head southwest of Palavas to visit the Cathédrale de Maguelone, which dates back to the 11th century and is surrounded by vineyards and marshlands. Every year in June, the cathedral hosts Le Festival de Musique Ancienne de Maguelone, featuring Medieval, Baroque and Renaissance music.

Insider tip: If a two-hour round-trip cycle ride is too much, take your bike on tramline #3 to Pérols. From here, cycle along the bike path to the port of Carnon, where you can visit the port and enjoy dinner at one of two popular restaurants on the beach: Le J or Restaurant Anisette et Brochettes.