Culture Trip's Guide to a Glamorous Spring in Cannes 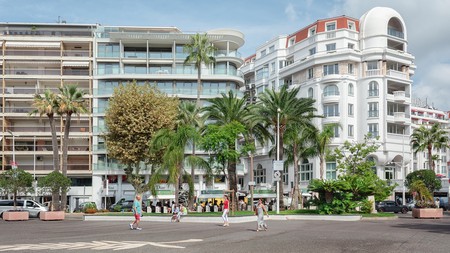 The iconic Boulevard de la Croisette might be a little more relaxed this spring, now that the celebs won't be in town until summer | © Yuliya Mykolaïvna Heikens / Alamy Stock Photo

There’s an annual focus on the small city of Cannes, on the French Riviera, during springtime. International film stars, critics, and producers descend en masse for the best-known film festival in the world, but this year the event has been shifted to the summer, although even that looks prematurely optimistic at this stage. As a result of this enforced change, locals will be able to enjoy the lesser-known joys of the city all to themselves. Here’s a look at why Cannes is worth visiting even when George Clooney and his mates aren’t around.

Cannes is synonymous with glitz and glamour. It’s a reputation that predates the arrival of the movie industry. As far back as the Victorian period, affluent tourists from other parts of the country would head to Cannes’ coast to soak up the sun during the winter months.

The seaside resort is part of the spectacular Côte d’Azur, a stretch of the picturesque coastline that runs from St Tropez to the Italian border. The balmy Mediterranean climate here makes spring the perfect time to explore the historic city and surrounding areas. Cannes is also host to a great collection of both grand hotels and more affordable places to stay, perfect for any trip to the Riviera. 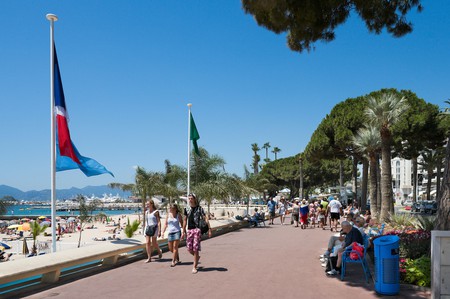 The centre of most activity in Cannes is the opulent Boulevard de la Croisette, more often shortened to La Croisette. The palm-lined thoroughfare is usually buzzing with crowds during the film festival fortnight and is equally busy in summer, but at other times you can take a leisurely walk on the hallowed pavement. There are excellent views of the sea, great spots to grab a bite, and plenty of opportunities for sunbathing. You can reach the Old Port area from here if you’re keen on spotting some luxury yachts; these tend to be here all the time, only superseded in extravagance when the celebrities sail into town. 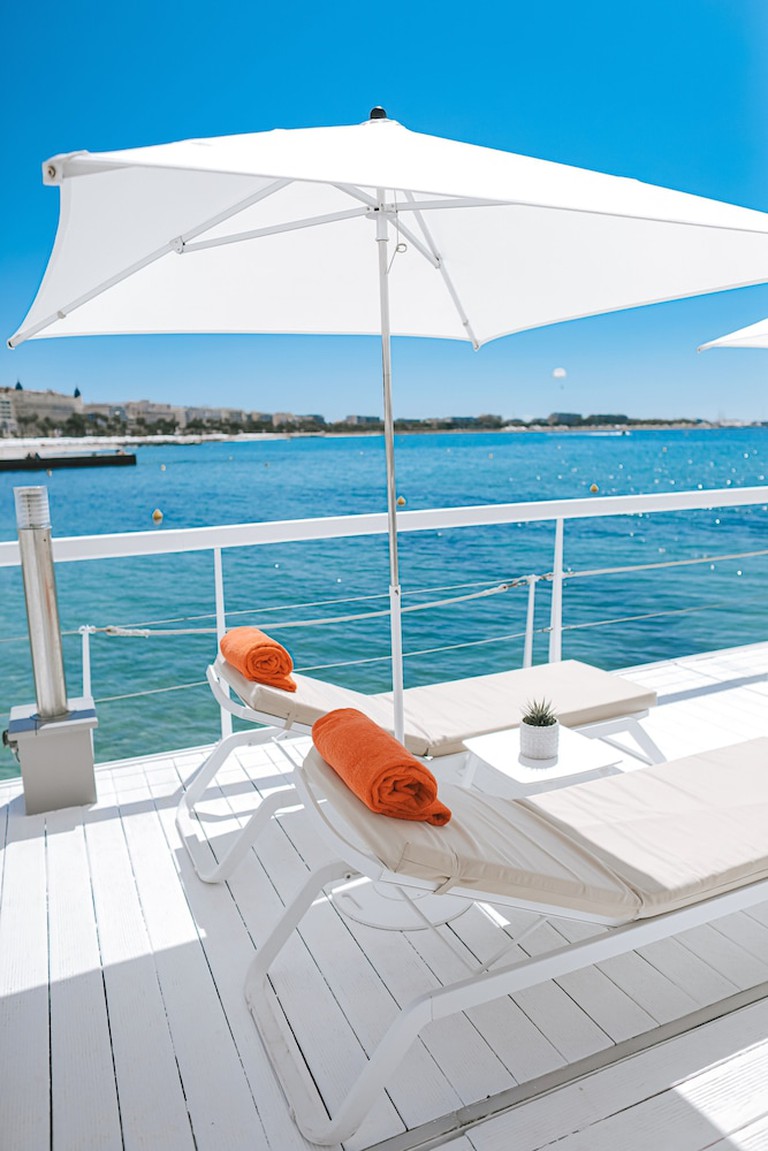 The Barrière Le Majestic is one of Cannes’ most renowned places to stay. It is conveniently situated on La Croisette and has 349 rooms. This hotel is an institution, where people come to play the casino and sunbathe on the stunning private beach with style and panache – this is no cheesy resort hotel. It stages lots of great events and has several restaurants, including the new BFire, and bars – including one by the pool. 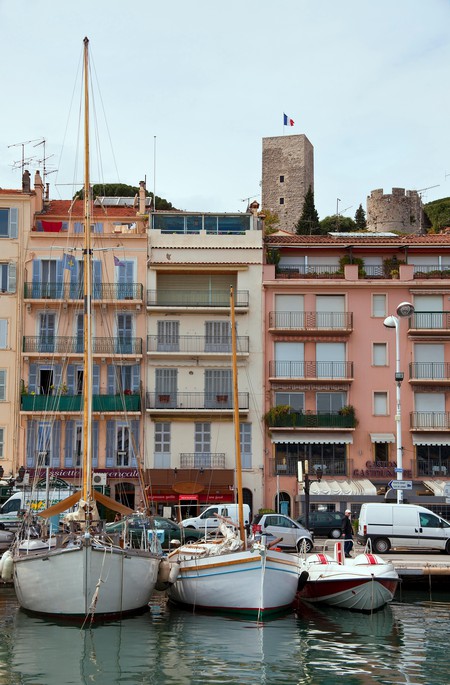 Most visitors to Cannes are surprised to find the delightfully quaint village of Le Suquet just a short walk from the biggest film auditoriums in the city. The elevated district offers great views of the city and nearby islands while maintaining several original features from its heyday as a fishing port. Eglise du Suquet and the 11th-century Tour du Mont Chevalier watchtower, which both dominate the skyline, have a colourful history to discover. Along the narrow streets, you can find excellent restaurants offering fresh seafood and other local culinary delights. This is a side of Cannes that often gets overlooked in favour of the beaches and fancy hotels you see on screen and in guidebooks, but it’s one of Culture Trip’s favourite reasons to visit the city. 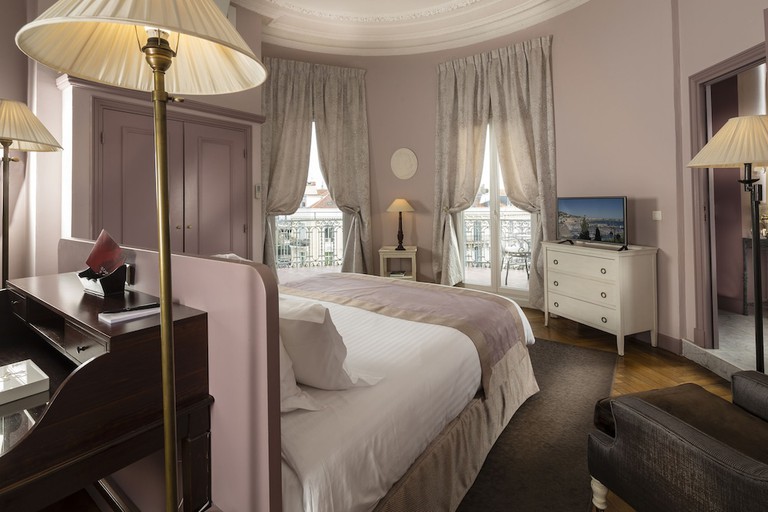 Courtesy of Hotel Le Cavendish / Expedia
View Rooms
The Hotel Le Cavendish oozes old-school sophisticated glamour. It’s set back from the main hustle of the town in a grand Napoleonic building. This location is ideal if you want to take a short cut to the Old Town without running into anyone else along the seafront. The breakfasts are a firm favourite, the staircase is lit up with candles at dusk to add a romantic note, and the rooms are decorated in style – some with terraces. Expect a welcome drink and a smile on arrival.
More info

Lounge on the beaches 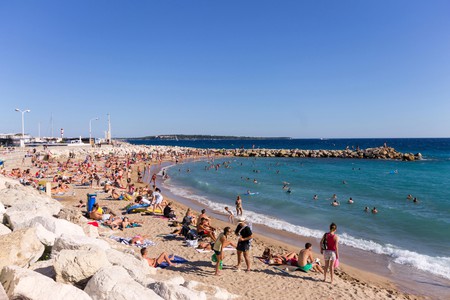 OK, there’s no point pretending that the beaches don’t exist. There is a great mix of public spaces and exclusive resorts to explore in Cannes, the latter usually associated with one of the grand hotels on the opposite side of La Croisette. Plage Macé and Plage Zamenhof are two of the best open to everyone and sit close to private beaches that don’t seem all that different. If you want somewhere a little quieter, try Plage de la Bocca, which has great views and excellent amenities for a full day on the sand. 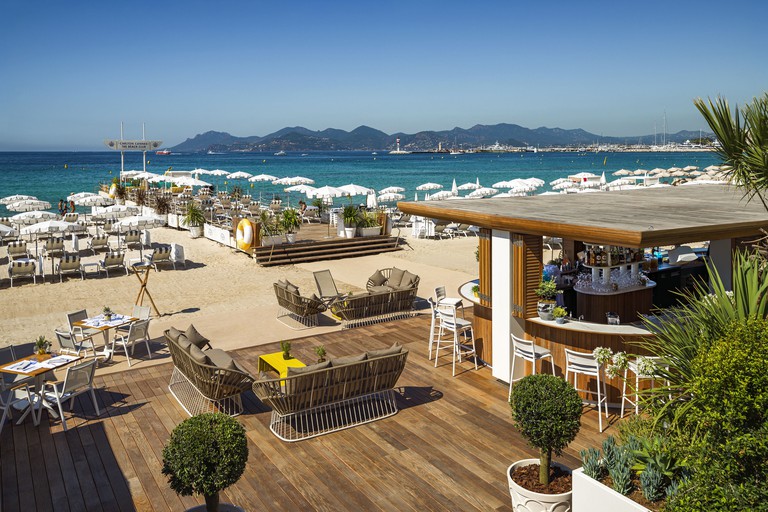 Courtesy of Intercontinental Carlton Hotel / Expedia
View Rooms
No list of places to stay in Cannes would be complete without this undeniable classic. The InterContinental Carlton Hotel has been a firm favourite with luxury travellers since it opened in the early 20th century. People come back year after year, and the hotel never bats an eyelid over demands that might seem over the top – Faye Dunaway reportedly bathed in goat’s milk when she stayed. There is the private beach made famous by Alfred Hitchcock in his 1955 movie To Catch A Thief, and Elton John filmed a music video in the lobby. This is a historic hotel, which has over 300 rooms but still provides that individual touch to every single guest.
More info 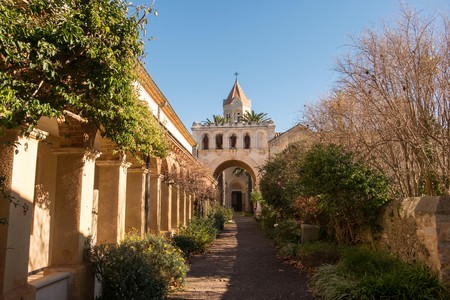 Fortified monastery of Abbey Lerins on the Ile Saint-Honorat in the Bay of Cannes, France | © Michael Honegger / Alamy Stock Photo

A 15-minute ferry ride away from the mainland, the Lérins Islands are a tranquil day trip that will complete any visit to Cannes. There are two uninhabited islands that don’t have much in the way of attractions, but Sainte-Marguerite and Sainte-Honorat are certainly worth a visit. One of the best-known historical legends originated on Sainte-Marguerite, where it is believed a prisoner known only as The Man in the Iron Mask was held. Debate rages to this day as to the true identity of the individual and whether he even existed at all, but there’s an unmistakable aura still present in the walls of Fort Royal.

Over on the other large island, Sainte-Honorat, you find the famous Cistercian monks still living in the ancient monastery. You can’t visit their residence, but you can see the church and even purchase some of the Lérins wine that the monks make on the island. 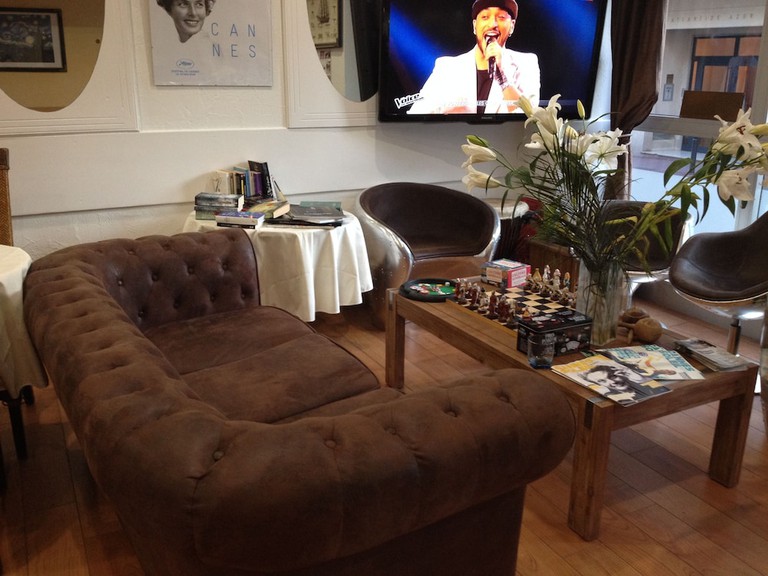 Owner David Guilhaud’s warming Mediterranean palette of ochre and burnt umber creates a welcoming and cheery atmosphere at Boutique Hôtel Couleurs du Sud. This warm environment is similar to what you can find on the Lérin Islands and is complemented here, with kooky paintings to enhance the arts and crafts aesthetic. Make the most of the offbeat abode’s central location, and expect all the usual suspects on the amenities list.

Soak up the street art 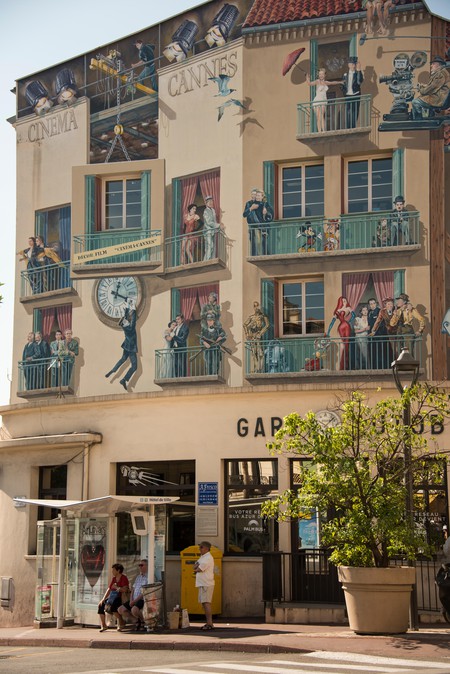 You can never really escape the allure of the movies when in Cannes. There are cinemas and other institutions associated with the festival, but more exciting is the excellent selection of street art dedicated to silver-screen icons from the past. You can find these paintings and statues dotted around the city, and our advice is to set aside a morning to take a walking tour at your own pace. You can find maps of the street art locations pretty much everywhere in Cannes, and they’re also available online. 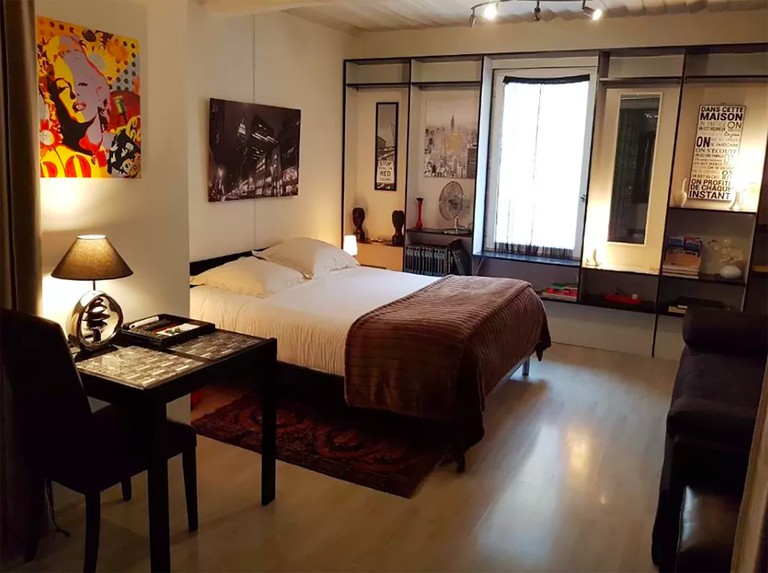 Expect all the usual amenities at Notre Dame, a fuss-free and affordable apartment in the Californie Pézou district of Cannes. The apartment’s spacious living area and a full set of cooking equipment make for homely evenings, before hitting the bars along the fabled La Croisette, a few minutes from your door. The hosts are quick to reel off the attractions worth your time so, if you find yourself spoiled for choice, make the most of their expertise.