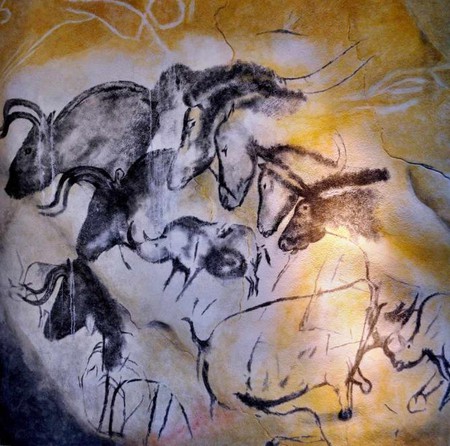 On 18 December, 1994, three cave explorers, Jean-Marie Chauvet, Eliette Brunel, and Christian Hillaire, chanced upon the discovery of the century, a cave containing what is now known as the world’s greatest and oldest prehistoric art, dating back an average of 30,000 to 32,000 years. The Chauvet-Pont-d’Arc Cave, taking its name from the team’s lead explorer, has been the subject of immense study ever since.

Situated in the mountainous Ardèche region in southern France, the cave is home to over 1,000 Stone Age cave paintings of mammoths, bears, lions, rhinos, bison, and other species of mammals that are now extinct, drawn and painted in charcoal and red ochre, spread out across six cave chambers. Therein also lies a phenomenal panel of charcoal-sketched lions and animal bones believed to belong to cave bears that hibernated in the cave during Ice Age winters. These bears could have been trapped in the cave after a rockslide, which blocked the entrance, over 20,000 years ago. From then, this exceptional display of prehistoric art remained unseen, untouched, and undiscovered, until 1994.

Drawing of a rhinoceros | © Inocybe/WikiCommons

What has astounded scientists are the age of the paintings in Chauvet-Pont-d’Arc Cave, being almost twice as old as those in the Lascaux Cave that date back 17,000 years, and the mastery of techniques not seen before in prehistoric cave art. Artists of the Stone Age made use of recesses in the cave’s limestone walls to give their drawn beasts a unique three-dimensional quality and an added sense of movement. In addition, beasts like lions, mammoths, and bears are dangerous animals that would have proven challenging to observe. Capturing the precision of their movements at that time was a greatly impressive feat. French archaeologist Jean Clottes has contributed much to the study of the site and has also suggested that the Chauvet Cave was used for spiritual and ritualistic practices and held great religious significance, as mentioned in Smithsonian Magazine, though this view has been met with some criticism. 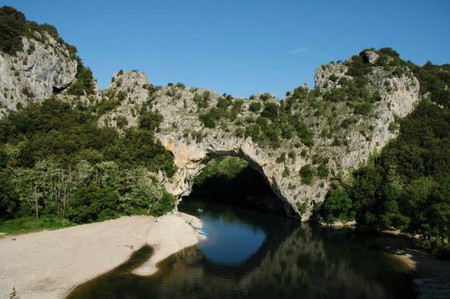 Due to the fear of damaging the great works in the Chauvet Cave, the French Ministry of Culture has banned all public access, with permission granted only to scientists and researchers. Only 280 people, including scientists, conservators, and specialists were allowed to enter the cave for research or conservation purposes in 2014. This cautiousness stems from the artistic and historical tragedy that resulted in the severe damage and decay to the art of the Lascaux Cave in southwest France. The vast number of visitors that entered Lascaux disturbed the fragile atmospheric equilibrium in the cave, introducing highly increased levels of carbon dioxide and humidity, encouraging the growth of bacteria and algae on the cave walls that ended up covering some of the precious paintings. To prevent a repetition of this devastation, French authorities embarked on a grand project to create a replica of the Chauvet Cave a few miles away from the original. This installation would allow this amazing discovery to be shared with the world, and at the same time, the priceless cave paintings that miraculously survived thousands of years undiscovered could be kept in pristine condition.

The replicated cave, named Caverne du Pont-d’Arc and costing €55 million, involved the use of the latest technology to recreate the Chauvet Cave down to its most minute detail. Over 500 experts worked on developing the simulated cave, using techniques to mimic the atmospheric pressure and even the smell in the original cave through laser scanning, 3D mapping, geometric scales, and full size artistic reproductions of the cave paintings, making the replica as close to the original as possible. The entire Chauvet Cave was mapped with 3D technology, animal bones were counted, pigments used in the paintings were documented, and specialists even determined the types of tools used by the artists.

Replica of lions painted in the Chauvet Cave | © Eigenes Werk/WikiCommons

The cavern is a condensed version of the original, but that does not make it any less outstanding. Upon entering, visitors are greeted by immediate anticipation and mystery, aided by the rock walls and earthen floors, stalactites, animal bones, bear scratch marks, and the recreated temperature and humidity conditions. Silence and the acoustics are brilliantly reproduced as well, leaving little room for doubt of its authenticity. 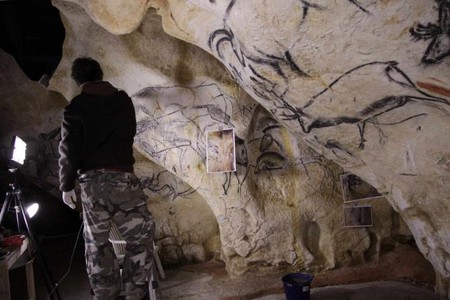 Chauvet-Pont-d’Arc was officially granted Word Heritage status by UNESCO, the United Nation’s cultural organization, in 2014 and is protected as a historic monument at the highest national level. As the original cave will never be open to the public, the replica Caverne du Pont-d’Arc provides a model for the conservation of such decorated caves, and serves to prolong the lifespan of prehistoric art while minimally invasive research is carried out. Anyone can take a room-by-room virtual tour of the original cave online.

In all, Caverne du Pont-d’Arc has definitely lived up to its hype, providing an eye-opening experience into a different time and leaving room for boundless imagination about what happened in such caves during the Stone Age. ‘This is a scientific and cultural site with touristic potential,’ says Sébastien Mathon, a scientist on the project team of Pont-d’Arc, in The Guardian, ‘This is a place to give a sense of the origin of us all.’ 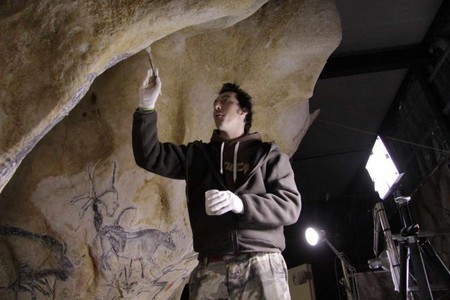