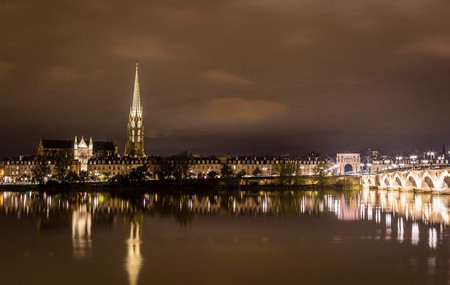 The beauty of Bordeaux is that it’s like visiting many different cities all at once. Walk around and you’ll be dazzled by the city’s diversity and plethora of hidden gems. While Bordeaux has a lot to offer, we’ve selected five of the trendiest neighborhoods worth visiting.

Les Chartrons is without a doubt the most sought-after area for newcomers arriving in Bordeaux. Very close to the city center, between the Bassins à Flot and the Quinconces, Les Chartrons could be described as the Soho of Bordeaux. It is highly appreciated for its village vibe while still being minutes away from the most vibrant part of town. The neighborhood formerly known for its wineries, social housing and gambling activities is now busy with wine bars and restaurants, numerous cultural centers, and the Jardin Public (public garden) just a short stroll away. 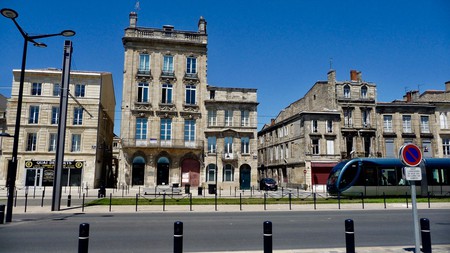 For a long time, Saint Michel—also known as Saint Mich—was unpopular among people living in the more privileged area of the city, who considered this neighborhood “unsafe.” However, its ideal location, right between the Saint Jean train station and the Place des Quinconces, has in recent years transformed it into a popular neighborhood. One of the most notable changes occurred with the renovation of the Marché des Capucins, which is one of Saint Michel’s emblems along with the Basilique Saint-Michel. Walk around the food market, now a trendy hang-out spot populated by cafés and hipsters. With the newly LGV high-speed train line connecting Bordeaux and Paris in a little over two hours, many argue that Saint Michel will soon become the new Chartrons.

For many considered to be “the future of Bordeaux,” the Bassins à Flot is a neighborhood alongside the Garonne River and crossed by the Chaban Delmas bridge, an architectural masterpiece and a new symbol of modern Bordeaux. It is also known for its Base sous-marine (submarine base), which was built by the German army during World War II and which has had different functions over the years. Today, its concrete structure is used as an underground cultural space that hosts exhibitions, concerts, and theater and dance performances. Les Vivres de l’Art is also an atypical venue you should visit. If you love wine, you absolutely must go to La Cité du Vin, the world’s largest wine museum, where you can buy high-quality wine, attend cultural events and conferences about wine, or sign up for a tour to learn more about Bordeaux’s vineyard history. 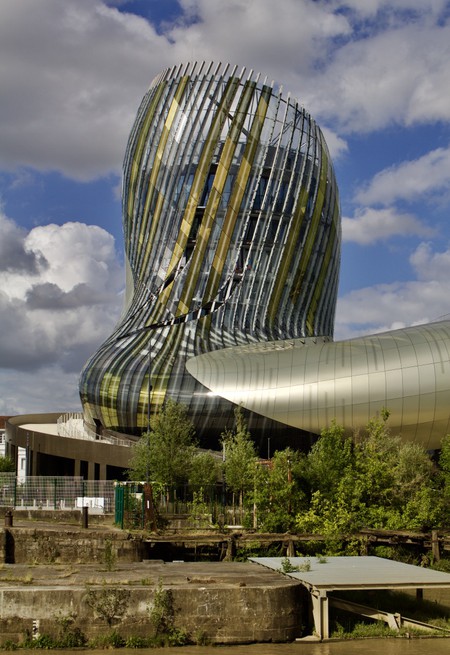 By far the most luxurious area in Bordeaux, you’ll surely want to wander this dreamy neighborhood. Start with the Cours de l’Intendance, a small version of the Champs Elysées, with prestigious boutiques such as Louis Vuitton, BCBG Max Azria, Baccarat and many more. Unlike the famous Parisian alley, the Cours de l’Intendance never gets too crowded and you’ll enjoy window shopping. Be sure to make a stop at Le Pressoir d’Argent, Gordon Ramsay’s restaurant, or have your afternoon tea near Le Grand Théâtre at Le Quatrième Mur, French chef Philippe Etchebest’s brasserie on the beautiful Place de la Comédie. A few steps away lies the Allées de Tourny, which hosts the highly praised Les Epicuriales – a food festival organized each year by some of the best restaurants in town as a celebration of the first days of summer. Go a little further and you’ll end up in Place des Quinconces, one of the most visited attractions of the city, magnified by its outstanding Neoclassic Monument aux Girondins and its incredible fountain. 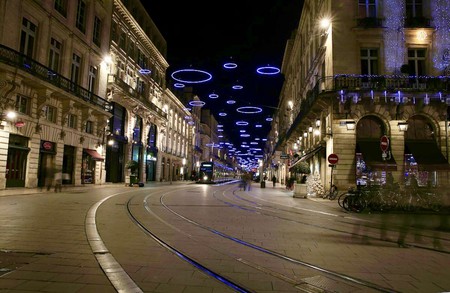 The historical part of Bordeaux, called Vieux Bordeaux, is an ensemble of neighborhoods representing the old city limits and is one of France’s most preserved sectors. The unbelievable diversity of the area will delight people with different interests. If you are passionate about history and architecture, you will be pleased to explore the old Eglise Saint-Pierre, the impressive Porte Cailhau, and the Musée des Douanes (customs museum) at Place de la Bourse. If you like to hang out in places full of character, you should absolutely head to Chateau Sainte Colombe Cotes de Castillon winery, and also the Fernand Lafargue square, where you will find numerous trendy boutiques but also cozy cafés, wine bars, and restaurants. 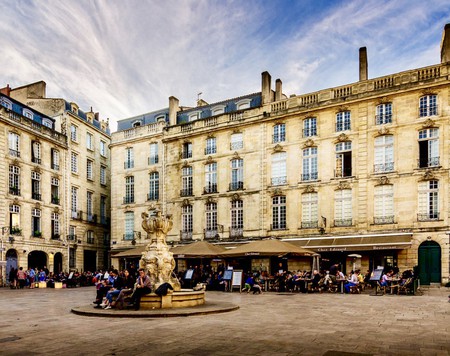 One of the first things you see when getting off the Stalingrad tramway stop is a giant blue lion, the symbol of this neighborhood. Located on the Rive Droite (right bank of the Garonne River), La Bastide was overlooked for a long time by locals and tourists. In recent years, however, the city has made efforts to rehabilitate some of its abandoned places, and initiated the construction of numerous modern buildings. It’s the perfect location for those who don’t want to live right in the city center but still want to be close to it, located just a ten-minute walk cross the Pont de Pierre. There are a couple spots that make this area quite special, such as the Darwin ecosystem that’s ideal for a quick coffee or brunch. If you love food and music, schedule an evening at Le Caillou du Jardin Botanique, where you’ll get to listen to talented artists while enjoying quality food in a relaxed environment. Also, take a moment to jog or walk in the Parc aux Angéliques and enjoy the breathtaking view over the Garonne River. 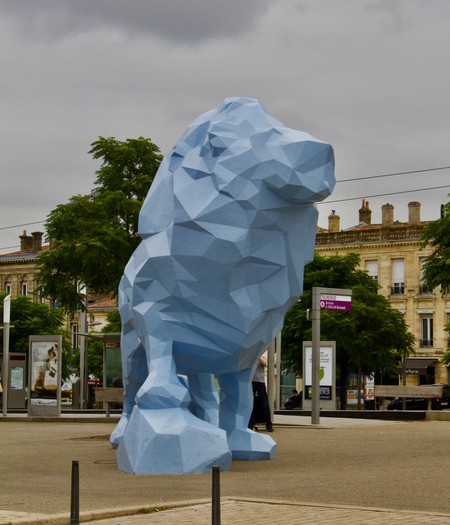