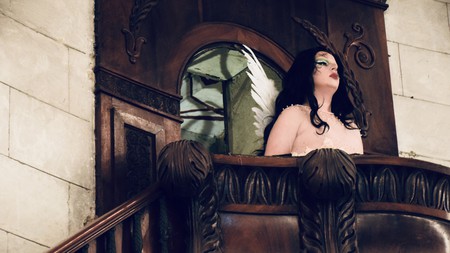 Renowned for its wine, Bordeaux is blessed with an array of hole-in-the-wall tasting rooms, wineries and cellars. But for anyone whose nights don’t end after a 9pm wine tasting, the city has a vibrant and affordable collection of late-night bars and clubs to discover.

Beyond the viticulture for which it is rightly famed, Bordeaux leads a double life as an up-and-coming nightlife hub, with diversity and flair that could rival Paris. To deliver a top-hits list of the city’s most colourful haunts, Culture Trip spoke with star of the local drag scene Lucy Laganzza, co-founder of Bordeaux’s “drag orphanage”.

Laganzza created Le Couvent in 2019 with 13 co-queens who were frustrated with the hyper-competition and limited resources of the Bordeaux drag scene, lacking mentors and finding it impossible to book paid shows. 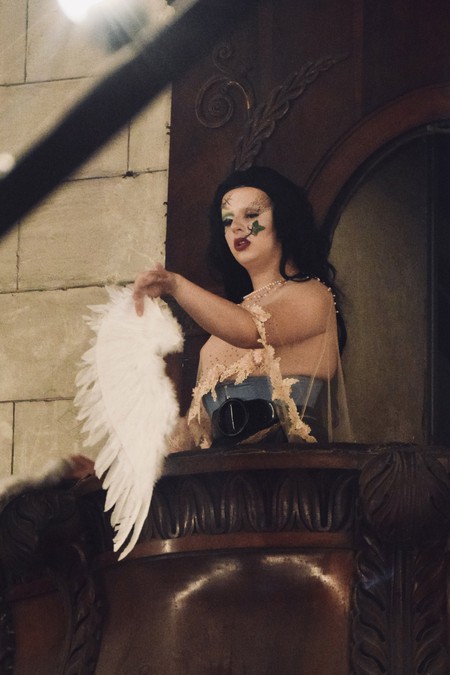 Today, “The Convent” claims 20 disciples who congregate each Sunday to mentor each other in the art of drag. Most importantly, Le Couvent offers young performers the financial and emotional support that Laganzza says is often missing from competitive drag circles. “We’re not a drag house, we’re not about performing,” Laganzza says. “We’re here to help the artist first and, if we can, give them gigs.”

Whether you’re looking for a drag show, a cheap night out, a queer-friendly bar or all of the above, Bordeaux has you covered.

When Laganzza describes Central do Brasil as “close to perfect”, she’s not far off the mark. Central do Brasil’s commitment to hosting drag artists (performances every other Wednesday) is a testament to its uniquely welcoming atmosphere. When the colourful cantina isn’t hosting drag shows, you’ll find the bohemian café packed with patrons bopping to funk bands. If the band of the night isn’t your style, escape onto the mural-plastered terrace and second-floor lounge for some quiet conversation. Drinks start at €5 (£4.35); Laganzza highly recommends the Brazilian sugarcane-based cocktail Caipirinha, a house speciality.

Though not a brick-and-mortar establishment, the Instagram account Drag Bordeaux is any drag lover’s best bet for scoring high-quality entertainment after dark. As the de facto promoter for eight Bordelaise drag houses, this page compiles upcoming show details into a one-stop shop for fans. Follow the handle @dragbordeaux to stay up to date on all impending festivities, which are hosted in an eclectic mix of bars. Laganzza recommends prioritising events organised by Cave à Kings, Bordeaux’s drag king house, which is known for fostering a harassment-free environment and going the extra mile to make their shows accessible to all.

Open In Google Maps
Bordeaux, Nouvelle-Aquitaine, 33000, France
Give us feedback 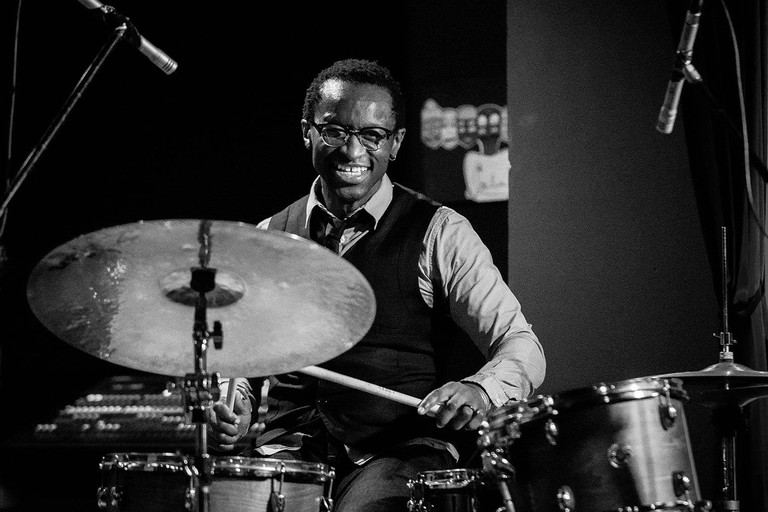 Start the night off with a magical Midnight in Paris vibe by attending a live concert at Thélonious Café Jazz Club, located in the northern Chartrons neighbourhood. Entry typically starts at €5 (£4.35) on show nights, but the price is right for the chance to indulge in anything from Creole beats to rhythm and blues to whatever experimental sounds emerging local talent has to offer. Keep the bar tab low by ordering a glass of wine for under €5 (£4.35) and a plate of tapas to share with friends.

Escape (or regress) to your adolescent soft-punk phase with a visit to Bad Mother Fucker Pub, so named for the wallet of the same moniker in the cult classic Pulp Fiction. This bar’s collection of pop-culture paraphernalia, and its leather-clad, tattooed clientele should make any recovering scene kid feel right at home. For queer travellers seeking community or simply a harassment-free evening, Laganzza suggests visiting on a drag night. “Usually, the most queer-friendly places are pubs. And any bar that organises drag shows is safe,” Laganzza observes. However, she does suggest visibly queer patrons visit the pub in a group – walking home in the Victoire neighbourhood after dark isn’t as safe as the pub itself.

For the hopeless romantics who travelled to France under the false pretence that the entire country paused in the 1920s, La Vie Moderne in Bordeaux’s Centre Ville is a dream come true. Bathed in eerie green and orange neon lights, saxophone-heavy jazz and flapper-inspired art, this time capsule is all but stuck in the amber of the roaring ’20s. Venture up the spiralling cast-iron staircase to the second-floor salon and you’ll swear F. Scott Fitzgerald or Josephine Baker should be sidling around the corner any minute, glass of absinthe in hand. The prices appear to have frozen in time, too, with blond pints priced at just €3 (£2.60).

Somewhat ironically, this Irish pub is a banter lover’s best bet to experience French bistro culture without breaking the bank. Though the interior of The Blarney Stone boasts a stereotypical wood-panelled, Guinness-crazed Irish flavour, the café terrace is an unmistakably French twist. No matter the temperature, the bar’s regulars crowd this patio to share cigarettes and lively conversation – join them to take part in the iconic drinking culture that almost earned Paris’ sidewalk bistros Unesco World Heritage status. Order a criminally cheap half bottle of wine for just €5 (£4.35), drape yourself over one of the terrace’s classic wicker chairs and enjoy this ideal people-watching perch on the corner of Bordeaux’s bustling Rue Sainte-Catherine. 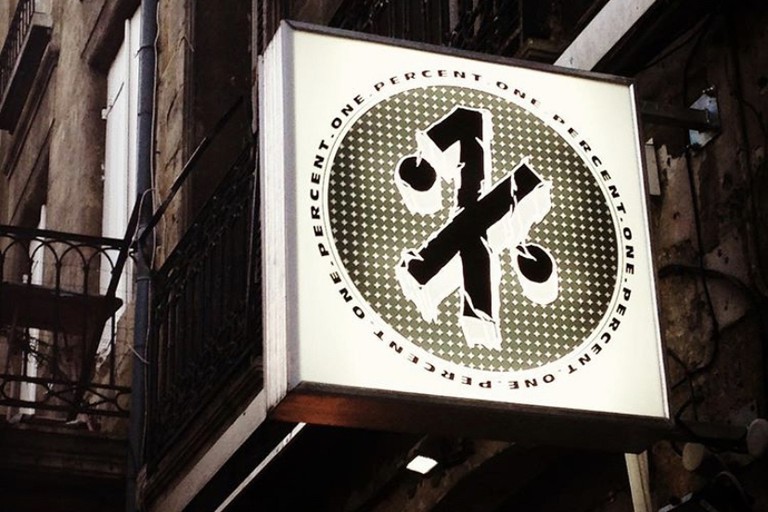 Courtesy of One Percent Bordeaux

As most of the pubs around the Université de Bordeaux campus are hitting last call, One Percent is just opening its doors. Stay at the bar for a well-priced beer or descend into the club’s stone cellar, which has been repurposed into a refreshingly aesthetically pleasing (and naturally air conditioned) dance floor. Although One Percent doesn’t advertise itself as queer, gay clubbers should feel right at home in this subterranean disco, notes Laganzza, who once danced the night away in peace while sporting full drag. And with no cover charge, One Percent meets another Laganzza criterion: “If you have to pay to get [into a club], it’s not queer,” she says, shrugging. “We have [financial] precarity because of our queerness.” 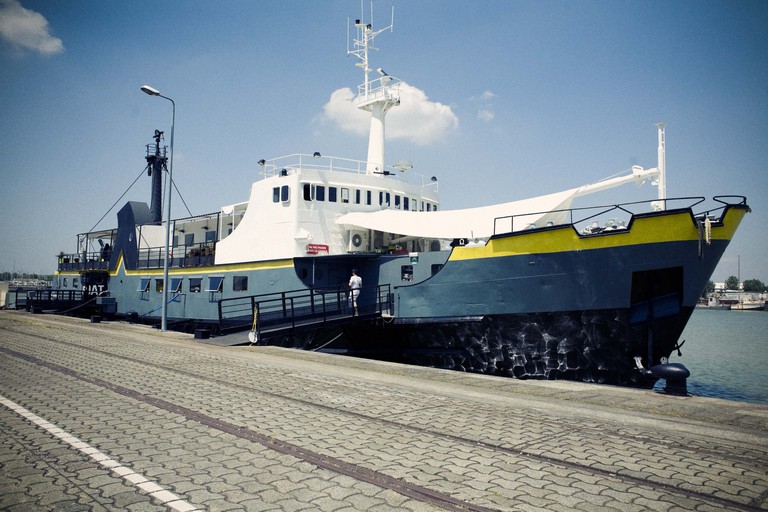 Though perhaps the priciest location on this list, with a €13 (£11.30) charge, IBOAT is a Bordeaux must-see. This seafaring nightclub is aptly named; club rats can break it down in the double-decker boat’s bow or catch a breath of fresh air on the second-floor, open-air patio. In case you need more reasons to boogie down on the high seas, the discotheque also regularly features a revolving door of delightful events, from roller disco dancing to flash tattoo nights to the occasional drag show. Landlubbers prone to seasickness need not worry either; the club won’t budge from its dock on the outskirts of the Chartrons neighbourhood, no matter how hard guests lobby the staff for a joyride.

Restaurant, French, $$$
Facebook
Email
Twitter
Pinterest
Copy link
Share
Map View
To access Bordeaux’s most renowned speakeasy, simply saunter to the back of Symbiose restaurant and disappear behind the establishment’s antique grandfather clock. Here, patrons can unwind long past the restaurant’s closing time in an intimate hipster nook styled after the Stone Age caves of Lascaux. Drink in the replica cave paintings adorning the walls while sipping one of Symbiose’s signature drinks, all of which are themed after the seven deadly sins. With cocktails priced at €12 (£10.45) a pop, this hidden gem is on the pricier side, but the artisanal atmosphere is certainly worth the splurge.
Open In Google Maps
4 Quai des Chartrons, Bordeaux, Nouvelle-Aquitaine, 33000, France
+33556236715
Visit Website
Visit Facebook page
Give us feedback

Treat yourself to a French interpretation of the American ’50s with a round of drinks at Ed Wood Café, located just outside Bordeaux proper. This polished retro diner is a far cry from the seedy dives it imitates, but for a dose of nostalgia à la Betty and Veronica, it’s just what the doctor ordered. The grub isn’t cheap, but the drinks make up for it – think €4 (£3.50) glasses of wine and €2 (£1.75) shots – making the joint a prime venue for pivoting from dinner to drinks. Although this souped-up eatery has yet to feature any drag artists in on its main stage, Ed Wood’s hot-pink booths and notably safe neighbourhood would certainly make this blast from the past a prime candidate for drag brunches, Laganzza jokes.