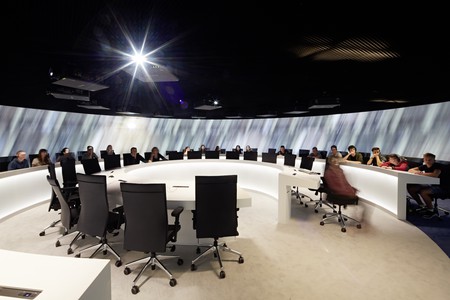 Strasbourg is one of the most cosmopolitan cities in France, partly because of its role as the capital of Europe and host to a number of international institutions, including the European Parliament. A tour of the European quarter is a must during a visit to Strasbourg, and now there’s a new attraction to add interest to this already fascinating destination: the parlamentarium. 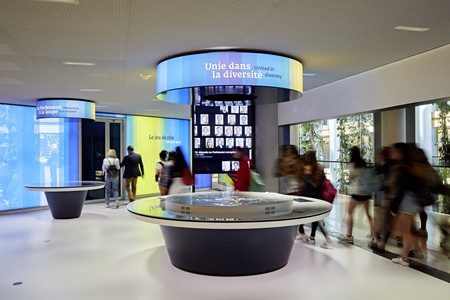 If you think politics is boring, prepare to be surprised. The parlamentarium invites you to feel the vibrant spirit of a common Europe. The complexities of the EU Parliament are not easy for a layperson to understand. Just think of the practicalities of researching, debating and deciding on laws that will affect the destinies of over half a billion people in 28 member states (or should we say 27?). It’s mind-boggling. Cutting the ribbon of the new venue, President Antonio Tajani said that the parlamentarium would help EU citizens find out more about European politics, institutions and programmes, thus making them more well-informed citizens who are able to make better choices. ‘Visitors will understand why Strasbourg had been chosen to be the democratic headquarter par excellence of the European Union,’ said Roland Ries, Mayor of Strasbourg, at the inauguration. ‘The situation that our city inherited by history is not replaceable. Honouring the symbol of the past is indispensable to draw a good perspective for the future.’ 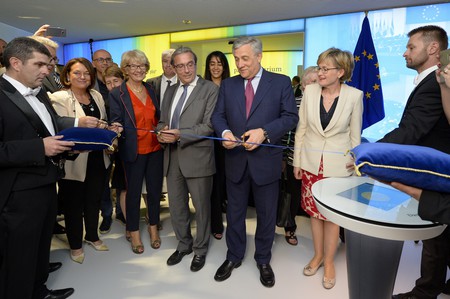 Antonio Tajani, President of the EU Parliament and Roland Ries, Mayor of Strasbourg, cutting the ribbon of the parlamentarium on July 3, 2017 | ©| European Union 2017 - Source : EP.

Then comes the 360° cinema, where you can take a seat right at the centre of the hemicycle, giving you a vivid virtual experience of what the legislation process is like. Make sure to allow two hours for this fascinating role-playing game. Up to 32 people can participate, stepping into the role of a member of the EU Parliament, joining together to form parties, obtaining information, debating issues and having to defend their decisions. Before you leave, you can have your picture taken at the official photo booth; you never know when you’ll need a headshot for your own election campaign. 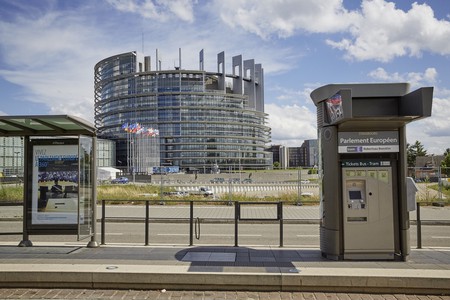 The parlamentarium Simone Veil – named after the late women’s rights champion and former President of the EU Parliament – is located in the heart of the European Parliament in Strasbourg, and is easily accessible by tram. The facilities were designed by Atelier Brückner, with Mediafarm collaborating on the role-play multimedia concept. The precursor of the parlamentarium in Brussels opened six years ago and has welcomed a whopping 1.7 million visitors to date, and a second one in Berlin was just as successful. The parlamentarium Simone Veil in Strasbourg welcomes you from Mondays to Saturdays, from 9 am to 6 pm. There’s more information on their website.