An Introduction to Dijon's Medieval Architecture in 10 Buildings 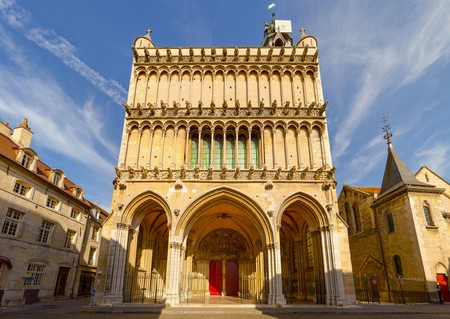 Medieval scholars all over the world make a pilgrimage to Dijon to study examples of its well-preserved architectural treasures. Half-timbered homes, shops and grand temples all tell the rich history of the seat of the mighty Dukes of Burgundy.

This is like no other Gothic building of its time. In the heart of present-day Dijon, within the confines of the medieval city walls, is this church. It was built in the 13th century and is home to two of the emblematic symbols of Dijon: the little owl carving on one of its angles, that has been seriously manhandled as it is said to bring good luck if you rub it with your left hand, and the bell ringing automatons at the top. The façade is decorated with dozens of grotesques, each one with its own personality. You’ll scratch your head at some of the choices of those early sculptors. 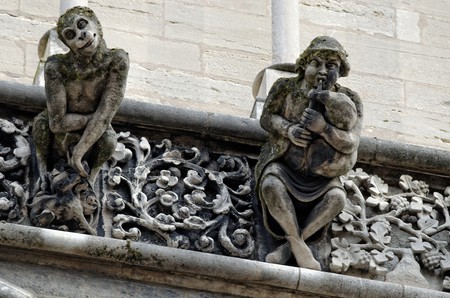 The House with Three Faces

Street frontage was at a premium in the Middle Ages, so a house with a big façade sent the message that the owner was very wealthy. The maison des trois visages gives the impression that it’s bigger because it is actually two half-timbered homes made to look like one with three gables. Did the owners do it on purpose to make themselves look important? 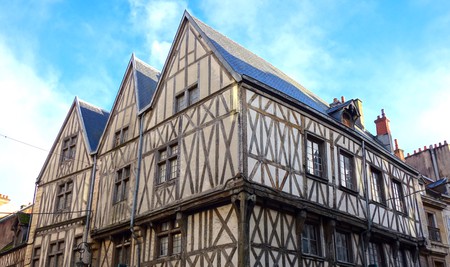 This mansion was built in the late 13th century and became the seat of the judicial tribunal during the Ancien Régime in 1739. If we can see it today in such spectacular condition, it is thanks to its top-to-bottom restoration in 1908 respecting the original to the letter. 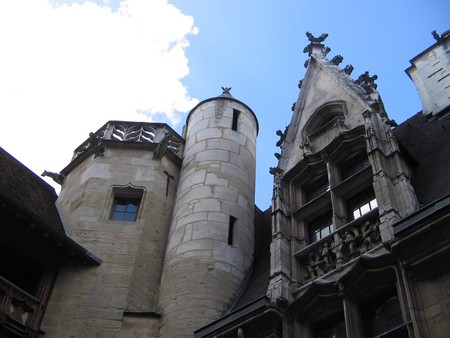 This is located in the Palais de Ducs — home to one of Dijon’s finest museums — that was once the headquarters of one of the most powerful courts in Europe. The tower is one of its oldest structures. As it used to be the residence of the duke, the rich symbols of Philip the Good are still visible in the ornate carvings in the spiral stairwell. The viewing terrace at the top offers a unique view of the town.

This visit is a must for forensic architecture buffs. The 13th-century Gothic abbey church has a crypt dating from the 10th century, and the subterranean remains of a three-storey rotunda built around the year 1000. Visitors are encouraged to be respectful and mindful that this is a Catholic place of worship and to this day, the Cathedral of the Diocese of Dijon. 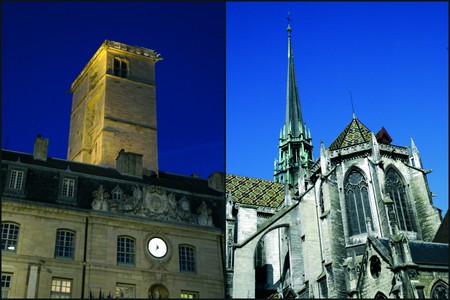 Also known as Maison Milsand, the Maison Maillard is an example of the evolution of the later architecture of the period. It was built in 1560 in the emerging style of the Renaissance, evident in the the turbocharged décor of the façade packed with diadems, crowned heads, fruits, flowers, and lion muzzles. 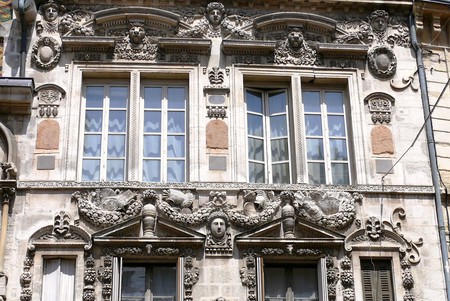 Here is a stunning example of the end of the Gothic period, built in 1490-1493 for the then mayor of Dijon and keeper of the accounts, Henri Chambellan. It features particularly fine carvings in the window and an emblematic wooden gallery.

Home today to one of the most popular fine-dining establishments in Dijon, the mansion built in the early 17th century for a wealthy copper merchant takes its name from the caryatids, the female figures carved on the supporting pillars. 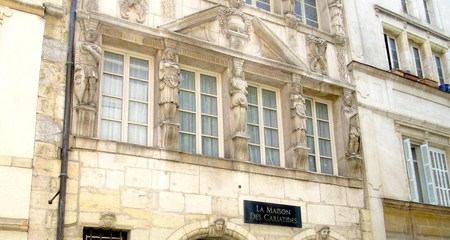 This spectacular mansion was built to reflect the wealth and influence of the people who lived there. Dijon parliamentarian Etienne Bouhier had a pivotal role in the development of the wines of Burgundy, now in the hands of ‘civilians’ as the church started to lose its stronghold. There is, of course, the pleasure of drinking a good wine, but it was particularly important at the time to give to your guests the impression of great power, and this building achieves the desired effect on those who enter. 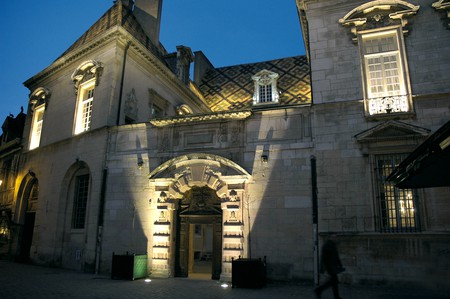 Built in 1483, this place has such a feeling of stepping back in time that it was used as a backdrop for the period film Cyrano (1990) starring Gérard Depardieu. The construction was commissioned by textile merchant Guillaume Millière and his wife, and has been exquisitely preserved, perhaps helped by being tucked in the narrow rue de la Chouette next to Notre Dame and the Hôtel de Vogüé. Some of the windows and brickwork, and of course, the modern conveniences, are later additions. Today it is the stunning setting of a lovely tea room and brasserie. 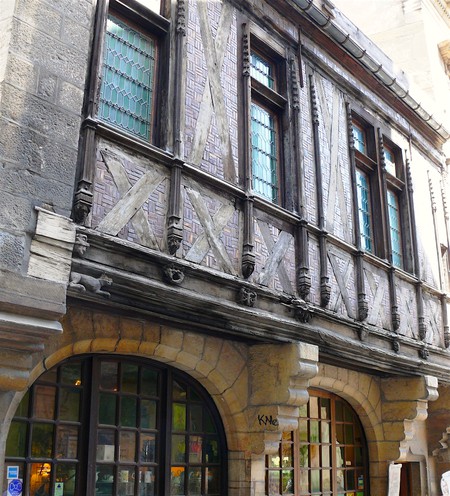 Maison Millière | ©Mossot/Wikicommons
Give us feedback