Amazing Day Trips to Take From Arcachon by Boat 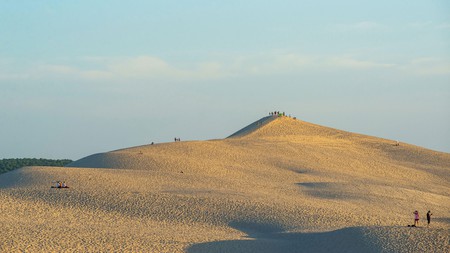 From fresh oysters to its never-ending coastline, Arcachon and its surrounding islands offer some incredible experiences to their visitors | © Anna Pozzi / Alamy

The charming seaside resort town of Arcachon is one of the main oyster producers in France – known for giant sand dunes, endless stretches of beach and some of the best waves for surfing in the country. The best way to see it? By boat, of course. The long stretches of isolated coastline mean access by any other means is difficult and good sailing conditions year-round makes this one of the safest places to visit. Here, we reveal the most amazing day trips to take from Arcachon by boat. Let’s get the wind in those sails.

Explore the coast around Arcachon by chartering a yacht with SamBoat. 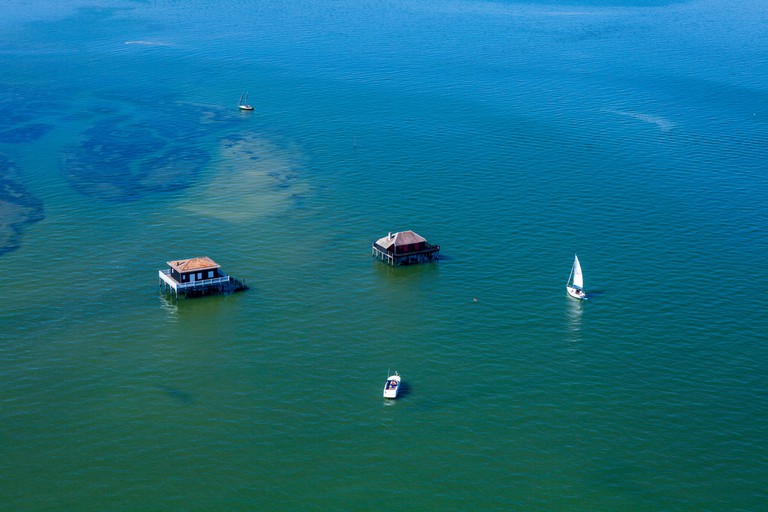 © Andia / Alamy
As you may have guessed by the name, Île aux Oiseaux is famous for, well, birds. This windswept little isle is a safe haven for many local species, but it’s also known for its cabanes tchanquées. These huts on stilts – not far from the islands’ oyster farms – were in fact built by and for the farmers, so they could watch over their oyster beds regardless of the tides. There are 53 of them in total, scattered about the bay. 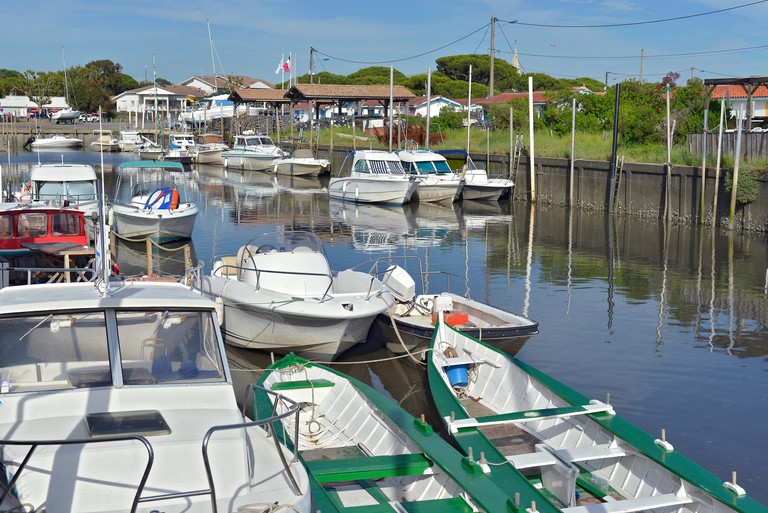 © Christian Musat / Alamy
The vibrant little village of Andernos-les-Bains is famous for two things: its very long pier – the longest in France – and Cabane en Fête, a festival celebrating local Arcachon oysters and white wines from nearby Entre-Deux-Mers. Held the first weekend every December, Michelin-starred chefs prepare meals in colourful cabanas that dot the shoreline of Arcachon – while orchestras, painters and photographers exhibit their art on the streets. 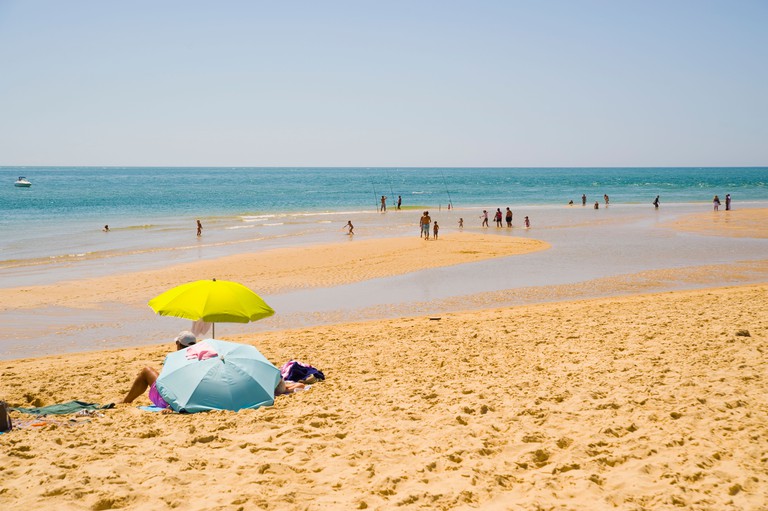 © John Baran / Alamy
Cap Ferret is a popular destination for French holidaymakers. Facing the Atlantic on the western coast and Arcachon Bay on the east, the cape is authentically Français in that not many foreigners choose to visit over the more obvious Côte d’Azur. It’s a slice of real French life because it’s a working town – think long stretches of sandy beach looking out over yet more oyster farms that service the entire country. It’s unassumingly chic – despite its popularity among the French elite – particularly at La Maison du Bassin, a hotel and bistro that you can stop by for lunch, inspired by the Kennedy’s summer retreats. 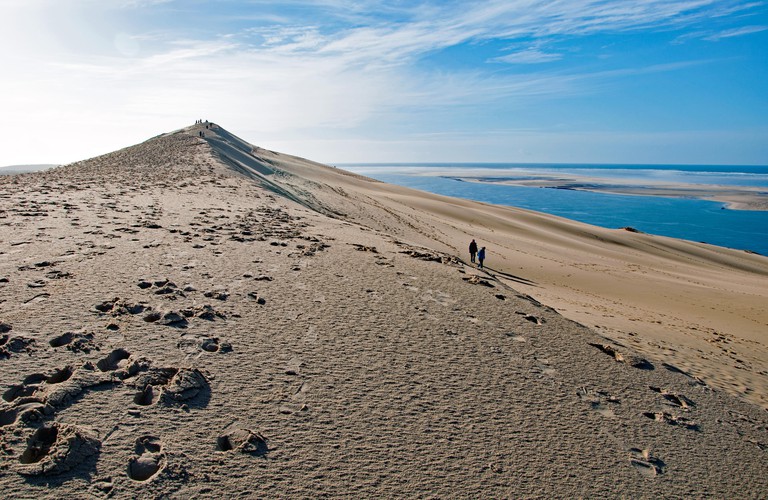 © AdryPhoto / Alamy
You can’t fully appreciate the sheer size of Europe’s largest sand dune until you see it for yourself. A Unesco natural heritage site, the sand dune of Pilat is constantly on the move, slowly reclaiming the surrounding pine forest. Winds and tides mean even those familiar with it will find it unrecognisable, changing colour and shape and profile almost daily. Those brave enough to tackle its impressive heights will find an incredible panorama overlooking the desert island of Banc d’Arguin National Park – and the very tip of Cap Ferret. 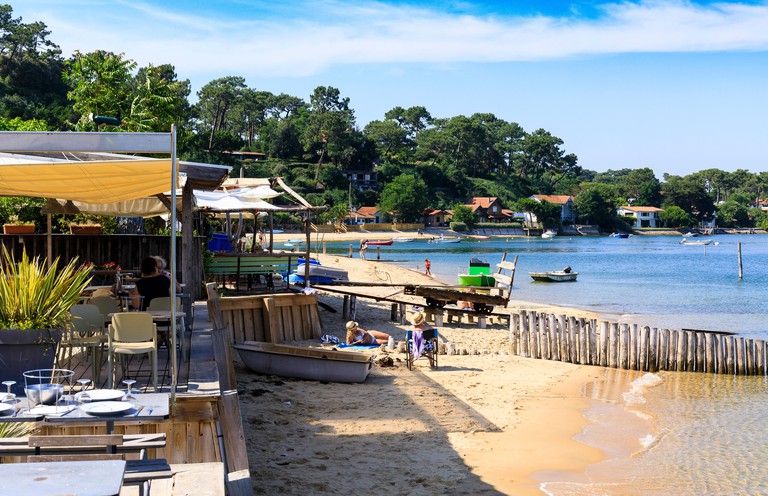 © Stephen Hughes / Alamy
On the eastern shore of Cap Ferret is the quiet l’Herbe, a tiny town most leaflets label as “unmissable”. It’s true that the tiny fishing village is picturesque – with colourful wooden huts and houses along streets too narrow for two people. But the most unusual thing about l’Herbe is the Chapelle de la Villa Algérienne – the Algerian-inspired chapel built by a local businessman on his return home from North Africa. The most fascinating part? High on its bell tower is a symbol of friendship: both a Christian cross and the crescent of Islam. 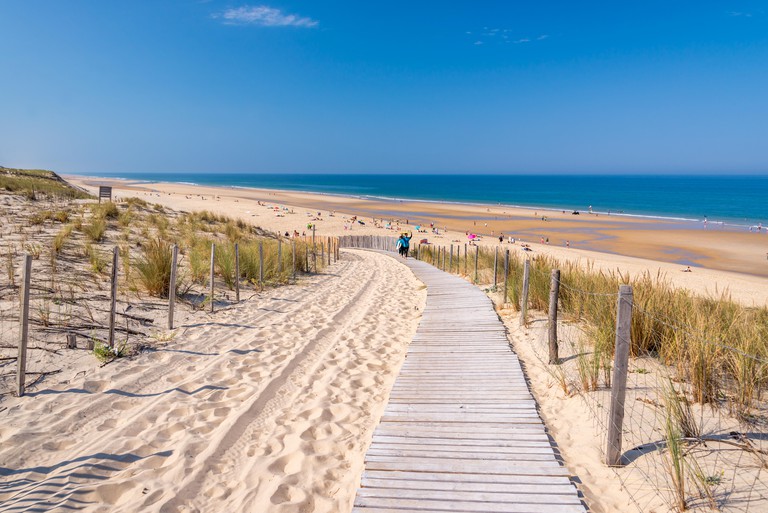 © Delphotos / Alamy
There’s usually one reason and one reason only to visit Lacanau: the surf. Reputed to have some of the best waves in France, it hosts the Lacanau Pro – the top surfing tournament in France – and draws lively crowds. But there’s more to Lacanau than its beaches: pine forests hide endless trails perfect for bikers and hikers and its freshwater lakes and streams make for cool relief in the height of summer.

Gironde and the Cordouan Lighthouse 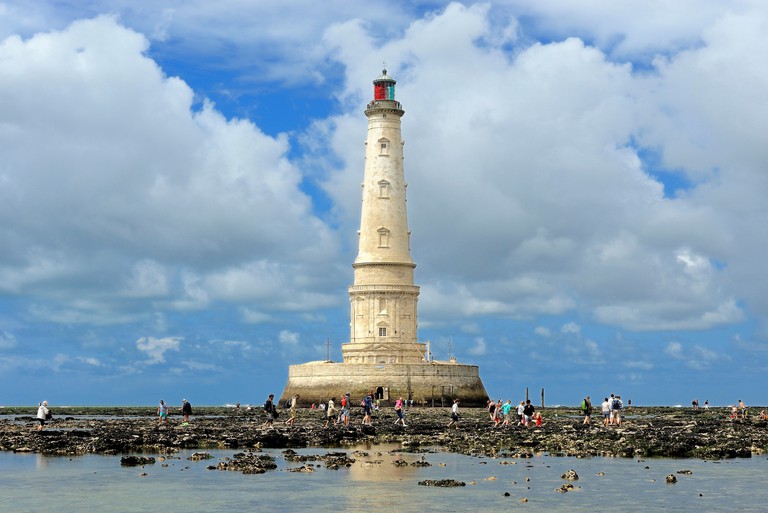 © Photononstop / Alamy
The Gironde Estuary is the largest in Europe, where the Dordogne and the Garonne meet. It’s also the location of the famous Cordouan Lighthouse – the oldest one in France. Nicknamed the “Patriarch of Lighthouses”, it’s located on an islet that’s been the site of some sort of beacon since 800AD, but the current iteration began construction in 1584. It’s also the last inhabited lighthouse in France and the only one open to the public for tours. 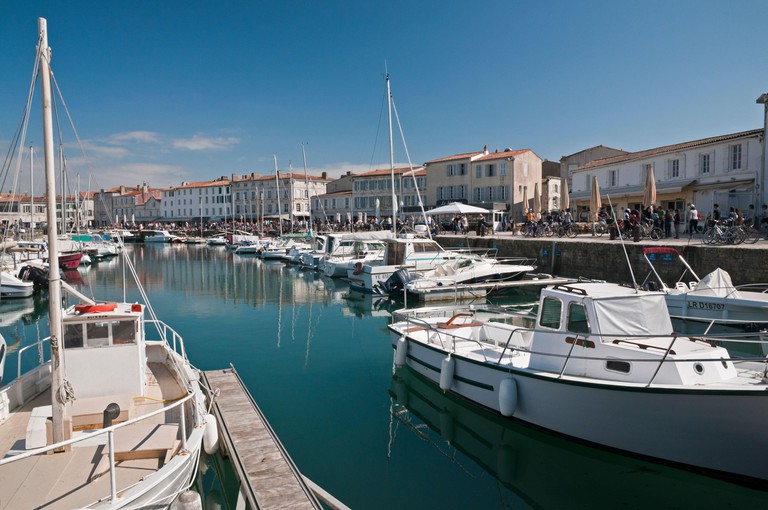 © Immagia / Alamy
Further afield is the Île de Ré. The island has 10 traditional villages, threaded together by a natural landscape that pivots between sand dunes and moors, forest and meadow. Island life is centred around the outdoors: sports enthusiasts will find themselves right at home among its many events and activities. And yet, those that appreciate slow travel will also find the little towns a joy to explore and discover – each with their own unique charm. Flâneurs are welcome.

Bob along the Arcachon coastline by hiring a yacht through SamBoat.