Amazing Day Trips to Take Around the French Riviera by Boat 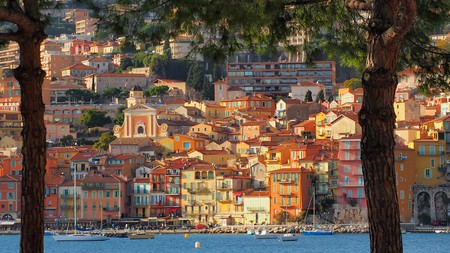 What were once humble fishing ports under the watchful eye of local sailors, have now developed into the French Riviera, or Cote d’Azur. Whatever you prefer to call this 805km (500mi) stretch of sand, this gleaming blue sun-sponge is now one of the most glamorous coastal regions on the planet. But its global renown brings global crowds, and the traffic along its winding corniche (cliff) roads can sap any feeling of opulence. Why not follow the route of the region’s original settlers and take in the stunning sights from the seclusion of the sea? Whether you’re sailing or yachting, here are the best day trips to take around the French Riviera.

See the French Riviera in style by chartering a boat with SamBoat. 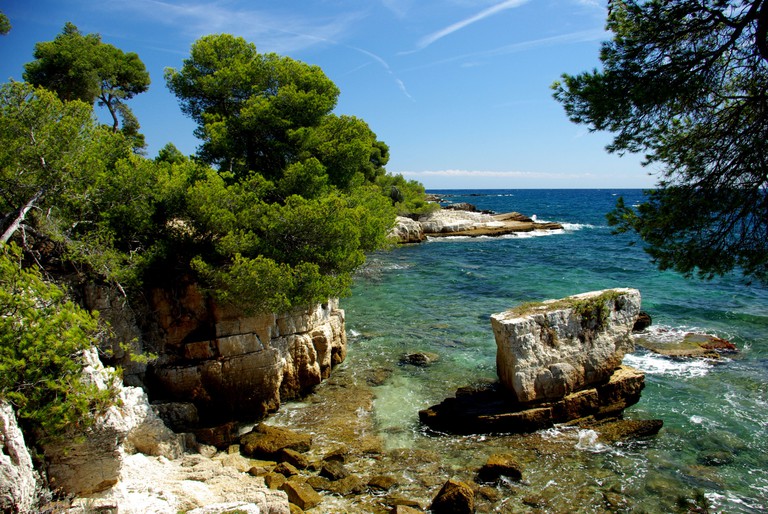 © Andia / Alamy Stock Photo
Around half a mile offshore from Cannes are these four islands worth visiting for their fascinating history alone. The largest of the islands, Île Sainte-Marguerite, boasts the historic Fort Royal. Previously a prison, it once held the Man in the Iron Mask, a mysterious 17th-century figure who became the subject of numerous movies and books. As it has been for centuries, Île Saint-Honorat remains home to a community of Cistercian monks. The shallow waters in-between the two islands, known as the “Plateau du Milieu”, is a summer hotspot for water sports. 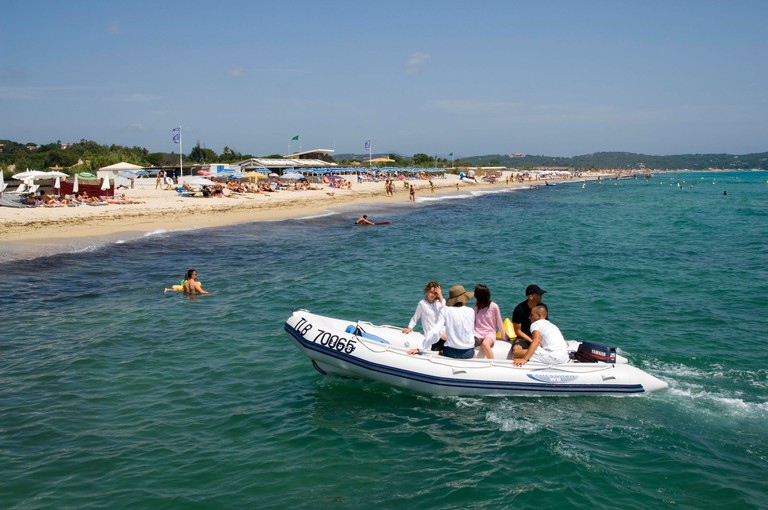 © Avalon/World Pictures / Alamy Stock Photo
It’ll depend on the speed of the vessel you’re in, but it should take around an hour to get to St Tropez from Cannes. Given the popularity of the resort made famous in the 1960s by Brigitte Bardot, arriving by boat is the best way to beat the crowds and the traffic. Pampelonne Beach remains the hottest ticket in town, so follow the example of the jet-set for the best route in. Moor up alongside the yachts, pack a waterproof camera, dive in and swim to shore. 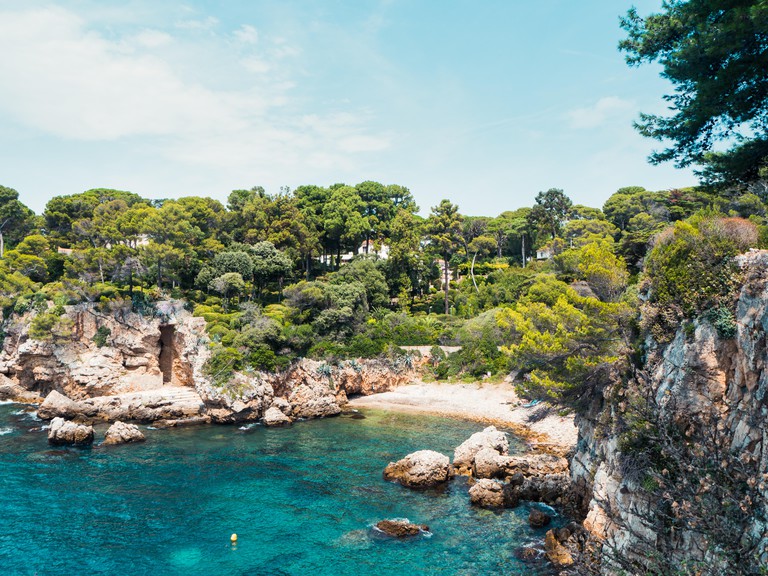 © Frederik Löwer / Alamy Stock Photo
Don’t let the name of this secluded beach put you off – you don’t need to be Elon Musk or Jeff Bezos to enjoy Billionaire’s Bay. Presumably named for the fact that for a long time it was only accessible by boat, since 2011 a small path has opened this wild and rocky beach to hikers walking south down the Avenue Mlle Beaumont. Nonetheless, the sense of expedition that comes with navigating around the Cap d’Antibes before the tiny secluded creek comes into view still makes arriving by sea the most thrilling route. 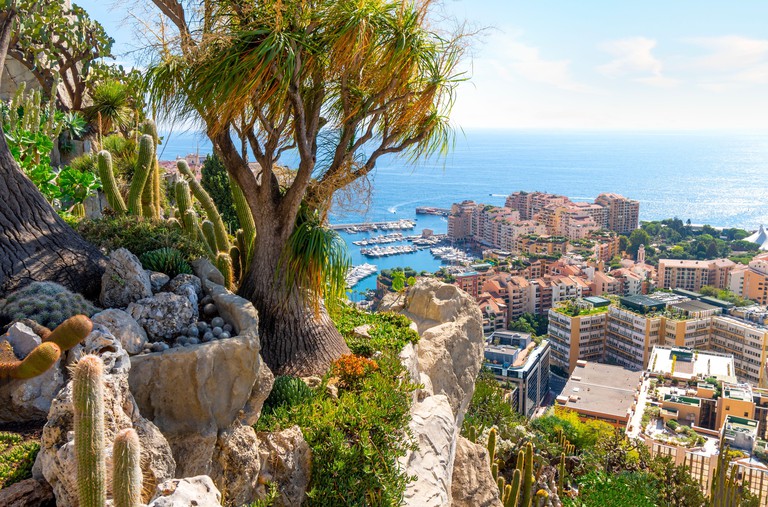 © Kirk Fisher / Alamy Stock Photo
Indulging in the luxury hotels of the decadent Principality of Monaco may be a wallet-buster for most of us, but there’s never any harm in a day trip to see how the other half live. Monaco has two options for mooring – the sheltered Port of Fontvieille, and the deep-water Port of Hercule, which can accommodate super-yachts of up to 300m (1,000ft). Unless you’re happy to watch through binoculars, you’ll need to be sharp to secure a spot during the most popular weekend of the year, when the Formula One circus is in town. 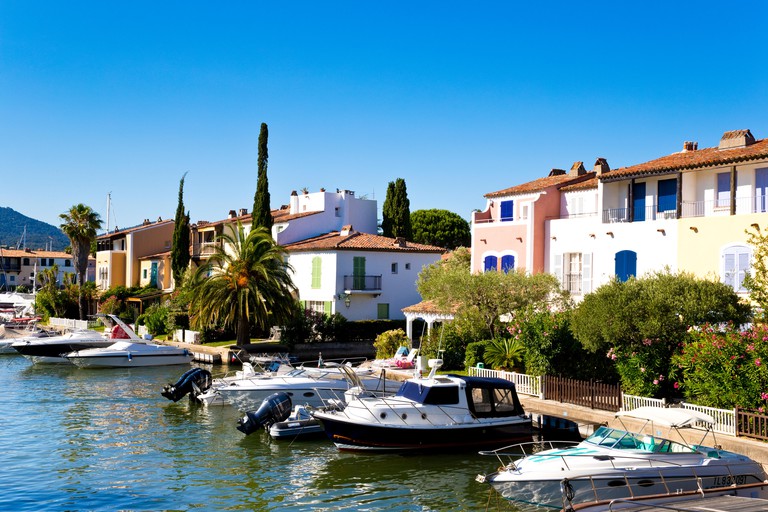 © Sylvain Oliveira / Alamy Stock Photo
It may only be two nautical miles from the look-at-me glitz of St Tropez, but the ochre town of Port Grimaud comes with a different vibe entirely. Architect François Spoerry was clearly inspired by the canals of Venice when he transformed the town from marshland in the 1960s. The intricate network of canals and arched bridges can only be negotiated in small boats or dinghies, and the noticeable lack of cars only adds to the attraction. 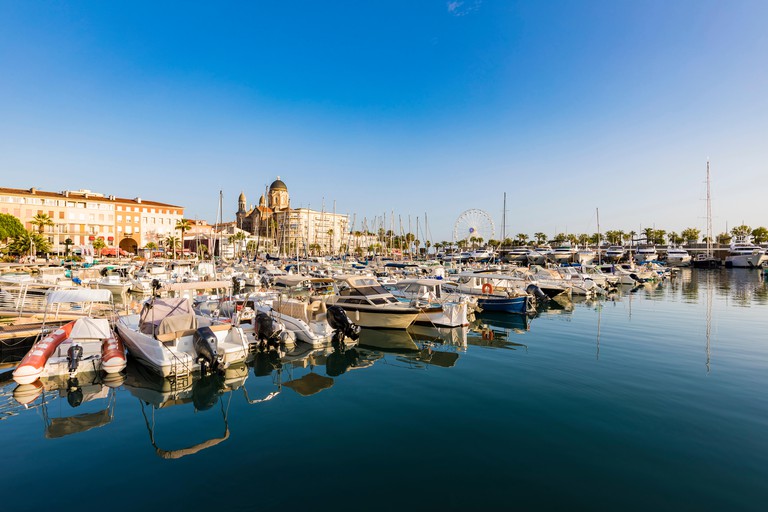 © Westend61 GmbH / Alamy Stock Photo
It may not be the first location divers consider when looking to explore the French Riviera in their wetsuit, but that’s precisely why Saint Raphaël makes a good scuba diving spot. The red rocks of the Esterel mountains plunge into the deep blue of the Med, providing striking underwater scenes like those at the Lion de Mer islet, where even beginner divers can catch glimpses of brightly-coloured hermit crabs, seahorses and starfish. 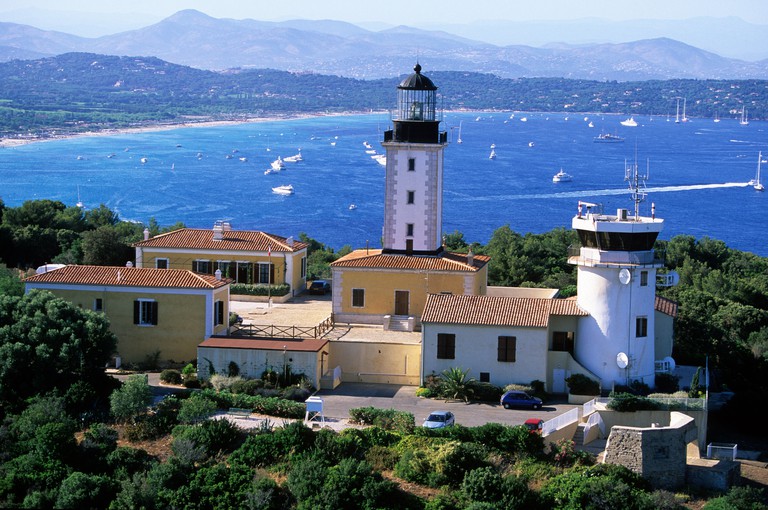 © Hemis / Alamy Stock Photo
A little more renowned, Cap Camarat is another must-visit for keen divers. The remarkable wreck of The Rubis lies at the bottom of the sea 3km (2mi) off the coast of Cap Camarat, just south of St Tropez. Launched from Toulon in 1931, this mine-laying submarine served in Norway, the Mediterranean, and even Scotland, before being sunk in 1958. At a depth of 40m (130ft) and in currents that can be strong, this is one for more experienced divers. 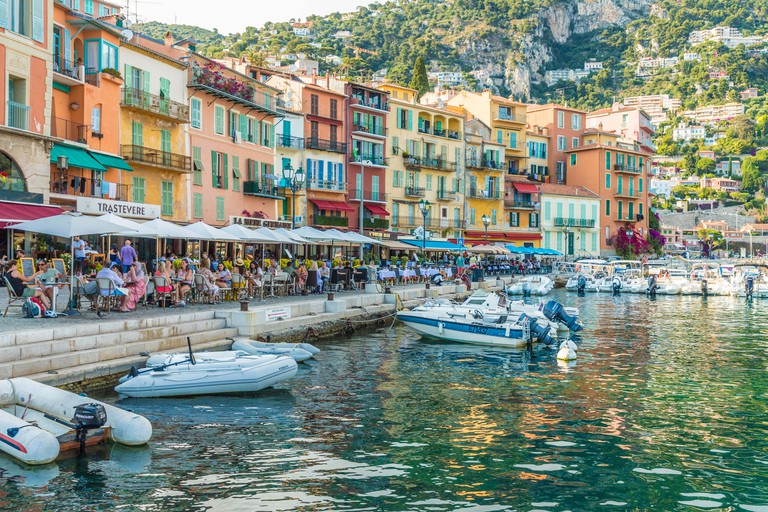 © robertharding / Alamy Stock Photo
If you manage to resist the headline charms of Nice and sail a little further east, you’ll be swiftly rewarded by one of Europe’s most picturesque bays. Villefranche-sur-Mer has long been a favourite setting for Hollywood movies, with leading lights Sean Connery, Katharine Hepburn and Michael Caine having appeared in front of these terracotta-topped, pastel-painted houses. The location also proved a muse for the Rolling Stones when the band recorded Exile on Main St here in 1972. Wander its medieval streets and find out why this historic town, nestled between Nice and Monaco, remains more than a match for both.

Check out the charms of the French Riviera when you hire a vessel with SamBoat.