A Yacht Lover's Guide to The Cannes Boat Show

The Cannes Boat and Yacht Festival, which takes place annually on France’s famous Riviera, is one of the largest of its kind in Europe and is the place for boat builders to show off new, state-of-the-art superyachts. Come to window-shop the world’s sleekest liners or fantasise about the kind of megayacht you’d have tailor-made for you if money were no object.

The Cannes Yachting Festival is a big deal

The 39th Cannes Yachting Festival in 2016 was a record event, with over 51,000 visitors and the highest number of boats in the festival’s history. In 2017, the show celebrated its 40th anniversary and over 600 boats and 500 exhibitors came to display their new toys to the public. These boats can be any size, from two metres to 65 metres in length. The festival takes place in September each year at Cannes’ two ports, the Vieux Port and the Port Pierre Canto, and is so popular internationally that half of the visitors come from overseas. 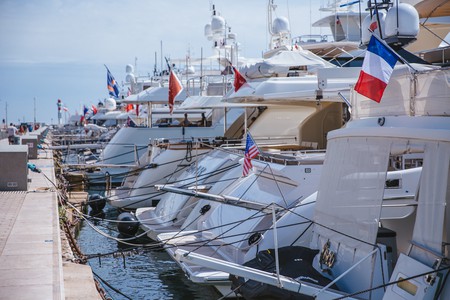 Cannes is a great place to spot superyachts all year

Many of the most expensive superyachts are shrouded in secrecy when they are built, and the private projects elicit a guessing game about the owners, layout, and price of new boats. During the Cannes Film Festival there is often a running online commentary on who has shown up in their big yachts.

You can also charter them yourself

If you have a cool half a million euros to put down for a week’s charter, then you can hire some of the beauties featured below. There are also a number of new start-ups shaking up the way in which people can own yachts – many companies now offer flexible ownership options, where you can hire a superyacht for anything beyond 36 days each year. This means that the dream of sailing around the Mediterranean is a little more attainable than ever before.

This boat is from the Lürssen boat company in Germany and can often be seen floating around the French Riviera, in Cannes, or down the road in La Ciotat. The boat’s interior was designed by Andrew Winch in London, who has just finished designing the interiors of the new Boeing Business Jet 737. At 512ft (156m) the boat breaks a lot of records. She’s the largest yacht in the world in tons (gross); her 30,000 kw diesel engine lets her cruise at 22.5 knots; and her swimming pool is thought to be the biggest on any yacht in the world. The Dilbar is still currently the 4th longest yacht, too. 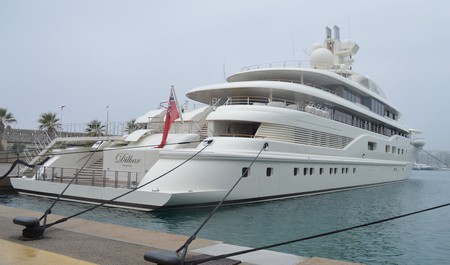 Built by Royal Huisman in 2015 for an Asian businessman, the Sea Eagle is as much about sailing as it is about comfort. With architecture by German Frers and interior styling by Rhoades Young, this is a stylish 43ft-(13m-)number that wowed everyone in 2016 in Cannes.

When this 295ft (90m) superyacht from Benetti (it was their biggest boat at that time) was delivered to her owner in 2016, it was clouded in mystery and secrecy – no one knew who the boat was for and details were kept secret. It has since come to light that the owner is British tycoon Philip Green, who also kept his previous boat, a smaller version of the Lionheart. The new one is valued at US$150 million and has a cruise speed of 15 knots. She has three decks, which open up into ‘beach club’ mode, and the interior was designed by specialists Green and Mingarelli. 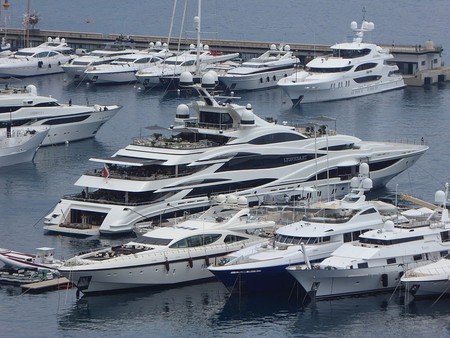 The Lionheart was seen in Monaco in 2017 | © Public domain / WikiCommons

This is a 39ft-(12m-)boat from Riva, which is a nifty day-boat that converts into a queen berth below deck to comfortably sleep two. It’s a nice little thing to take for a spin on Lake Como and have a sleepover.

This sleek boat from Australian company Silver Yacht is 253ft long (77m) and is the world’s fastest long-range aluminium yacht — she can travel from Australia to Europe in 21 days and can also cross the Atlantic at 22 knots, a record speed. The Silver Fast is also the most energy-efficient boat in her series. But it isn’t just her speed that’s impressive – this beauty is built for comfort too. She can sleep up to 12 guests in 8 different rooms, which include a master suite – as you would expect – but also VIP staterooms, a double bedroom and three twin cabins. And to make sure that you are well looked after, she can carry up to 19 crew members. 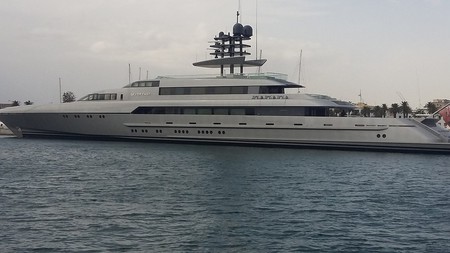 This superyacht was designed by the Italian company Perini Navi and Philippe Briand. It measures 230ft (70m) and is named after the Greek town Sybaris, on the river of the same name, which was founded in 720 BC. Just like her namesake, the boat is synonymous with fine living.

If you’re looking to hire a boat and have the money to spend on a luxury yacht, then you can do a lot worse than hiring The Maltese Falcon. It is now based in the Mediterranean and available to charter weekly for US$ 500,000 (including expenses). This yacht was iconic when she was built by the Perini Navy shipyard in 2006 because of her revolutionary DynaRig mast. She can sleep 12 guests in six cabins with ample room for 18 crew members. The 88-metre (289 ft) sailing yacht was completely refitted in 2015 and still retains her reputation as a sleek lady of the sea. 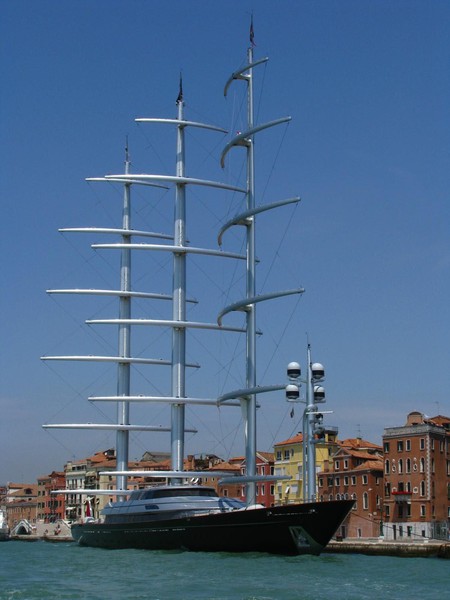 The Maltese Falcon in Venice | © Public domain / WikiCommons
Give us feedback