A Walking Tour of the Best Medieval Architecture in Strasbourg 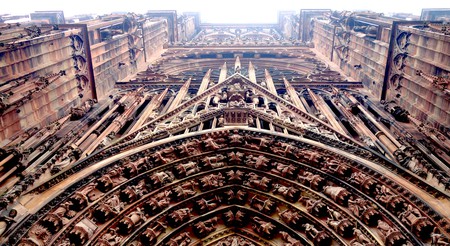 Each chapter of the history of Strasbourg is written in its architecture – none more impressive than the incredibly well-preserved medieval landmarks, from the grandeur of its churches to the engineering genius of its system of canals. Follow our guide to walk back to the Middle Ages.

The tour starts with a bang: Notre-Dame Cathedral is known around the world as one of the most stunning examples of Gothic architecture, a statement to the incredible building expertise of the architects and stonemasons involved in the construction. It is almost impossible to comprehend how it was possible to build such an intricate and imposing building with the tools and technology available at the time.

The first building began in 1015 but most of it was destroyed by a fire. For the renovation, at the end of the 12th century, the choice was to source red stone from the nearby Vosges mountains, which resulted in the delicate otherworldly appearance that we see today. The Musée de l’Oeuvre de Notre Dame, just steps away from the cathedral, retells the history of the monumental undertaking. 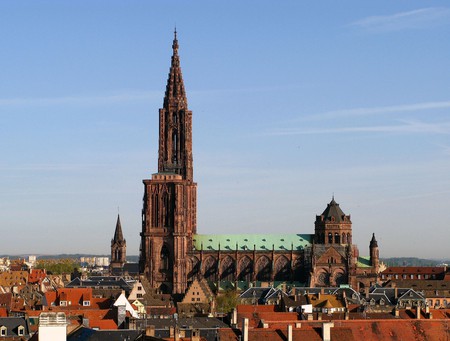 If these walls could talk! The Cour du Corbeau, situated just a five-minute walk from the cathedral on the opposite side of the river, is a rare beauty. The handsome half-timbered inn was built in 1580, and has seen illustrious guests (and the other kind) pass through its welcoming door, from kings and emperors to occupiers and ruffians. The Cour du Corbeau is still a hotel to this day and has been recently refurbished to its full glory. 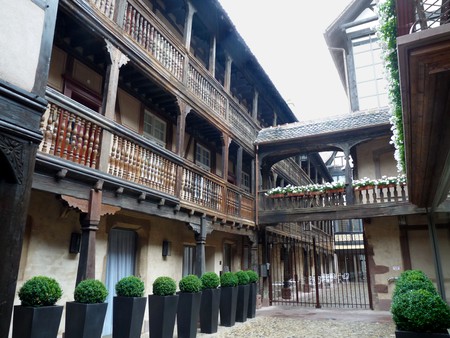 This magnificent waterside building is a testament to the economic prosperity of the city. The original building was erected in 1358 and a few decades later the lower level was purchased by a local merchant and turned into a guesthouse, while the rest of the huge space served as a warehouse for goods arriving from outside the city and therefore subject to customs duty.

This ‘commerce hall’ was under the supervision of a Kaufhausherr, who held the title for life after being appointed by the most influential bourgeois. This powerful public servant was in fact the main revenue collector in the city. A fire destroyed a large part of the original building and the ‘Old Customs House’ was progressively rebuilt over the centuries, only to be damaged by an air raid during World War II. In 1962 the city decided to rebuild the customs house strictly respecting the original, down to its tight skylights and Gothic gables. 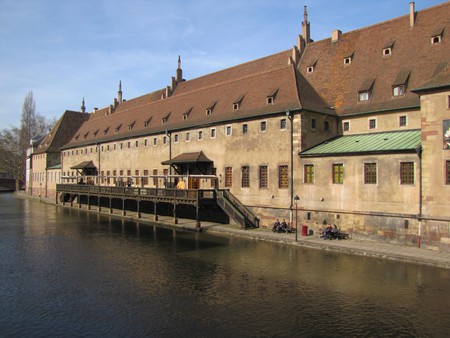 The Old Customhouse in Strasbourg | ©Rh-67/Wikicommons

The church of Saint Thomas is not just an excellent example of Alsatian Gothic art, but also evidence of the dual identity of Strasbourg, as the territory shuttled back and forth between France and Germany. The magnificent temple competes for the city skyline with its imposing steeple dwarfed by the neighbouring cathedral. The original Catholic church harkens back to 1007, but as other buildings of its age was ravaged by fire and rebuilt in 1521, it shortly after converted to the Protestant faith, a status maintained to this day. 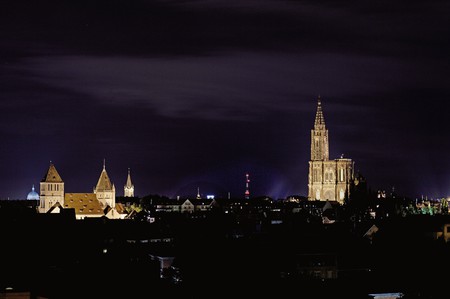 Walking into Petite France, the working class neighbourhood in medieval Strasbourg, there are plenty of examples of craftsmen’s and merchant’s homes and workshops. Perhaps the most striking of all is the old tannery – today a traditional restaurant – where the hides were washed so that they could absorb the tannins used in the leather processing. The material was left to dry in the attic, with the distinctive vents in the roof, intended to air the leather, clearly visible today. 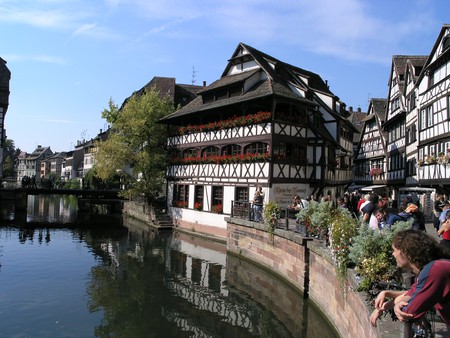 Walking along the water in Petit France, just beyong the Covered Bridges, is the Barrage Vauban or Grande Ecluse. This marvel of military engineering, way ahead of its time, allowed Strasbourg to flood the southern front of the city if necessary. The terrace at the top of the lock offers a vantage point to appreciate the intricate system of canals that both served as efficient transportation highway and as a line of defence for the medieval city. 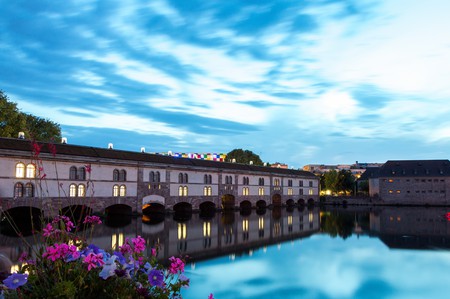 Strasbourg by night, the Barrage the Vauban | ©Caroline Alexandre / Flickr

Check out this map to plan your tour of the best medieval architectural landmarks in Strasbourg.