A Tour of Dijon's Statues and Sculptures 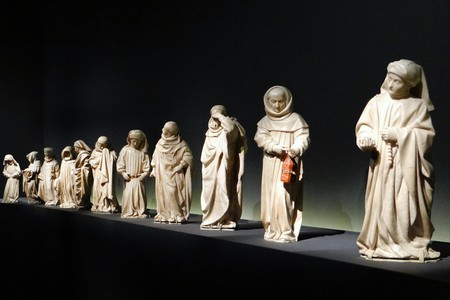 The sheer scope of cultural treasures of Dijon don’t easily fit into a shortlist; the city is overflowing with art and history every way you look. To uncover the secrets of this stunning city, get started with these show-stopping statues and sculptures to whet your appetite for your next visit.

The original of this medieval masterpiece by Flemish artist Claus Sluter was topped with a large crucifixion scene, and the section that remains today was the base of an hexagonal ‘fountain of life’, a place of pilgrimage to this day. It is located in the Carthusian monastery of Chartreuse de Champmol that used to be the original site of Philip the Bold’s funeral monument, now in the Musée des Beaux Arts. The Well of Moses was constructed at an early point in the transition from the monopoly of the church to human-centrist philosophy, the beginning of an era when artists would be able to manifest their individual expression. 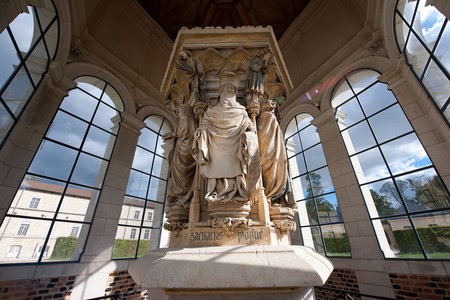 The Tombs of the Dukes of Burgundy

Another magnificent Claus Suter work in Dijon is the tomb of Philip the Bold, with a recumbent effigy upon the sarcophagus and 40 small alabaster figures of mourners tucked inside galleries all around the platform. The tomb was finished by Claus de Werve, nephew and pupil of Sluter and who was also his assistant on the Well of Moses. In the same hall is the tomb of John the Fearless and his wife, again with a procession of mourners in the platform. Each and every one of the mystical figures is a masterpiece in its own right. Admission to the permanent collection of the Musée des Beaux Arts is free of charge. 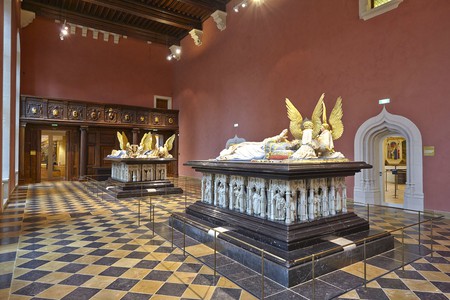 Burgundian sculptor François Pompon worked as a hired hand for Rodin and Camille Claudel. It wasn’t until the age of 67 that he submitted his own work to the salon and enjoyed immediate success, with his ‘purified’ polar bear. It marks a breaking away from the expressionist work of his employer into an exploration of his own path to find the ‘essence’ of the subject. In the words of Antoine de Saint-Exupery, ‘perfection is achieved, not when there is nothing more to add, but when there is nothing left to take away’. In an homage to Pompon, the city of Dijon commissioned a copy of the famous polar bear to one of Pompon’s friends, Henry Matinet, who made this sculpture that enjoys pride of place today in the majestic Darcy Gardens. 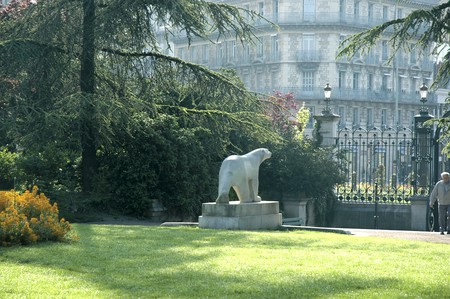 The Place de la République has been recently refurbished, including its central fountain and monument dedicated to Sadi Carnot, the French President – hero of the Prussian war and who had been a deputy of the Côte d’Or – who was assassinated in 1894 by an anarchist. The impressive memorial is crowned by an allegory of the Republic, holding up a crown of laurels above the image of the slain head of state. 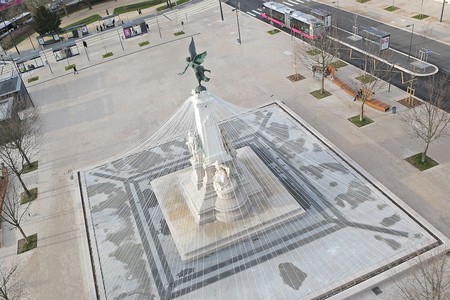 Atop the fountain in the popular Place Rude, there is a reference to the true spirit of Dijon. Bareuzai was a nickname given to the local winegrowers, deriving from the words bas rosé because one would recognize winery workers by the pinkish tint on their lower legs, traces from pressing the grapes. The nickname survives to this day to describe the Dijonnais affinity for wine and joi de vivre. 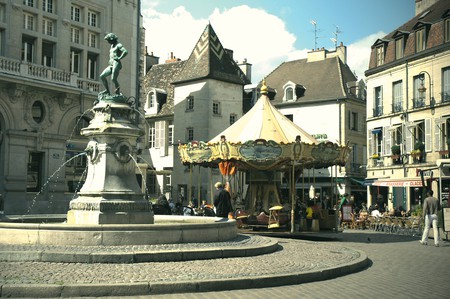 The black female effigies representing the Virgin Mary belong to medieval iconography. They get their name from the colour of the material they’ve been sculpted from. One of the earliest examples dating from 1125, thought to be the oldest in France, is the effigy of Notre Dame de l’Espoir in the church of Notre Dame. The figure is attributed with having protected Dijon from destruction during the chaotic retreat of vanquished Nazi forces at the end of World War II. 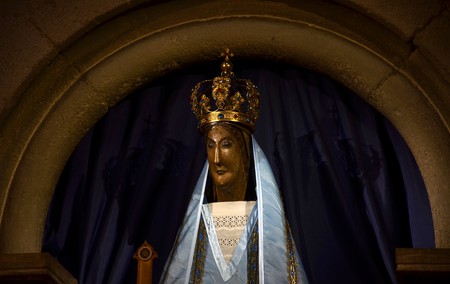 Statue of Philip the Good

This lovely little square with its shady ancient trees and Gothic-inspired rockery fountain was once part of a larger garden created for the Duke’s wife. After World War II, in 1955, the statue of Philip the Good found its home here. It was created by sculptor Henri Bouchard. Behind him is the Duke’s real home, the Palais de Ducs. 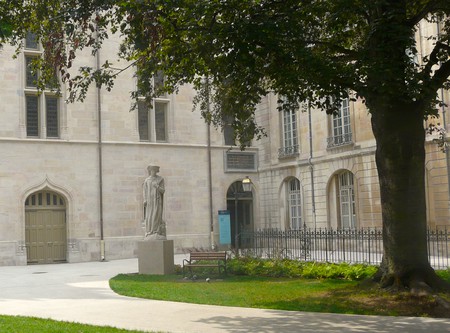