A Guide to Sailing in Corsica, France 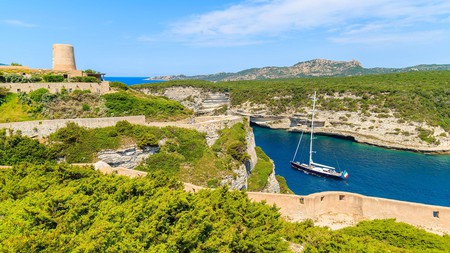 The fourth-largest island in the Mediterranean, Corsica has 1,900km (1,200mi) of coastline that is best explored by sea. Despite being French territory since 1768, it retains a distinctly Italian feel with some beautifully quaint medieval ports. Other highlights include unspoilt nature reserves, excellent food and reliable winds to get you on your way.

Sail around Corsica for a day with a yacht charter from SamBoat. 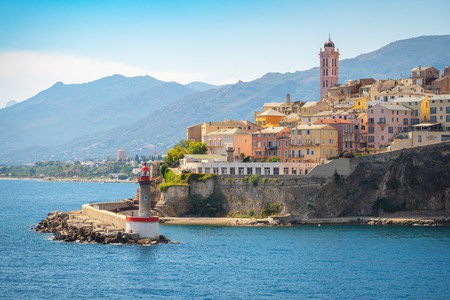 Bastia, the largest settlement in the north, has been strategically important for more than 1,000 years, thanks to its relative proximity to mainland France and Italy. Today, the city of 45,000 people is a delightful spot, strewn with many cafes and restaurants along narrow, colourful streets, plus there’s a lively market every Saturday and Sunday morning.

In contrast to the increasingly urbanised coastline of much of the Mediterranean, the west coast of Corsica remains largely unspoilt, boasting the most dramatic scenery in the region. Here you will find hundreds of anchorages, sleepy fishing villages and secluded beaches accessible only by boat. 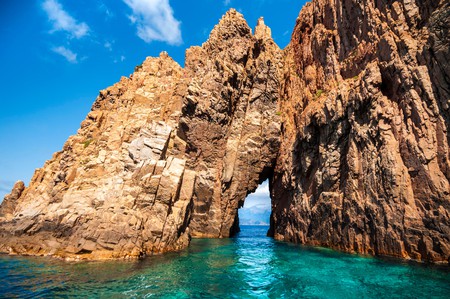 If you’re on the lookout for wildlife, head over to the Scandola Nature Reserve, southwest of Calvi near the northwestern corner of the island. It is a Unesco World Heritage site with sheer basalt cliffs, towering sea arches and sandy beaches, while the residents include ospreys, Cory’s shearwaters and dolphins.

Port de Bonifacio marina (on VHF channel 9) is one of the most spectacular in France. It caters for yachts of all sizes and offers 250-visitor berths for vessels up to 75m (246ft) in length as well as excellent shelter. However, it can become crowded in peak season, when mooring prices spike alarmingly. A quieter alternative is the anchorage to the northwest at Cala di Paragnanu, which is still within walking distance of the citadel. 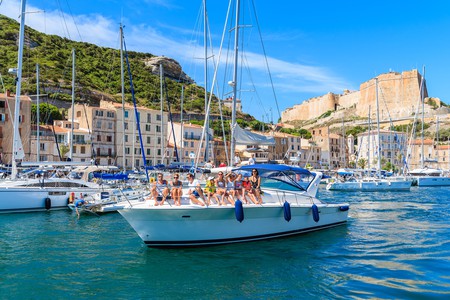 If visiting Scandola Nature Reserve, you can anchor or take a mooring at nearby Galéria. The village ashore has a typical Corsican market on Fridays. Be aware, the bay is open to the northwest, so keep an eye on the weather forecast and signs of the afternoon sea breeze kicking in.

Corsican cuisine promises to satisfy all tastes with a mouth-watering mix of fresh seafood, river fish, creamy cheeses, local meats and homegrown vegetables. Traditional dishes include brocciu (a fresh sheep or goat cheese), civet de sanglier (a hearty wild boar stew) and fiadone (lemon cheesecake). On the drinks front, the island produces a wide variety of characterful wines. If you fancy a spot of fine dining, the highly acclaimed La Table restaurant at La Villa hotel serves artfully presented dishes and fantastic views, while one of the top-rated spots for an authentic local experience is Auberge San Ghjuvani set amid the rolling hills over Propriano. 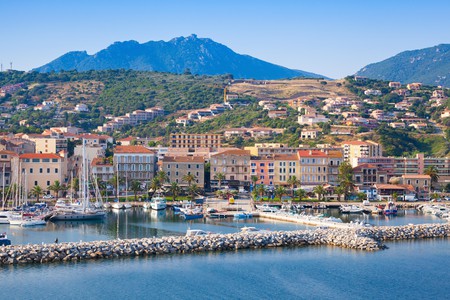 There are some wonderful charter boats to pick up via SamBoat to get your Corsica sailing adventure underway. You can hire a bareboat catamaran for a day, plus there are many options in other marinas across the island. Also, perfect for long tours around the coast, are boats hired with Dream Yacht Charter. 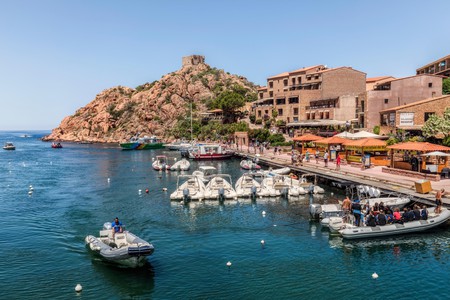 Porto, near Ota, makes for a picturesque stop on a sailing trip around Corsica | © Joana Kruse / Alamy

If you’re looking to stock up after sailing into Port de Bonifacio marina, there is a Spar supermarket in the marina complex with a butcher’s counter, fresh fruit and vegetables, plus other staples. Pre-orders and deliveries can be arranged to ensure items are in stock for your arrival. The town of Porto-Vecchio also has many grocery shopping options with Super U, Casino and E.Leclerc among the purveyors.

The Corsica Classic has been running for more than a decade and is one of the key events on the Mediterranean sailing calendar. The round-island regatta, which is under the patronage of the Yacht Club of France, usually takes place at the end of August; it includes several races which draw amateurs and professionals alike. 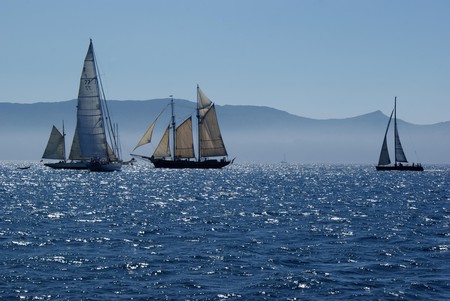 Corsica has excellent weather from May to mid-October. However, low-pressure systems from the Atlantic can be found from early September onwards.

Unlike much of the Mediterranean, which has a reputation for light summer breezes, Corsica has a tendency towards stronger winds, reaching force 7 and occasionally force 9 at Cap Corse in the north and the Bonifacio strait. In more settled weather, there’s a brisk northwesterly sea breeze on the west coast that’s perfect for a rewarding afternoon sail. July and August are both hot and crowded, so best avoided if possible. 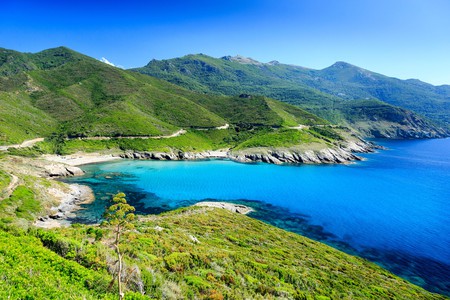 The island is well served by international airports, located near Bastia, Calvi, Bonifacio and the west coast town of Ajaccio. Few destinations are more than an hour’s drive from one of these towns. The island is also well connected for ferry travel, with many options from mainland Italy and France, as well as Sardinia.
See as much of Corsica as you can by sailing in a boat hired with Dream Yacht Charter.