A Guide to Sailing in Charente-Maritime, France 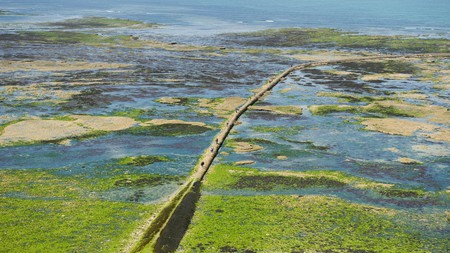 Charente-Maritime, facing the Bay of Biscay in southwest France, offers scenic seaside villages and islands for seafaring souls to explore. Start in La Rochelle before hopping over to Ile-de-Ré and Île-d’Aix, scooping up oysters and Cognac on the way. Here are some top tips for navigating this magnificent Atlantic coastline.

Soak up the Charente-Maritime coast for a day by chartering a yacht through SamBoat.

La Rochelle will likely be your main port of call in Charente-Maritime. This city is often referred to as La Ville Blanche (White Town) due to its limestone buildings. La Rochelle offers museums, an ultramodern aquarium and several 14th-century towers guarding the harbour. The town also dishes up plenty of seafood delights – like fresh mussels and oysters (plus charcuterie for non-seafood-adoring folks). 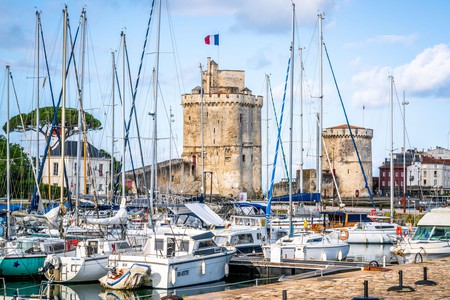 Since you’ll have your own sailing vessel, the islands of Charente-Maritime, like Ile-de-Ré and Île-d’Aix, near La Rochelle, are within easy nautical reach. Aix boasts an oyster harvesting lifestyle on an island with almost no cars, plus several ancient forts. Ré, on the other hand, is quite large, with beaches, attractive villages and marshes for recreational sailors and holidaymakers to discover. 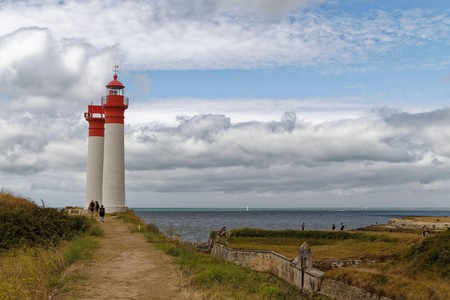 The expansive Gironde estuary should attract sailors interested in spotting bird species like grey heron and little egret living in wild, marshy landscapes. The estuary is also home to Vauban’s Blaye Citadel, troglodyte caves, forts, lighthouses and vineyards. Naturally, Margaux and Patiras islands are on the menu as well.

Port de Plaisance des Minimes (VHF channel 9) is an expansive Atlantic marina in La Rochelle with 4,588 berths for pleasure craft. The Port of Saint Martin de Ré can get crowded in summer, but it’s a good spot when visiting Ré island, with around 50 berths for visitors. Port Médoc, near the mouth of the Gironde estuary, allows for arrivals and departures all day throughout the year. The port at Meschers-sur-Gironde has berths for about 15 visiting vessels. For more berths and moorings, head over to the Port de Royan, at the northern entrance of the Gironde estuary. 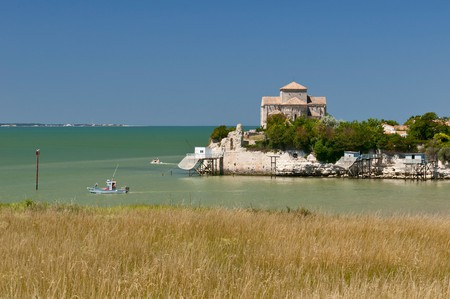 If you’re a fan of oysters, you’ll be in heaven in this part of the world, as it’s home to some of the top cultivation techniques. The region is also famed for its Cognac, drank as a digestif and Pineau, sipped as an aperitif. If you’re looking to push the boat out on the restaurant front, book the three Michelin-star Christopher Coutanceau in La Rochelle. The smart beach-facing eatery has tasting menus to tickle the tastebuds, with a fine selection of wines to go with each course. For vegetarians, Brille Soleil, which is set back from the waterfront in town, offers a fantastic spread of organic produce and a cosy atmosphere. 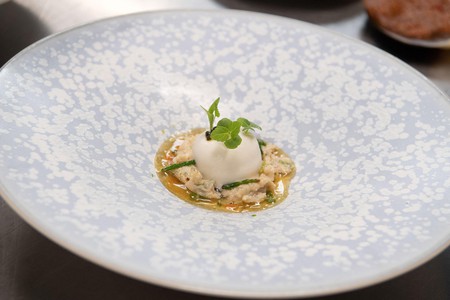 There are dozens of charter options when it comes to picking up a boat in Charente-Maritime. One top choice for hiring a yacht is SamBoat – they connect you with boat owners in La Rochelle and across the region. Whether you’re looking for a catamaran for 20 people or a cosy vessel built for two, this company has you covered. You don’t even need to have sailing experience as many boats come with a skipper, ready to sail you around the coastline.

If you’re looking to stock up on supplies before setting sail from Port de Plaisance des Minimes, there is a good-sized Carrefour less than a 10-minute drive away and deliveries can also be arranged. For smaller shopping trips, there is an independent supermarket right by the marina. On Ré island, there is an expansive E.Leclerc and Intermarché Super with everything one could need.

As one of the best-known sailing venues in Europe, there’s always something on the calendar at La Rochelle. Popular events include the Grand Pavois La Rochelle, one of the largest boat shows in the world. It has been running since 1973 and is generally held in late September. The Plymouth to La Rochelle race is also a historic event, although it has been on hiatus over recent years with many choosing to break record times independently. 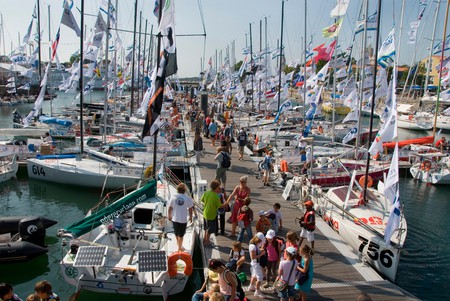 La Rochelle, Charente-Maritime and the surrounding regions are some of the sunniest spots in France, with around 2,300 hours of sunshine per year. The winters are fairly mild, while summers are warm with temperatures around 20C to 25C (68F to 77F). La Rochelle does face the Bay of Biscay, which means strong winter storms are a possibility. January tends to be the windiest month, while September sees the average wind speeds fall. Gusts can blow in from the mainland, as well as from the Bay of Biscay, with powerful westerlies churning up the Atlantic coastal waters from time to time. 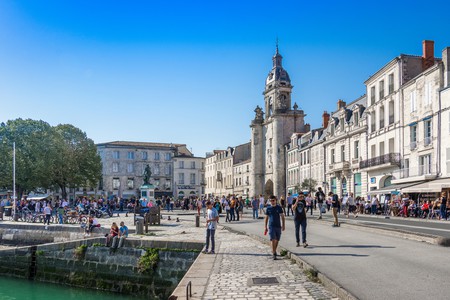 If flying into Paris — Charles de Gaulle or Orly airports — you can take the high-speed TGV (Train à Grande Vitesse) from the Paris Montparnasse train station directly to La Rochelle in two to three hours. The La Rochelle – Ile de Ré airport, about 5km (3mi) outside of town, serves La Rochelle directly, with some direct flights between La Rochelle and other international destinations, like London, Luxembourg City and Manchester.