A Guide to Exploring the Wilderness of the Cévennes in France 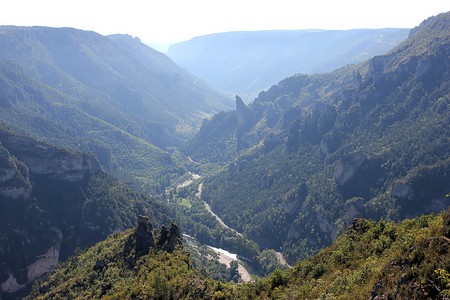 The Cévennes remain one of the most hidden parts of France away from the wandering tourist. The national park lies partly in Lozère in the South of France, the most sparsely populated départment in France. Here is our guide to exploring this untapped wilderness.

Human beings have been living off the land in the Cévennes for approximately 4,000 years. In the Middle Ages, irrigation systems and terraces were starting to be used thanks to the cultivation of chestnut trees. Vineyards and olive groves were planted and goats and cattle were reared on the harsh landscape. The same farming techniques were continued until the 18th century when the mulberry tree replaced the chestnut and the breeding of silkworms commenced. Today, you’ll still spot silk mills dotted on the landscape, harping back to this prosperous time in the Cévennes. Life in the Cévennes today is still focused on the simple techniques that have stood local people in good stead for centuries.

The Cévennes, happily, isn’t the easiest area of France to get to – otherwise, it would surely not be the wilderness that it is. Your best bet is to fly into a southern city like Nîmes and then, rent a car. From Nîmes, the journey is under three hours and you also get the benefit of spending a few days exploring the ancient city if you wish. Once within the national park, rustic lodges, B&Bs and small hotels will be where you find the most choice. For a larger base, stay in the towns of Millau or Alès. Florac and Sainte-Enimie are popular villages in the heart of the park as well. 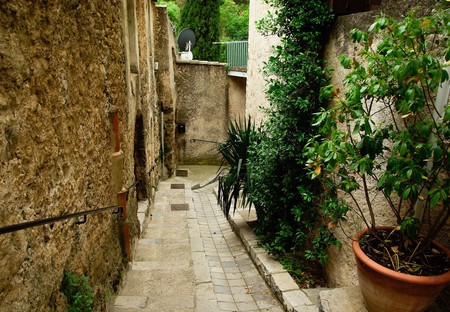 Mont Lozère is the highest peak in the Cévennes and the highest point on the GR70 hiking trail. In the summer months, this part of the Cévennes is a hiker’s paradise. In winter, it’s at a high enough altitude for the snow to engulf its peak and cross-country skiers come and set off on the blanket of white from places like Mas de la Barque and Bleymard-Mont-Lozère. 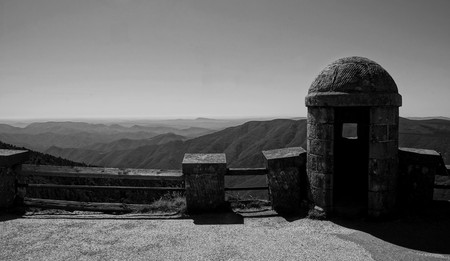 La Garde-Guérin is a well-preserved fortified village in the Lozère department in the Cévennes, considered among the most beautiful villages in France. It was formerly the domain of the ‘Parier’ knights, whose job it was to protect those travelling along the Régordane road. Many of the homes were restored in the 1970s and the small population rises during the summer months as a lot of the properties are now used as second homes. Having said this, it is one of the best examples of the park’s fortified villages. 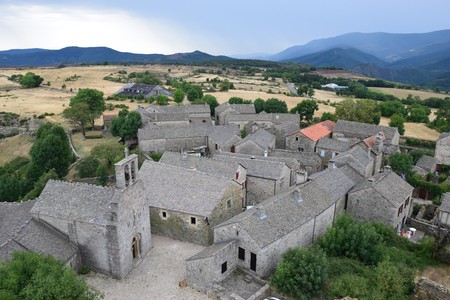 Head to the southwest of the Lozère department and you’ll come to the spectacular Tarn Gorges. Limestone cliffs rise to as high as 500 metres, sheltering small villages on the river banks, Romanesque churches and even some commanding castles. The D907 BIS is the road you want, taking you south from the pretty village of Quézac all the way to Le Rozier. If exploring by car then definitely take this route, however, the best way to experience The Tarn Gorges is by water. The Tarn River is perfect for kayaking, with plenty of companies offering day explorations during the high season (Sainte-Enimie). 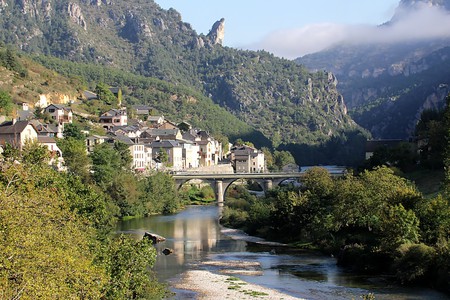 Aubrac is a volcanic plateau spanning three departments (Lozère, Aveyron and Cantal). It is a gloriously vast open space with undulating meadows, small lakes and flowing rivers. In short, it is a hiker’s paradise. While exploring this plateau, you’ll spot plenty of traditional mountain huts where local shepherds would call home while tending their flock. If you’re visiting in late May or June then you’re in luck. At the end of spring, the Transhumance Festival celebrates the moving of the cow herds to the upper summer pastures at l’Espérou for the summer months. The animals get adorned with bells and flowers and the event is a real treat – it’s a window into traditions that have been the same for centuries. 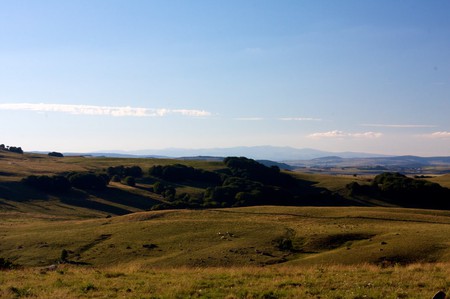 Aubrac plateau in the Cevennes | © Benjamin Claverie / Flickr
Give us feedback