A French Teaching: the Art of the Marionette 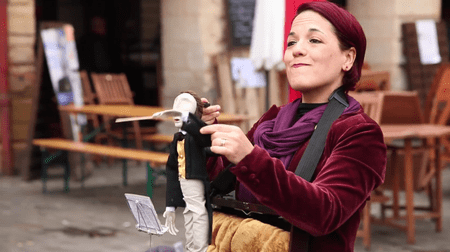 Denounced in parts as a childish pursuit, capable of only the lowest humor, puppetry is in fact one of the world’s ancient art forms, with roots in five continents stretching back over four millennia. This dismissal, however, ignores the skill of contemporary marionettists, like those in France who train for years in order to tell complex stories full of subtly expressed emotions through little more than the manipulation of hand or string.

The history of puppetry in Europe

Puppetry in Ancient Greece and Rome can be traced back with some confidence to a small number of clay and ivory dolls fashioned around 500 BC that have been retrieved from the tombs of children. Skeptics believe that the small size of the figures precludes meaningful articulation, while many take the iron rods, and occasionally strings, extending from their heads as proof of a rudimentary form of the art. 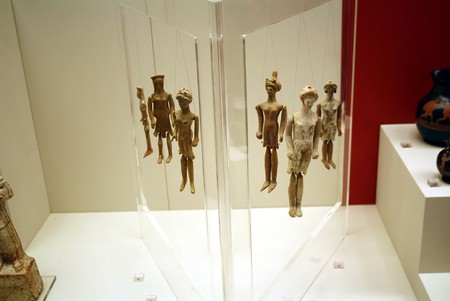 Regardless, references to puppetry are made in the writings of both Plato and Aristotle, with the latter describing the use of controlling strings for heads, hands, eyes, shoulders, and legs. It is likely that Homer’s The Iliad and The Odyssey, as well as a variety of Greek plays, had been told using puppets during the earlier decades of the Classical period.

Several centuries later, the early Christians in Rome used puppets to tell morality plays. It is widely believed that the word ‘marionette’ derives from the Virgin Mary dolls used. Over time, puppeteers increasingly incorporated humor into their performances and the Church subsequently banned them. This had the unexpected consequence of stimulating the creation of Italy’s Commedia dell’arte, the first form of professional theater.

The history of the marionette in France

It wasn’t until the early 19th century that puppetry in France gained its own unique character. Poorly educated but with an indomitable entrepreneurial spirit, Laurent Mourguet made a living on the streets of Lyon by performing a host of odd jobs, including, if you can believe it, al fresco dentistry. At first, he attracted people to his stall and distracted them from his anesthetic-free procedures with puppet shows featuring Polichinelle, a Frenchification of the Commedia dell’arte character Pulcinella, who was also the inspiration for Punch of Punch and Judy. 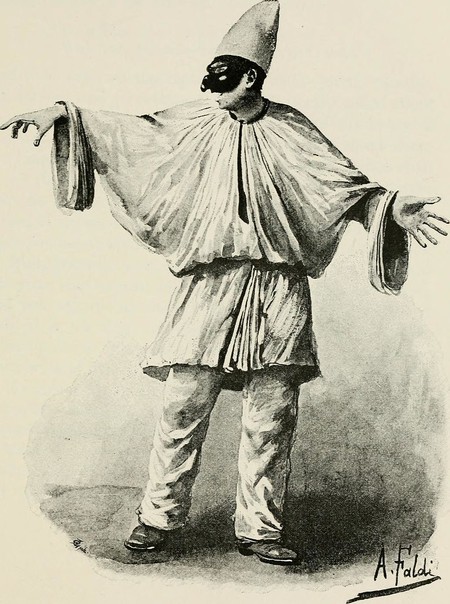 His surprisingly effective tactic led Mourguet to develop his shows in 1808, introducing two new characters: the unshaven, red-nosed Gnafron, apparently based on his wine-loving friend Père Thomas, and the bug-eyed, button-nosed Guignol, modeled on his own appearance. The open expression and down-to-earth nature of the latter made him an instant hit with working-class audiences. Over the following years, in part thanks to Mourguet’s 16 children dispersing across France and taking their father’s most famous doll with them, Guignol cemented his place in French popular culture. 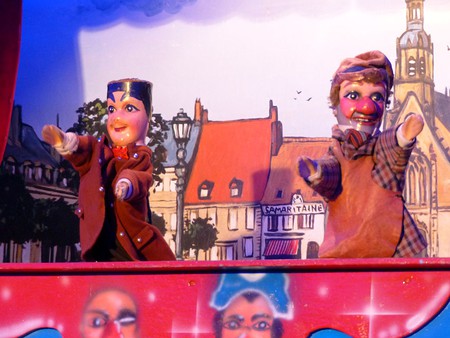 In the middle of the 20th century, puppetry in France experienced a kind of revolution: the families who had been passing down this folk tradition for generations suddenly found themselves confronted by a new breed of marionettists who sought to raise the social status of the art form. This attempt at elevation was confirmed with the first World Festival of Puppet Theatres in Charleville-Mézières in 1961.

Over the course of the next fifty years, it became commonplace for puppeteers – whose role has evolved from manipulator to interpreter and even actor – to embrace a whole manner of techniques in their performances, as well as elements of video, dance, and music. This versatility in the art form has, in turn, attracted interest from theater and film directors, who have been keen to integrate its visual and dramaturgical codes into their own work.

There are notable troupes in practically every town in France and some have even garnered global attention in recent years. Royal de Luxe, which was founded in Aix-en-Provence in 1979 and moved to Nantes a decade later, is renowned for its storytelling on a vast scale. It tells stories that sometimes last several days and traverse entire cities, using 12-meter-high (almost 40 foot-long) marionettes, attracting astonishing crowds – as in November 2010, when 3.5 million people watched their contribution to the bicentennial celebrations of the Mexican War of Independence in Guadalajara.

Learning the art of the marionette

The Institut International de la Marionette in Charleville-Mézières is dedicated to training, creation, and research in the field of puppetry. The first of these three priorities is delivered through its prestigious École Nationale Supérieure des Arts de la Marionnette (ESNAM). The only school in France of its kind, actor-puppeteers learn their craft here during a rigorous three-year degree, which places an emphasis on project-based teaching and an interdisciplinary approach to puppetry.

ESNAM also offers workshops and a research center for professionals, as well as an ongoing program of events for the public.

In Paris, the home of contemporary puppetry is Le Mouffetard – Théâtre de la Marionnette, located off the famous cobbled street in the 5th arrondissement. The enormous diversity of shows it stages throughout the year cater to both children and adults and combine theater, dance, visual arts, and cutting-edge image and sound technology.

In 2017, the theater will be mounting the 9th edition of the Biennale Internationale des Arts de la Marionnette between May 9 and June 2. The theme of this year’s festival is ‘finding one’s place’ and the stellar lineup of performances will tackle themes such as exile, the plight of climate, economic migrants, as well as refugees.

The 19th World Festival of Puppet Theatres will also be held this year in Charleville-Mézières from September 16 to 24. A full program will be released in June but, as in recent years, it will feature around 400 performers from France and around the world, and encompass 40 venues across the city, as well as its public spaces.

For more traditional forms of puppetry, there are fourteen theaters in Paris where you can catch a Guignol performance, and the best of these are listed in our dedicated guide to marionettes in the capital. You’ll find similar puppet theaters in all French cities, particularly in the art form’s French home, Lyon, which also boasts Le Petit Musée de Guignol.