A Brief History of the World-Famous Carlton Intercontinental Hotel, Cannes 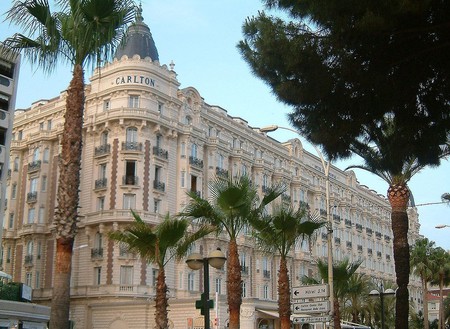 The Carlton Intercontinental in Cannes is legendary | © Christophe Finot / WikiCommons

The Carlton Intercontinental Hotel in Cannes is one of France’s most famous hotels. Built at the turn of the 20th century, it has a reputation as legendary as its guests. It’s been the backdrop for films as well as global political events and is still the place to see and be seen in Cannes. If you can get a room here during the Cannes Film Festival, or a window table in the restaurant, you really know you’ve made it.

At the turn of the 20th century, summer holidays were changing in Europe. Before then, trips to the French Riviera had involved keeping out of the sun and staying up in the hills above Nice and Cannes. Large hotels had been built in the 19th century to house the thousands of people who started to holiday on the French Riviera, including Queen Victoria, who stayed in Nice. In 1911, a railway had been built, meaning that people could flock into town at the same time as the flowers in Cannes’ Marché Forville could be sent out. As suntans became fashionable, holidayers started to move from the hills to the coast, and they needed new hotels to accommodate them. 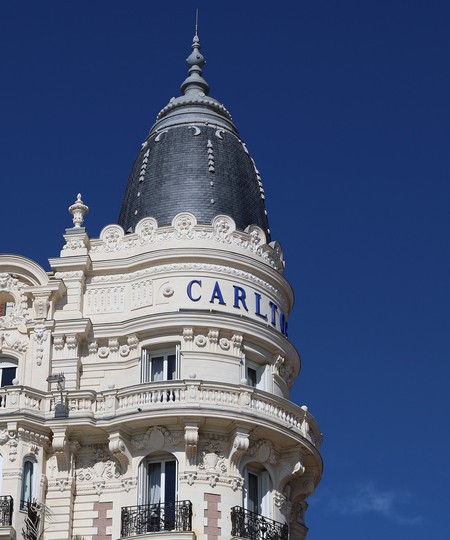 The famed domes of the Carlton |  © MrJayW / Pixabay

The hotel has 345 rooms and is situated at the head of the famous Croisette, with its own private beach. Businessman Henry Ruhl (who was Swiss at birth but obtained British nationality) built the hotel with his friend, architect Charles Dalmas. The giant domes were designed to celebrate the breasts of Caroline Otero, a famed courtesan pre-World War I. The Carlton also has strong links to the Russian aristocracy – it was part-funded by the Russian imperial family and Grand Duke Michael Alexandrovich visited frequently, often taking tea at five o’clock in the hotel bar. 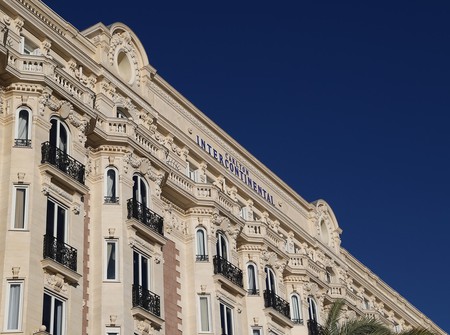 The hotel became a magnet for global events

The Carlton Hotel’s motto is ‘live with the times and leave a mark on history’ and it has certainly been at the heart of key moments in European politics. In January 1922, it hosted the first League of Nations conference to try to maintain peace in Europe after the end of World War I. In 2011, ninety years later, the Carlton was the location for the G20 summit when France was the host country. When the French government decided to create the Cannes Film Festival in 1939 to give France a pre-eminent role in world cinema, the Carlton became the place to stay, to eat, to be seen and to do business. It still is today – people still flock to the Carlton for the best tables, rooms and parties.

The hotel has been the location for film shoots

In 1954, Alfred Hitchcock chose the Carlton as the base for his shoot for the film To Catch a Thief starring Grace Kelly and Cary Grant. Hitchcock even sent the film’s screenwriter to stay at the Carlton for two weeks when he wrote the script because he had never been to the south of France. Key scenes are set in rooms 623 and 625 and at the local flower market. Much of the film was also shot on the hotel’s private beach. Hitchcock was a big fan of the Carlton and after The Birds was screened at Cannes in 1963, the director hosted a dinner for 300 guests at the hotel. 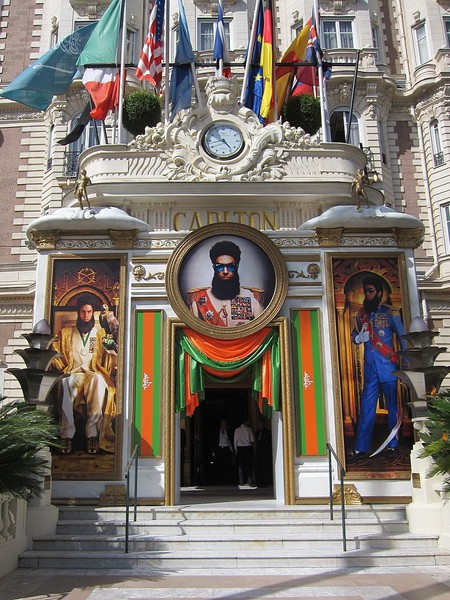 The Dictator movie takes over The Carlton |  © Bex Walton / WikiCommons

The hotel has long been a draw for celebrities

Grace Kelly met Prince Rainier in Cannes at the 1955 Film Festival and after she became Princess of Monaco, she was a regular visitor to the Carlton Hotel. Elizabeth Taylor has visited with all seven of her husbands. With such major stars staying at the hotel, certain diva-like demands have been reported: Faye Dunaway asked for her bath to be filled with gallons of goat’s milk. The hotel is a must for the winner of each year’s best actor and best actress accolades.