A Brief History of the Galette, France's Take on Pizza 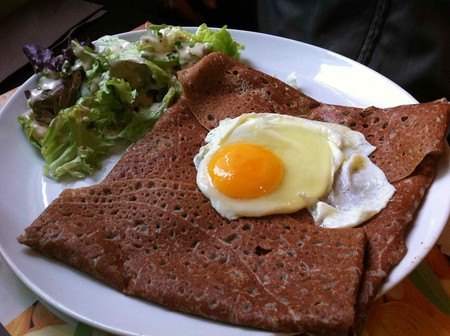 Italy might be famous for its pizza, but there’s a lesser-known take on the dish that comes from the region of Brittany, France. The Breton galette is a local delicacy complete with its own traditions – and the French can get very protective over its unique characteristics.

A galette or, more specifically, a Breton galette, is often described as the French version of pizza. It essentially looks like a large grey or dark brown pancake. However, the key difference between this dish and the French crepe is that these so-called ‘pancakes’ are savoury, rather than sweet. 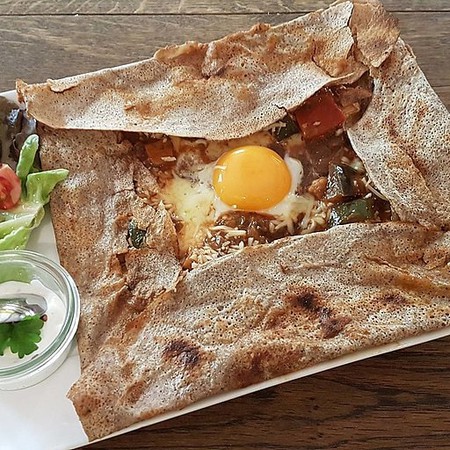 The French are very particular over the distinction between a galette and a crepe and one should never be called the other. Crepes are usually made with wheat flour and served with a sweet filling, while galettes are made with buckwheat flour. Typically, crepes are smaller in size than Breton galettes, partly since they tend to be enjoyed for dessert (galettes are served as a main meal). To add to the confusion, you can even order a galette from a French crêperie. 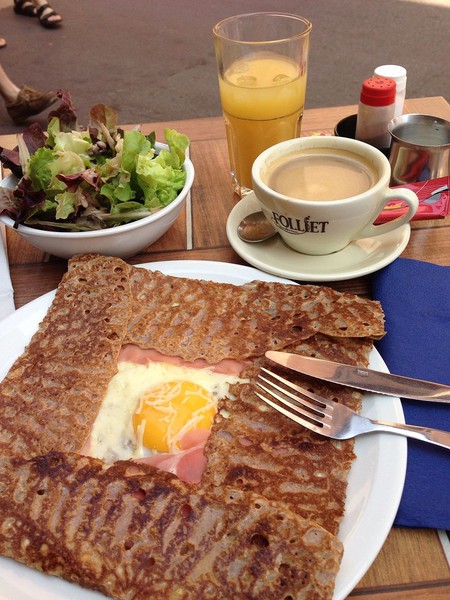 The Breton galette is associated with the region of Brittany, where historically, it has been more of a staple food than bread. Buckwheat was introduced in the 14th century as a crop capable of surviving on the impoverished soils of the region. The production of buckwheat reached its peak in the 19th century.

The buckwheat crop was also cultivated in other regions with similar soil, such as Limousin and Auvergne. Nowadays, however, galettes are eaten anywhere across the country, regardless of soil type.

The savoury filling added to galettes can include anything from cheese and cut vegetables to eggs, meat or fish. One of the most popular varieties consists of grated Emmental cheese, a slice of ham and an egg on top.

In Brittany, this cheese, ham and egg mix is known as a galette complète and is something of a regional treasure. The galette saucisse (hot sausage galette) is typical to the town of Rennes, where it is a popular treat.

While French cuisine is usually accompanied by wine, the galette is traditionally enjoyed with cider sipped from a bowl, a quirk that makes it unique among French foods.