A Brief History of the Cap Camarat Lighthouse in St Tropez 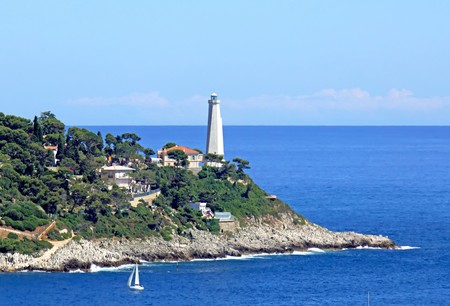 The lighthouse on the coastline of Cap Camarat in St Tropez is a much-loved local monument. Here’s a history of this amazing building, which has one of the most truly spectacular views over the Mediterranean.

Cap Camarat is the name of one of three headlands jutting out into the sea around St Tropez. It’s undoubtedly the most wild of all three capes; its nature and vegetation is heavily protected by conservation societies. It has just one accessible beach (called Bonnes Terraces) which is an amazing place to swim after a little hike downhill, although it is more easily reached by boat. 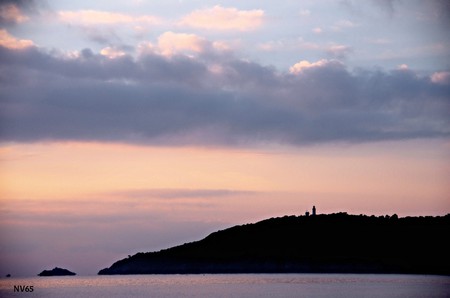 The lighthouse was built in 1829 and is the second highest lighthouse in France (if you take the height of the light as a measurement) at 130 metres (426 feet) above sea level. The name, Cap Camarat, comes from a 14th-century manor house that was situated nearby. Napoleon built defenses here (the remnants of an arsenal are still evident) and the area, including the lighthouse, was occupied by the Germans in the Second World War. The lighthouse was attacked by Allied bombers in 1944 but no major damage was done. In 1977, the Government bought the area and it has been heavily conserved ever since.

The lighthouse gives out four white flashes every 15 seconds and sits on top of a small one-storey keeper’s house. It is painted black and white, and is very stylish.

People love hiking around the area because of the wonderful wildlife. Lizards are very common and the Cape is home to the Hermann tortoise, the only tortoise species that is native to France – and sadly under threat of extinction. It’s a great place to spot peregrine falcons and gannets. There are some wonderful species of trees, some of which were destroyed in a fire in 2006 but others have since been replanted. 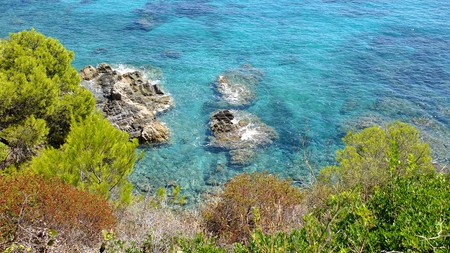 The views over the sea are amazing | © Tredok/Flickr

You can walk around the entire headland of Cap Camarat; it actually forms one stretch of a longer coastal path that starts in the St Tropez town centre.