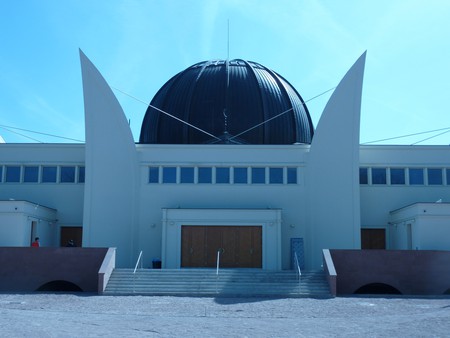 Strasbourg Mosque or Grande Mosquée de Strasbourg travelled a long and winding 20-year road, not without obstacles. Located on a beautiful spot on the banks of the Ill, just south of the Grande Île historical center, it was the largest in France at the time of its inauguration in 2012.

By its position in the heart of Europe, on the border between France and Germany, Strasbourg is a city known for cultural tolerance. By the scars of its history, this is one city that knows first-hand the ravages that division and animosity can engender. 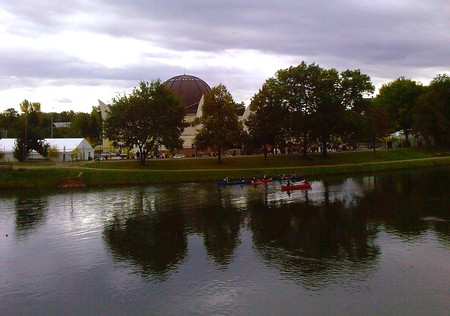 When Italian architect Paolo Portoghesi, an admirer of Islamic architecture, conceived the temple, it was meant to occupy 5,000 square meters, with a 28-meter-high minaret. He would have to be patient. What makes Alsace so unique also made the process all the more complex because of a quirk of history.

When France implemented the laïcité policy in 1905 separating church and state, Alsace was German, meaning that the region was not bound by the law preventing the state from funding religious buildings. Although Alsace later adopted laïcité, it retained certain exceptions and to this day, the region is involved with subsidies. And, unlike the rest of France, it allows religious education in public schools. Litigation with the builders and objections to the sources funding of the Strasbourg Mosque delayed construction. From 2004 when the foundational stone was laid, it took eight long years to arrive to the ribbon-cutting ceremony presided by France’s Prime Minister on September 27, 2012. 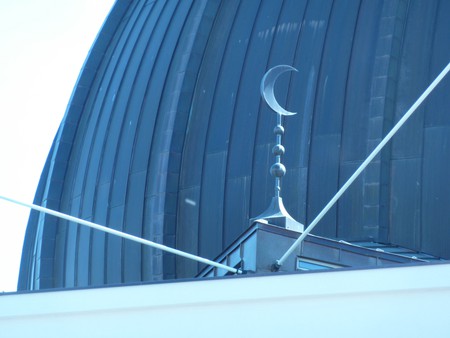 Detail of the copper-covered dome, in dialogue with the copper-clad architecture found in old Strasbourg | ©Stéphane333/Flickr

After the first idea became a no-go, architect Portoghesi reworked his original design, coming up with a building that occupies a total of 2,000-square-meters with a capacity for 1,500 people, featuring an impressive 20-meter cover coated dome,. “The location is splendid”, he said. “There’s a canal, a river and trees. Inserting the building into this plot is fascinating. And of course water is so symbolic. In my design I tried to filter the past to the present, so that it is respected and is an element of identity.” 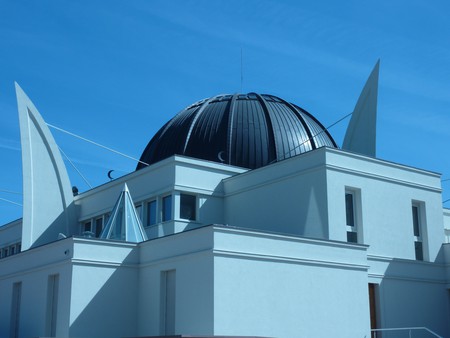 Thoughtful nods to the local architecture are found in the copper used on the dome, echoing copper-clad structures in the old city, and the material used for the walls, the beautiful regional stone grès des vosges . The interior has a soft, diffused light, coming from windows hidden behind intricate calligraphy. Every detail draws from a long tradition of Islamic art. A great way to learn more about this area of art history is to visit the sensational new Islamic Art galleries in the Louvre, which in a highly symbolic gesture were inaugurated just five days before Strasbourg’s Grande Mosquée, on September 22, 2012. One of the groundbreaking elements of the building is the unified open space with no supporting columns, thanks to the system of cables attached to the outside pillars, inspired in the technology used by suspended bridges. Saïd Aalla, President of the Grande Mosquée de Strasbourg in 2011, said that it reminded him of a “flower opening next to the water, with the pillars holding up the dome resembling giant petals”.