A Brief History of Nantes Cathedral 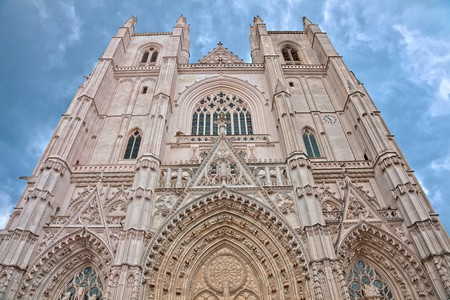 The majestic frontage of the Nantes Cathedral | © Nicolas Raymond / Flickr

Nantes’ Cathédrale Saint-Pierre-et-Saint-Paul, known locally as Cathédrale Saint-Pierre, is a Roman Catholic church situated in the heart of Nantes. Listed as a ‘monument historique‘ since 1862 by the French Ministry of Culture, its two iconic towers dominate over the red rooftops of the city. Here is a brief history of this imposing landmark in Nantes, very much a part of the city’s past and present, and loved by locals and visitors alike.

Four buildings are considered to have stood on the site that the Nantes Cathedral occupies today. Before any Christian religious buildings were located here, a Druid temple covered this spot, thought to have been constructed in dedication to a Roman god. Then, in the 4th century, the first of three cathedrals was constructed here, with some remains from the current day’s cathedral predecessor displayed in the Dobrée Museum in Nantes.

It took over 457 years to finish

Construction of the Nantes Cathedral began in 1434 and was the start of over four centuries of work. The Gothic facade was completed by the end of the 15th century, with the towers being constructed around 1508. Finally, in 1891, the cathedral was inaugurated. It looks very much the same today, only going through occasional restoration phases – after the June 15, 1944 bombings, for example, which caused major damage and then a fire that devastated the roof in 1972 – rather than dramatic changes. The nave of the cathedral is 37.5 metres high, four metres higher than Notre-Dame in Paris. 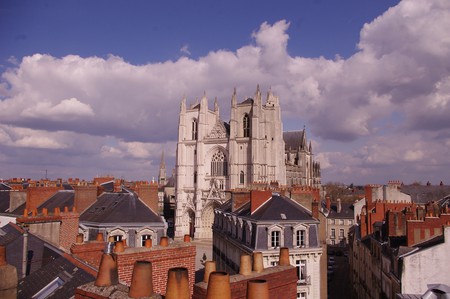 The skyline of Nantes | © adrien0 / Pixabay

The tomb of a duke – a masterpiece of French sculpture

The tomb of François II, Duke of Brittany and his wife Marguerite de Foix is one of the highlights when visiting the cathedral. It’s the work of sculptor Michel Colombe and architect Jean Perréal and took over five years to finish, from 1502–1507, having been commissioned by Anne de Bretagne to honour the memory of her parents. It is considered a masterpiece of French sculpture, effortlessly combining Italian and French styles and representing a link between the Middle Ages and the Renaissance era.

The marble it was constructed from was considered a noble material – befitting for a duke – and you can see François II and Marguerite de Foix represented with clasped hands and closed eyes, wearing a ceremonial costume (large coats lined with ermine) and a fleur-de-lis crown. Twelve apostles and four women who represent temperance, strength, prudence and justice encircle the couple. 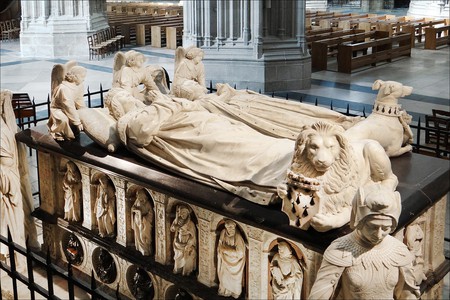 During the French Revolution (1789–1799), the cathedral was used as a military observation post in the Battle of Nantes in 1793. A 10-metre-high wooden tower was built on the south spire from which the city could be fully surveilled by telescope and military decisions were made based on the current situation viewed from this elevated spot.

The cathedral is illuminated, even on the most gloomy of days, by 500m² of colourful stained glass. It really is a stunning sight. Don’t miss the 11th-century Roman crypt, from which you can explore a bigger, second crypt that dates back to the 19th century. This larger space holds a permanent exhibition on the history of the cathedral, perfect for piecing together the past of Nantes’ largest landmark. 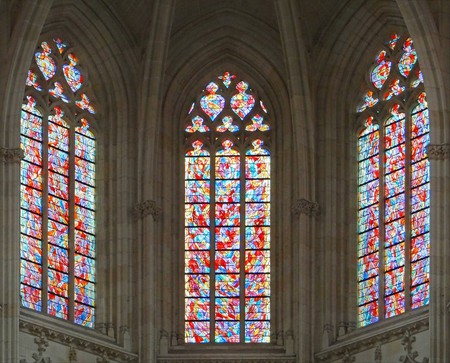